The basic ingredients of sushi are: raw fish, boiled white rice, vegetables, rice vinegar and nori seaweed. There are only two traditional sauces that accompany sushi and they are soy sauce and wasabi. 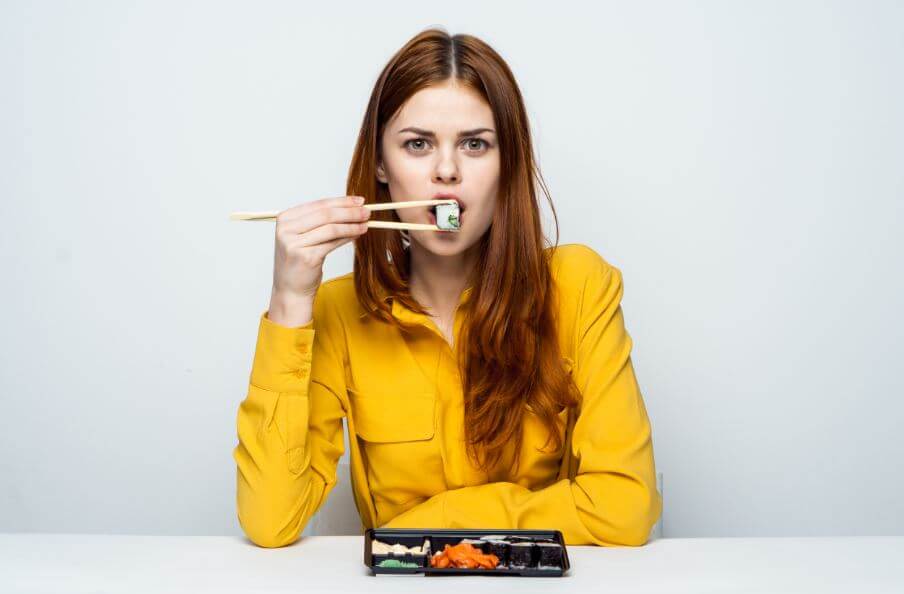 Sushi is a dish that originates from Japan, and it’s generally accompanied by sesame and salmon or trout according to different tastes. Sushi can be prepared with either raw fish or smoked fish and marinated with rice vinegar, sugar or salt. It can also include other different ingredients such as vegetables and seafood. However, the question arises, is sushi healthy?

Sushi contains omega-3 fatty acids that are usually found in fish. Omega-3 fatty acids are beneficial for the cardiovascular system and are a natural anti-inflammatory. This fatty acid plays an important role when it comes to brain function.

Let’s analyze some of the ingredients in sushi to see how healthy it really is.

The drawbacks of sushi

Sushi has benefits, however, it’s not completely healthy. If you’re going to prepare sushi at home while being mindful of the ingredients you add, feel free to treat yourself from time to time.

Are Vegan Athletes Really at a Disadvantage?
Plant-based diets are becoming more popular everyday for it's great effects on health. However, some may think that vegan athletes are at a disadvantage. Read more »
Link copied!
Interesting Articles
Diet and nutrition
Is Caffeine Healthy?

The scientific literature shows that caffeine is an ergogenic substance and has certain benefits. These include being able to delay the onset of fatigue and improve athletic performance, and it…

Diet and nutrition
Benefits of Fiber for Athletes

Dietary fiber is a really important nutrient that helps keep your intestines healthy and can help prevent certain medical conditions.…

CROSSFIT
Keto Diets and CrossFit Training: Do They Go Together?

Finding an activity that can truly motivate change is key for anyone. Participating in a sport is known to be…

Fructose is the sugar that's naturally found in fruits. Sports drinks and gels that athletes frequently consume, contain it. Consuming…