The Greatest Foods Rich in Antioxidants for Athletes

Blueberries contain anthocyanins. These are flavonoid compounds with a high antioxidant power that fight against the formation of free radicals. What other foods have this property? Keep reading to learn more! 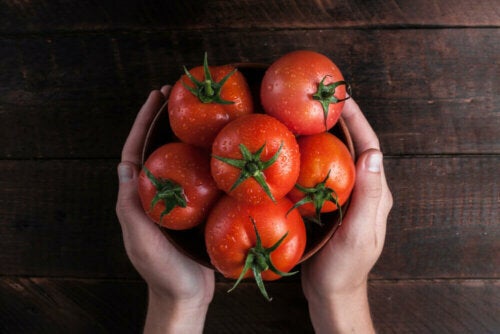 Antioxidants are substances capable of reducing or mitigating cell and muscle damage. These are of special importance in athletes since intense physical exercise increases oxidation markers. This, as a result, could accelerate aging unless the individual follows a proper diet.

Furthermore, cell damage has a certain relationship with the risk of injury. In this way, by maintaining a good diet, the incidence of muscle breaks reduces, along with ailments associated with lean tissue.

Now, in this article, we’ll be talking about the foods with the highest amount of antioxidants so that you regularly include them in your diet. Don’t miss them!

Blueberries: a fruit rich in antioxidants

Blueberries, like other red fruits such as açai or raspberries, have a great antioxidant character. This is due to the presence of some phytochemicals in its composition, called anthocyanins.

These substances have the ability to fight oxidative stress and the formation of free radicals, as stated in an article published in the International Journal of Molecular Sciences. Wild fruits, in general, are rich in this flavonoid.

For this reason, we recommend everyone, both sedentary people and athletes, includes them regularly in their diets. Consuming them after strenuous exercise can help to stimulate the recovery processes of muscle tissue. In addition, they help to reduce the formation of free radicals associated with the development of long-term pathologies.

Tomatoes contain a substance called lycopene, which has high antioxidant power. According to a study published in the Food Chemistry journal, this nutrient is capable of reducing cardiovascular risk by reducing the oxidation of LDL lipoprotein.

Lycopene, due to its ability to protect against the development of prostate cancer, is essential to guarantee a correct state of health in men. In addition, in the case of athletes, it has even more value since these individuals present higher levels of oxidation and cell damage.

Turmeric: one of the most antioxidant spices

This is one of those fashionable spices. Turmeric comes from Asian countries and has a substance inside it called curcumin, which is characteristic for its antioxidant power.

Currently, researchers are investigating the effects of supplementation with this nutrient when it comes to improving muscle recovery. However, some studies show it reduces tissue damage. The only element missing is whether or not it interferes with the muscle’s adaptations to exercise.

Likewise, it’s necessary to clarify a protocol for its implementation as a sports supplement. For now, it seems quite clear that including this spice in your diet reduces the appearance of free radicals. In addition, its regular consumption has to do with the prevention of complex diseases.

Tannins are present in grapes, and they’re the reason why research recommends including a glass of wine in your diet to promote cardiovascular health. Currently, the recommendation against alcohol has changed. As of now, its consumption is discouraged at any dose.

However, the intake of grapes has a positive impact on the prevention of complex diseases thanks to the presence of tannins. In sports, these substances are capable of preventing and mitigating cellular damage. This, in turn, helps to fight against the processes that cause aging.

Adding antioxidants to your diet

To keep the formation of free radicals under control and reduce the risk of muscle injury, it’s essential to include antioxidants in your diet. For this, it’s necessary to resort to plant-based foods since they’re rich in this class of nutrients.

Fruits such as berries, red vegetables, and spices are rich in flavonoids and phytochemicals with these characteristics. As previously mentioned, consuming them regularly helps to control inflammation and muscle damage.

However, it isn’t necessary to supplement the diet with excessive doses of antioxidant compounds, at least not yet. A high consumption could interfere with muscular adaptations to exercise and limit the super-compensation process. Now, in the right amounts, it’s positive to add vegetables rich in antioxidant substances to your diet.

Properties and Benefits of Red Berries
We often use red berries as a decoration, but they're actually much more than that. They can offer plenty of health benefits for our bodies. Read more »
Link copied!
Interesting Articles
Diet and nutrition
Is Intestinal Health Vital In Sports?