Do You Know What Your Somatotype is?

Genes, diet and physical activity all define your body shape; somatotypes, or types of body shape, take their name from layers of tissue: endoderm, mesoderm and ectoderm. 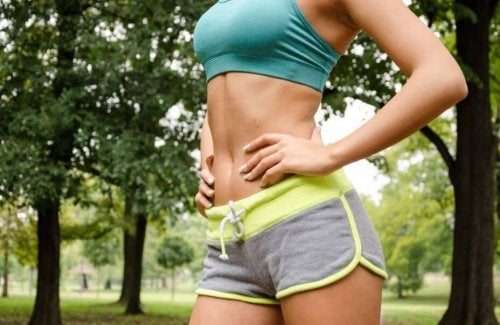 Knowing the different somatotypes will determine the type of diet, the level of training and the amount of recovery you need. Bone structure, muscles, and fat accumulation, along with other personal characteristics, will give you the answer to what your somatotype is.

Psychologist William Herbert Sheldon studied the different shapes of the human body and he associated them with moods. This way, he identified three somatotypes: ectomorph, mesomorph, and endomorph. Knowing your somatotype will condition your diet, your training, and recovery.

Type of body shape has its foundation in genetics; muscle fibers and genotype define the volume of the body. These fibers divide into slow twitch (or red type I) and fast twitch ones (or white type II). They’re in charge of muscle growth during exercise.

Human muscles have a great ability to adapt to stimuli and effort. Constant training can increase muscle mass and people who don’t do any physical activity end up with atrophied muscles.

But not everything’s genetics of course; you can still get in shape no matter your genes. It’ll depend on the ability of your body to build muscle, store fat or muscle tissue, and body structure.

Humans can’t be 100 percent of one somatotype

No human being is just one somatotype: it always comes down to a combination of several body shapes. Gender, age, growth, exercise, environmental and cultural factors, skin complexion, as well as your workout routine. These factors all play a role in how your body looks.

What is your somatotype?

In order to know what body shape you have, you can measure the circumference of your wrist. An easy way to do this is by wrapping your thumb and your index finger around it; if it’s really easy to bring those two fingers together, then you’re an ectomorph. If it’s hard to do, then you’re a mesomorph. Finally, if you’re able to do it normally, then you’re somatotype is that of an endomorph.

Endomorphs are more likely to be obese than other somatotypes. Good absorption of foods make them gain weight easily, have saggy skin and usually a rounder body shape. Fat storage in the abs for men, and in the hips for women, both characterize this category. Their diet must be strict and include low-calorie foods.

Their muscles tend to be weak, as well as their blood flow, therefore they have a slow heart rate, enter puberty later than the rest and have low blood pressure. They’re prone to be sedentary and they’re usually joyful, kind, extroverted and optimistic.

Endomorphs produce more insulin, which means that the process that allows glucose into the cells happens more easily. That’s the reason they’re prone to morbid obesity.

They have strong muscles. Flexibility isn’t their forte, but they’re good at high-intensity exercises due to their high levels of adrenaline.

In general, they have short limbs and solid bones; they have a wide ribcage and their shoulders are wider than their hips. Weightlifting or American football is their preferred way of exercising, just like other resistance sports, paddling or gymnastics. They enjoy having active lifestyles and their insulin efficiency makes their body seize caloric intake.

Their long limbs and weak blood flow make them slower in strength exercises. When they stop training, they lose strength and muscle mass; however, they do keep their ability to stretch, even with low physical activity.

They’re usually tall, thin and fragile, which makes them excel in sports such as cycling, swimming and running. Usually, it’s easy for them to tone and define their muscles, but when it comes to bodybuilding, it’s definitely harder. Their fat proportions are lower than that of other somatotypes.

A great characteristic of ectomorphs is that they have really fast metabolisms. They have a high caloric expenditure even when they’re resting and digestion also spends their energetic resources. Ectomorphs are those who can eat what they want and never get fat.

The somatotype of athletes

Athletes are usually mesomorphs, although this can change depending on the sport. Those who practice aerobic exercises are ectomorphs in general, whereas as contact sports are preferred by mesomorphs.

Body Shaping: An Exercise Routine that Gets Results
If you want to get in shape, check out this excellent body shaping exercise routine. Read the article to learn more about this efficient fitness plan. Read more »
Link copied!
Interesting Articles
Fitness
The Triple Crown of Sports

CROSSFIT
Keto Diets and CrossFit Training: Do They Go Together?

Finding an activity that can truly motivate change is key for anyone. Participating in a sport is known to be…

This adventure sport is practiced in river gorges and canyons, with the goal of getting over different natural obstacles. Want…

Due to the quarantine caused by the coronavirus, we're spending more time than ever at home, and for many, this…

If you're used to escaping to the ski slopes to practice your favorite sport, whether you're a novice or an…