Learn How to Play Cricket

Cricket is a sport born in England that's now popular in other countries, such as India and South Africa. Some of its rules have been taken from baseball. Learn how to play cricket in the following article. 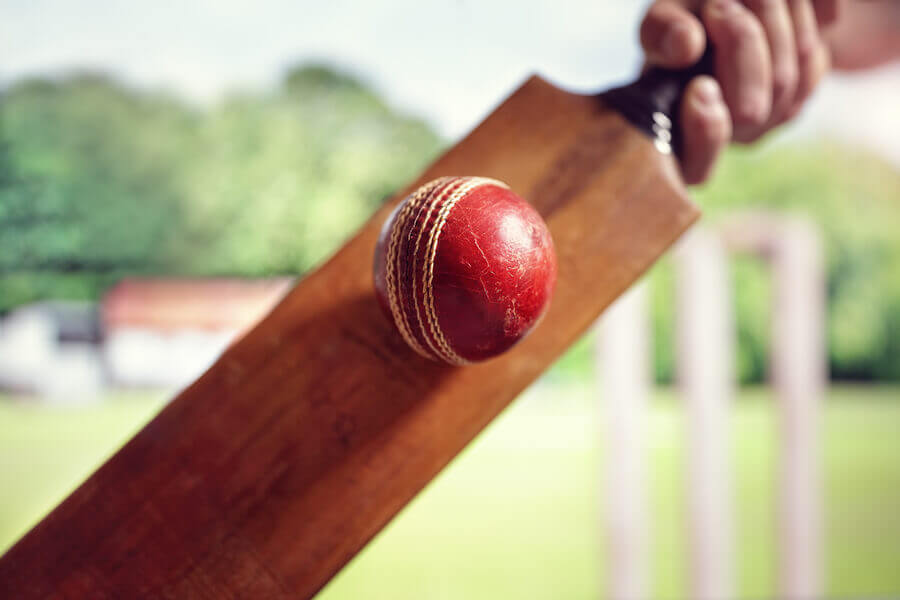 Cricket is a sport that involves using two different elements: A bat and a ball. You could say that it’s the English counterpart of baseball, although they’re different disciplines. In this article, we’ll tell you about the history of this sport and how to play cricket.

The history of cricket

The origins of cricket are somewhat of a mystery, although many believe it traces back to a group of children during the Middle Ages in the British towns of Sussex and Kent. At the same time, another theory states that Prince Edward of Nawenden practiced it during the 1300s.

This sport is also has a certain Flemish influence due to a poem by the playwright John Skelton in 1533. He indicated that the Flemish are, “The kings of the crekettes”, using curved sticks to hit a ball.

What we can say is that cricket is a full-fledged English sport. In the 19th century, the rules were set and in 1975 the first World Cup took place.

Besides being a popular sport in England, it’s also common in countries of the British Commonwealth of Nations–including Canada, Australia, and Jamaica. What’s more, on the Indian subcontinent, it’s a mass sport.

The basics: how to play cricket

Cricket pits two teams of eleven players each against each other on an elliptical grass field that’s similar to that of soccer in its dimensions. In the middle of the field is the pitch, which is a rectangular, grassless area.

The objective of the game is to score runs. The batters play in pairs, one at each end of the pitch. Just like in baseball and softball, the idea is to hit the ball as far as possible so that the outfielders can score a run.

A game may consist of one or two innings per team. In the latter case, the game takes place over the course of three to five days. This depends on whether it’s a national or international match. Each day, the play lasts for six hours–three sessions of two hours each. And there are also two breaks: one for lunch and one for tea.

The two most important elements of cricket are the bat and the ball. The first must be wooden (the handle is a combination of cane and wood). What’s more, it must have a maximum length of 38 inches, a width that doesn’t exceed 4.25 inches, and a weight of between 2.4 and 3 pounds.

As for the ball, it’s similar to a tennis ball, with a cork core and an outer layer consisting of rope. As it’s handsewn, it possesses certain imperfections. Therefore, it’s not completely circular.

There are different types of throws and, in some cases, they can reach 93 miles per hour. Everything depends on the capacity of the pitcher, the use of the ball, and the weather conditions as games take place outdoors.

Get ready to play cricket

If you’re interested in playing cricket, you need to meet certain basic conditions or requirements. Among them, the following are worth mentioning:

To play cricket properly, you need at least six stumps (pieces of wood to create the gate or wicket), four crossbars or bails, two bats, and a ball.

In some cases, the goalkeepers carry safety accessories. Other players wear long pants, long or short-sleeved shirts, and shoes with or without spikes. The uniforms are all white (or with some details in another color).

The cricket field is large, oval-shaped, and outdoor. It has a dividing line at the outer edge and in the center, the pitch. The field is ten meters long by three meters wide. The attack or batting lines are marked, as well as the return lines, the throwing lines, and the outside boundaries.

The goal of cricket is to score more points (runs) than the other team. The player that has the bat is the striker and the other team is the defender. The defenders hit the ball and the batters hit it, and then change position after each out.

These are central aspects of this non-Olympic game, as one of the ways to eliminate a striker is by hitting the wicket. Another way to get an out is when a pitcher hits the wicket and breaks it or when non-hitters break the gate before returning to the line.

There are many rules, so the best way to learn them is to go ahead and play cricket. Keep in mind that it’s a sport with a lot of tradition and well-marked routines. For example, games take place in the summer between the hours of 1 and 6 pm, with breaks for lunch and tea, all in the true British style.

Fitness
Why Is It Important to Include your Legs in your Workout?

Anyone who wants to have a rocking body wishes to gain muscle mass in their legs. These tips for using…

SPORTS PSYCHOLOGY
Can You Control Anger with Sports?

One of the reasons to start exercising is to learn how to control anger. Athletes, coaches, and psychologists know the…