The Fascinating History of The Copa América

The Copa América was the first international soccer tournament in the world, and has been around for more than 100 years. Find out more about it's long history in this article. 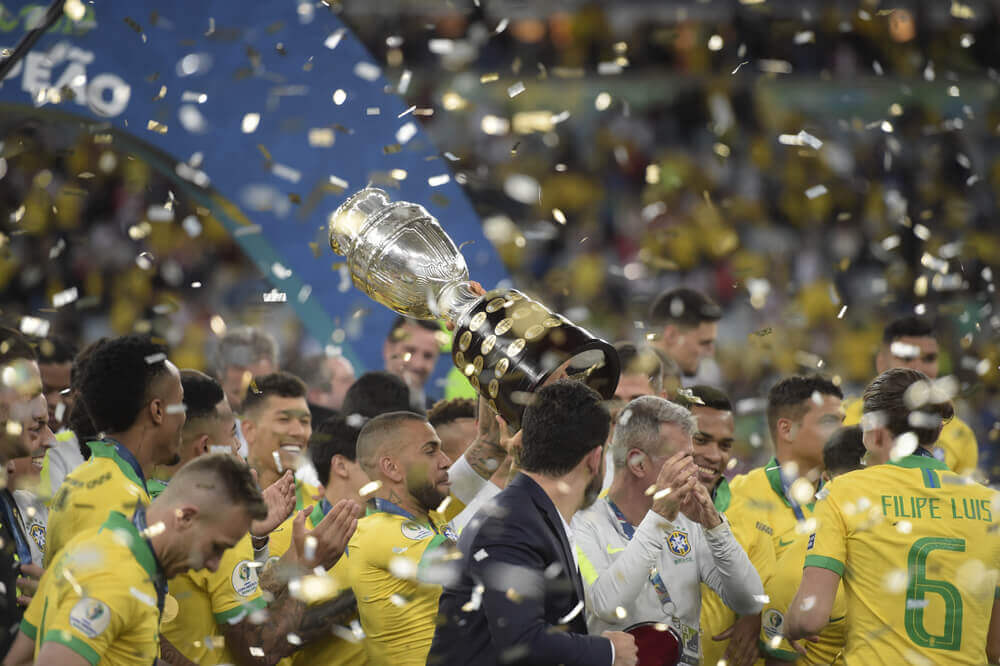 Four years ago, the Copa América celebrated its 100th anniversary. Organized by CONMEBOL, it’s the most important soccer tournament for teams throughout South America. As one of the oldest and largest competitions in the world, the Copa América has a rich and interesting history. We’ll tell you all about it in this article.

The history of the Copa América: early beginnings

At the beginning of the last century, soccer was quickly growing in popularity in parts of South America. This was especially true of Argentina and Uruguay, due to the arrival of large numbers of English immigrants. Since then, matches have frequently taken place between the two countries.

The first incarnation of what we know today as the Copa América was a series of matches between teams from Argentina, Uruguay, and Chile, back in 1910. These games were organized by Argentina, as a celebration of the 100th anniversary of the May Revolution.

Six years later, again in commemoration of another important national holiday in Argentina – Argentinian independence – the first edition of the Campeonato Sudamericano de Football (The South American Championship) took place. As well as the three countries that participated in the first tournament in 1910, Brazil also took part.

Uruguay were the first team to become champions. It’s worth mentioning that, at the time, this was the only international soccer contest in the world. Europeans later “copied” the format to create their own soccer championships.

The event’s success meant that the South American Football Confederation (CONMEBOL) was founded just a few months later, with the aim of organizing similar international meetings. The following year, they organized another South American Championship in Uruguay. The prize was a silver cup on a wooden stand, which was won by Argentina.

The 1923 and 1924 Championships were also held in Uruguay, with the 1923 edition serving as the qualifying tournament for the 1924 Paris Olympic Games (where Uruguay was named the champion).

In 1925, only Argentina, Brazil, and Paraguay took part in the championship. A year later, they were joined by Bolivia, and in 1927 by Peru, who hosted the event. In 1928, the champions and runner-ups – Argentina and Uruguay, respectively – qualified for the Olympic Games in Amsterdam.

The 1930s were a time of great disorganization and intermittency for the Copa América. Games were often played at no set intervals, and many of them were unofficial. Between 1945 and 1947, Argentina became the three-time champions, becoming the first team to do so.

The year 1975 is one of the most important in the history of the tournament, as it was then that the contest officially became La Copa América. What’s more, the “free-for-all” system that had been used up until that point was replaced by the group system. The winners of the group stages, along with the defending champion, would go through to the next round, with a sudden-death elimination system deciding the winner.

Tournament officials decided that the contest would take place every four years, with no fixed venue. This happened until 1987 and meant that more CONMEBOL affiliated teams could participate.

From 1987, organizers agreed that the tournament would take place every two years instead of four, with the ten members of the confederation taking it in turns to host the event. The teams were divided into two groups, with five teams in each one. The two best teams from each group would pass to the four-team match.

In 1993, two CONCACAF teams (North America and the Caribbean) were invited to participate: Mexico and the US. This time, the teams were divided into three groups of four, with the two strongest teams from each group qualifying for the next round.

From 1997 to 2007, Brazil gained a series of victories, winning four continental titles. The implementation of the rotating host system also meant that countries such as Colombia, Paraguay, and Venezuela hosted the tournament for the first time. Interestingly, Japan also took part in the 1999 edition of the tournament.

In 2007, the first rotation, which had started back in 1986, was finally complete. In 2011, officials decided that the tournament would once again take place every four years, in order to avoid clashes with the world cup qualifying games.

The latest edition of the Copa América, which was due to take place in 2020, had to be postponed as a result of the COVID-19 pandemic, and will instead be played in 2021. This means that it’ll coincide with the Eurocup, and start operating on the same schedule as other soccer confederations.

Finally, we want to take a quick look at the Copa América’s winning teams. Uruguay is the tournament’s most successful team with 15 titles under their belt, closely followed by Argentina with 14. Brazil is sitting in third place, with nine trophies to date.

There’s a huge gap between the South American teams, with Chile, Paraguay, and Peru only winning two titles each so far. Colombia and Bolivia have only lifted the trophy once, while the rest have never managed to win the coveted title.

The 6 Most Important Soccer Leagues in the World
Love soccer? In our post today, learn all about the soccer leagues that have won their way to the top spots on the IFFHS rankings. Read more »
Link copied!
Interesting Articles
MOTOR SPORTS
What Are The Different Motorsports?

BASKETBALL
What Are The Rules and Objectives of Basketball?

Basketball is one of the most popular sports in the world. Athletes play both as amateurs and professionals. In this…

MOTOR SPORTS
What Are The Different Motorsports?