Wheelchair sports have adapted their rules in relation to conventional sports. They play tournaments on a national and international level. Learn more in the following article. 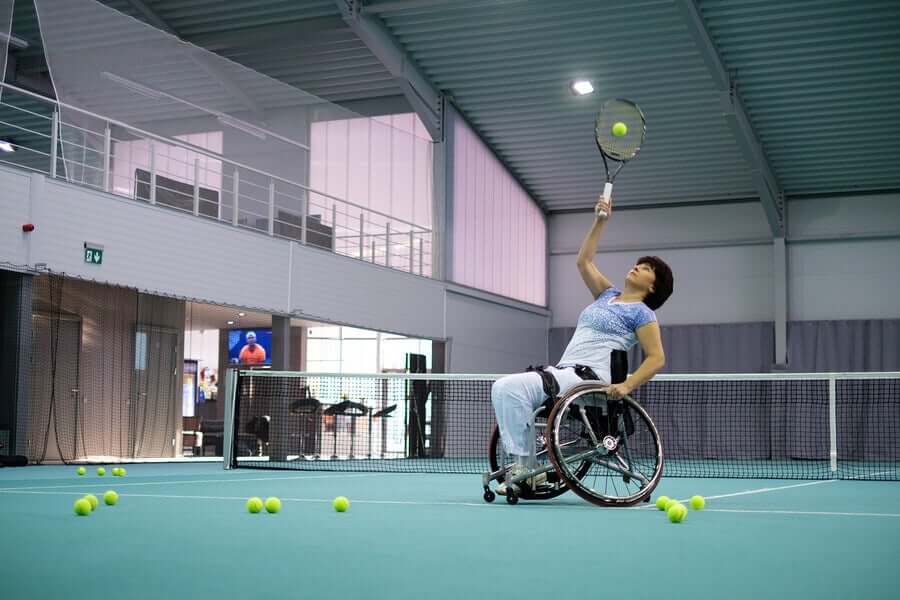 Within the world of adapted sports, people with physical disabilities can find ones that have been adequately adapted for their own particular condition. In the following article, we’ll tell you all about the main wheelchair sports.

Which wheelchair sports are there?

When the first Paralympic Games were organized, the world became aware of how differently-abled athletes can compete in different events. The athletes’ abilities shock spectators who watch the games in person or on TV.

However, what remains unknown is that behind these sports, there are huge undertakings occurring. Not only on the part of the athletes, but also their families, trainers, the national delegations, the Paralympic committees, and international federations.

There are currently 22 different Paralympic events, many of which require wheelchairs for competition. Here we’ll tell you about the specifics of each one:

This sport adapts the rules of basketball by requiring that each player uses a wheelchair. This requirement aims to level the playing field with respect to the particularities of the disabilities that individual players have. Just like in conventional basketball, there are two teams of five players each, and the games are divided into ten minute quarters.

Also known as adapted cycling, this sport derives from traditional cycling. The apparatus used is a manual tricycle. This enables people with disabilities in their lower extremities to compete. Athletes use a special vehicle that moves with the force of the arms. The front part of the apparatus has one wheel, while the rest has two.

Another wheelchair sport that deserves mentioning is adapted tennis. In this sport, the size of the court, ball, and racquet are the same as in conventional tennis.

One important difference is that in the Paralympic version, the ball can bounce twice and the second bounce can be off the court with no penalty for the other player.

In addition to being a Paralympic sport, wheelchair tennis has Grand Slams in three different categories. There are individual and doubles versions of male, female, and quad. This last category is for quadriplegic players, and players are permitted to have their racquet attached to their hand and can use electric wheelchairs.

The rules of wheelchair fencing are very similar to conventional fencing. The only difference is that the players sit in wheelchairs. The International Federation classifies fencers according to their abilities (without balance, with balance, abilities to cross their legs, handicapped to the elbow, etc.)

Wheelchair fencing is a sport that’s open to players with various abilities, strengths, agility, and techniques. The wheelchair is attached to the floor so that the fencers can move their trunk and upper extremities.

Adapted table tennis is organized under the guidelines of the International Table Tennis Federation, although the rules are slightly modified. It’s not only for athletes in wheelchairs, but it’s also open to athletes with cognitive disabilities.

In the case of the wheelchair category, there are various “grades” or classifications for players. These depend on whether or not the player can balance themselves while seated. Also if they have complete movement and functionality of their arms.

Even though this sport technically shares a name with rugby, in reality, the rules of the sport includes elements of basketball, handball, and ice-hockey. It was developed in Canada in the ’70s and has an international federation regulating it since 1993. It’s also now a Paralympic sport.

To close, we must add to the previous list some other important wheelchair sports. There are adapted badminton, adapted bocce ball, adapted shooting, and archery. Learn more about them during the next Paralympic Games!

What You Need to Know about the Paralympic Games
Physically, sensory and mentally-challenged athletes all participate in the Paralympic games. Learn what you need to know in our post today! Read more »
Link copied!
Interesting Articles
Fitness
5 Strategies to Be More Productive in Sport

Interesting Articles
Fitness
5 Strategies to Be More Productive in Sport