Home » Health » What is Pregorexia and What are the Consequences?

What is Pregorexia and What are the Consequences?

Many women experience excessive preoccupation with their weight and take some unfortunate measures against it. If this happens during pregnancy, it's called pregorexia and the risks are very high for mother and baby. 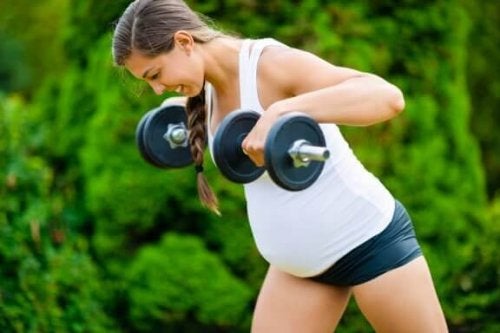 Pregorexia can appear during pregnancy and involves an obsession with the weight gained during gestation. Keep reading to find out more about this dangerous mental health disorder. In addition, find out what you can do if you or someone you know is suffering.

When a woman becomes pregnant, she knows, at least unconsciously, that she will become heavier even if she’s eating healthily. During the nine months of pregnancy, a lot of changes happen on the physical level. Weight gain is one of those changes.

Although the majority of future mothers accept this as part of the process, others refuse to gain a single pound more than they weighed before they became pregnant.

This disorder is known as pregorexia, a word that was coined from the combination of the words “pregnancy” and anorexia. This term was first used in the year 2008, in the United States of America. However, it’s been a problem for years, affecting many women all around the world.

If a pregnant woman is suffering from pregorexia, her main objective is to not gain weight and stay as thin as possible for the whole pregnancy. To do this, she will eat less than required. Additionally, she may fast for a prolonged period of time or “go on a diet“, even consuming just liquids.

This excessive preoccupation of her physique can even lead her to induce vomiting, take laxatives, or do exercise that isn’t appropriate in her condition. All of this, of course, has consequences that are more than dangerous for both her and her baby.

What causes this disorder?

The main cause of pregorexia is social pressure. In other words, a future mother may be influenced by ideal images of “the modern woman.” Likewise, she may also be influenced by reading news about celebrities who have maintained their weight during their pregnancy and after giving birth.

It may be a little difficult to understand how a woman can put the wellbeing of her child at risk for the sake of her own physique. However, this disorder is not intentional.

The mother has probably already had a problem with being overweight or could have had an eating disorder in the past. Eating disorders often reappear during this sensitive stage in life.

The main symptoms of pregorexia are:

As mentioned earlier, this type of disorder can lead to many negative consequences, both for mother and fetus. In the former, effects include hypertension, malnutrition, anemia, arrhythmias, calcium deficiency in the bones, and gestational diabetes.

Moreover, there’s also a risk for miscarriage, the onset of depression, and low self-esteem.

In the latter, the main consequences of the woman’s behavior are premature birth, low birth weight, and neurological variations. Furthermore, there’s an increased risk of the possibility of suffering from cognitive problems during childhood.

However, in more serious cases, there’s a possibility that death could occur before birth (stillbirth) or in the first months of life.

How can I help a woman suffering from pregorexia?

A woman suffering from this disorder will certainly not realize what is happening, as she may believe she is acting appropriately.

The first people who will notice that something is wrong are her partner, friends, and immediate family members. Of course, when these people try to talk about it, the future mother will disregard the topic and assure her loved ones that their assumptions are not true.

The first thing to do when someone close to us shows signs of pregorexia is to talk to their primary care doctor. This professional will perform a series of tests and ask the pregnant woman questions. If the doctor feels it’s necessary, he will refer her to a psychologist or psychiatrist.

Therapy can be individual, but it’s recommended that the woman attend group therapy sessions. This will allow her to speak with other pregnant women who are suffering from the same problem.

At the same time, it’s fundamental that she receives support from her family at all times. In addition, it’s important not to make her out to be evil or accuse her of negligence regarding her life and the life of the fetus. There must be understanding, empathy, and help.

If your partner or someone very close to you is pregnant and showing any signs of pregorexia, don’t let time pass by. Seek the help of a professional and make sure they treat the problem as soon as possible to reduce the risks for both mother and fetus. 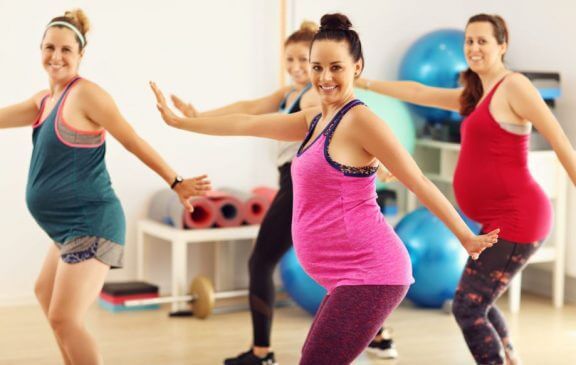 Exercising During Pregnancy
Pregnancy is a beautiful stage of a woman's life. Many changes occur in the body. Here are the many benefits of exercising while pregnant Read more »
Interesting Articles