7 Sports that were Invented in England

Some of the sports that were invented in England spread across the world and today, they're popular in other places. Which ones are the first that come to mind? 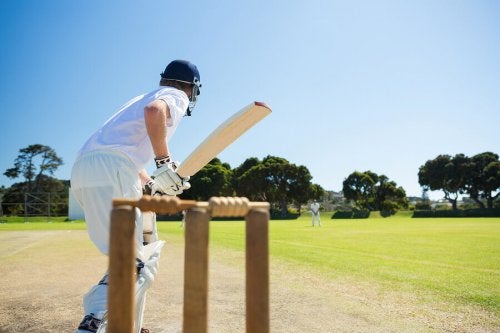 In the following article, we’ll tell you about the sports that were invented in England, which are now played all over the world. Many of them are a “version” of what they were at first, but we can’t deny that the people in this country are very creative.

Which sports were invented in England?

A cultural, social, and even economic symbol; sports have always been important in the United Kingdom, but they took a leading role at the beginning of the 20th century. These are the sports that were invented in England:

Soccer isn’t 100 percent an English invention, but the way we currently play it is. In ancient Greece and in some American civilizations, they had games in place already with round objects.

Modern soccer began when they wrote the guidelines and game rules. At first, it was a very violent sport. It’s said that the birth of modern-day soccer was in 1863 when the Football Association met for the first time and 14 basic rules were written down. The first official tournament was played in England in 1871.

2. Rugby, traditional among the sports invented in England

This sport, born in England in the nineteenth century, arises from the rules of soccer. It’s an adaptation of the violent carnival games from those times. Ever since it’s said that rugby is the alter ego of soccer.

The saying goes, “Soccer is a gentleman’s game played by villains and rugby is a villain’s game played by gentlemen”. The creator of rugby was an English theology student by the name of William Webb Ellis. In fact, the Rugby World Cup trophy bears his name.

Although the first references of tennis are French (known as Jeu de paume or “game of palms” and is the predecessor of the basque pelota), the truth is that England was attributed to its invention after adding rackets.

Originally, the game only took place on natural grass courts; it continues to be the case in the traditional Wimbledon tournament. It was also a game for wealthy people in English-speaking countries. Today, we play it almost everywhere in the world and it’s been an Olympic sport since its first edition in 1896.

In Spanish, it’s known as “el criquet” and is a sport composed of a ball and a bat (flat, different from baseball) in which two teams of eleven players face off. Cricket is played in an oval-shaped grass field whose center has an empty rectangular terrain known as pitch.

It’s one of the sports that was invented in England but it’s also popular in the countries of the British Commonwealth. It even has a huge following in the Indian subcontinent. The common belief is that children invented it in the towns of Sussex and Kent during the Middle Ages and it was practiced by Prince Edward of Nawenden.

This precision sport was first played in the Netherlands in 1297. However, it was developed in the United Kingdom. In England’s Gloucester Cathedral there’s a stained glass window showing a golfer, in honor of an English fighter who was a fan of the sport.

In 1744 the first association of golfers was founded in Scotland and a year later in Great Britain, where the first regulation was drafted. Golf featured in the Olympics in 1900, 1904, and 2016 editions.

Although there are terrains and vestiges confirming that field hockey was already present in Egypt and Ireland, it’s again the English who attribute themselves with its invention. At least in the modern version, in 1886.

This sport’s first club dates back to 1861 in London. At first, it was only for men, but in 1880, women began to practice it too. The international Hockey Association was set up in 1886 and the first international matches would take place in 1890. It was part of the 1908 Olympic Games.

Table tennis, one of the most modern sports originating from England

The last of the sports invented in England is a derivation of this country’s tennis. Due to the adverse climate of the island, the players had to look for an indoor option. Thus, they created a table that emulates the original court and also reduced the size of the ball and rackets

In 1885 the first games were played in English universities and by 1890, the table was patented. Table tennis was already popular throughout Europe and India by the beginning of the 20th century. It would go on to reach Asian countries in the 30s.

The Oldest Olympic Sports
Did you know that there are ancient Olympic sports that're still being practiced today? Continue reading to find out which ones. Read more »
Link copied!
Interesting Articles
SOCCER
The Best '10s' in Soccer History