Baseball, Basketball and American Football: The US Triad of Sports

The triad of sports in the United States is formed by baseball, basketball and American football. Those are the most popular disciplines, with the largest number of followers in the country. 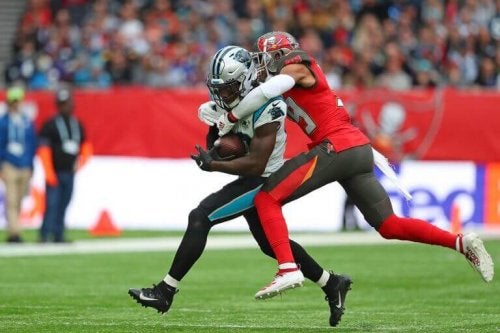 While it’s true that sports in the United States include almost all disciplines, and American athletes stand out in many of them, there’s a very popular sports triad in the country. It includes baseball, basketball, and American football. We’ll tell you all about those sports in the following article.

1. Baseball: US triad of sports

The Major Leagues are one of the oldest in the country as they were founded in 1903. They consist of 30 teams, divided into two groups: the National League and the American League. During the fifties and sixties, there was a great expansion of baseball in the United States and Canada.

MLB has the largest public attendance in the world. Almost 70 million spectators attended the stadiums in 2018.

Under the motto, ‘I Live For This’, players participate in no less than 162 games per season. Only five teams go through to the postseason, which ends with the World Series. It consists of seven games between the National and the American champions.

Out of the teams that are still standing, the Cincinnati Reds have won the most World Series Records (five). The current champion is the Boston Red Sox, belonging to the Eastern Division of the American League; they’ve won ten titles in their history.

2. Basketball: the US star sport

Anyone who plays basketball dreams of playing at least one game in the NBA, and it’s no wonder why. The ‘League of Stars’ is the most important and impressive in the world. Created in 1946, the National Basketball Association (NBA) has had more than 70 uninterrupted editions.

Since the 2004-05 season, the league has included 30 teams, or franchises, divided into two conferences: West and East. At the same time, those are grouped into three divisions of five participants each.

The NBA competition system is somewhat complicated to understand. Each team plays 82 games per season; half home and half visitor. Then there are the playoffs, which consist of three rounds of competition between 16 teams from both conferences. The winners advance to the semifinals and the finals.

In the final round, usually in June, the champions of each conference meet and play seven games. The latest champion is the Toronto Raptors, who turned out victorious for the first time in their history.

The team with the most titles is the Boston Celtics, with 17 championships to their credit. The most successful player is Bill Russel, who won eleven championships, all with the Celtics. Finally, the highest scorer is Kareem Abdul-Jabbar, with 38,387 points in twenty seasons.

3. American football: a part of the US triad of sports

American football is a derivative of rugby and English soccer. It’s one of the most important sports in the United States, even surpassing baseball in popularity.

The National Football League (NFL) is the main professional championship in this country. There’s also a college and amateur version that is quite popular.

In the current NFL, 32 teams compete between them, divided into two conferences (AFC and NFC). The season finale, known as the Super Bowl, is played by the champions of both conferences.

The latest champions are the New England Patriots, who already have six titles to their credit. Other great teams in the league include the Pittsburgh Steelers with six titles, the Dallas Cowboys with five titles, the San Francisco 49ers, and the New York Giants and Green Bay Packers with four titles each.

This triad of sport in the United States raises millions of dollars each year, both in advertising and on TV broadcasts, as well as ticket sales and player passes. Each one, in their own way, makes the cities stop their daily activities to attend stadiums or watch games in bars and restaurants.