Home » Sports » Learn How to Live with Referee Mistakes

Learn How to Live with Referee Mistakes

We'll review one of the controversial topics of professional and amateur sports. The referees are responsible for carrying the weight of the game and enforcing the rules on the field. We have to understand their errors even if we disagree with their decisions. 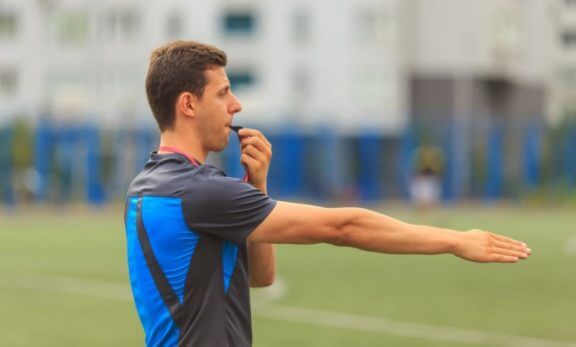 We’re aware that referee mistakes are a very controversial issue, but we must try to understand the subject before we become frustrated with the referee’s decisions.

Season after season, we find referee mistakes discussed during the news because the team (no matter the sport) has been wronged. For the big soccer teams, the consequences have a bigger impact.

The events that have occurred during the last weeks have substantially helped to analyze the issue in depth, even though it’s an eternal debate when it comes to the referee mistakes.

Common complaints often include disagreeing with the referee’s decisions.

How do you become a professional referee and avoid making mistakes?

We’re going to consider what it takes to become a referee:

When a teenager is 16 years old, they can sign up for a referee course. It’s a free course and a respected decision.

After they pass the theoretical and practical course it still doesn’t really prepare them for what they’re going to deal with on the field. For two or three seasons, it’s useful to gain experience as an acting referee, possibly with children aged between 9 and 14 years old.

Gradually, they’ll advance in their sport and have the opportunity to be part of the referee elite. It’s the same process that applies to soccer players. They’re not so different from each other, are they?

Things to reflect on for referee mistakes

Taking this into account, a referee doesn’t wake up on the morning of a match with the intention of harming anyone through his referee decisions?

I don’t think anyone can doubt that referees try to do their job as best they can, even more in the world of professional sports than amateur sports.

The main problem is that criticizing the referee during a match has become the usual thing to do. It’s something that we accept as normal. It’s the same during professional games and training games, where the referees, (same as the players), are always learning regardless of their age.

Analyze variables and make a decision

These volunteers or professionals work as much or more than the players. They do their work in the best possible way physically, theoretically and psychologically. It makes it quite unfair to be treated unjustly from within the field for the slightest referee mistake. And even more from the outside. Nobody will find it pleasant if someone shouts at them every time they make a mistake.

Is it so difficult to understand that referees have to analyze many variables and make a decision in a split second? Plus live with the added pressure that they won’t make everyone happy. Is it so hard to understand that they see things from a different perspective? We must keep in mind that they’re also human and they make mistakes too. The referee mistakes are part of the game.

We need to be aware of all these things and that the referees will still make mistakes regardless of the latest technology (such as VAR, IRS or Hawk-Eye).

It’s complicated that the respect showed to a referee can change overnight. Let’s hope that people will be more conscious. Before insulting a referee we should keep in mind the circumstances that surround the referee.

Often the parents give the worst example when it comes to showing respect to a referee.

When we talk about the referees, we talk about the vast majority of them who take their work seriously and who work throughout the week with the scope of improving their performance. And not of those who are simply working as a referee for money and seek to advance in their career by putting the minimum effort. 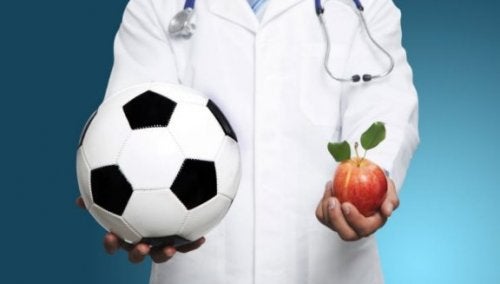 The Important Aspects of Diet In Soccer
Learn how to develop a balanced diet designed for soccer and its physical demands, taking into account the different phases of training and competition. Read more »
Interesting Articles