Steffi Graf, the German tennis player, dominated the tennis scene with an iron fist during her best years. Even today, she keeps a record that no tennis player, neither man nor woman, has been able to match. 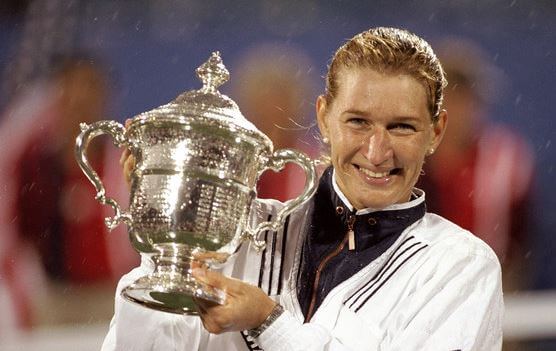 The former German tennis player, Stefanie Maria Graf, better known as Steffi Graf, is considered by most to be one of the best tennis players in history. Her long career and trophies won the support of the public.

Graf became number one in the tennis world on August 17, 1987. She remained in that position until March 10, 1991; 186 consecutive weeks, a record that’s still valid. At the end of her career, she was a top tennis player.

The German tennis player won 22 individual Grand Slam titles between 1987 and 1999. Among these titles are four Australia Opens, six Roland Garros, seven at Wimbledon, and five US Opens.

In 1988 she became the first and only tennis player to win the real Golden Slam. She defeated Chris Evert at the Australian Open, Natasha Zvereva at Roland Garros, Martina Navratilova at Wimbledon, Gabriela Sabatini at the US Open and Sabatini again in the final of the Seoul Olympic Games.

She’s also the only tennis player who won (at least four times) each of the Grand Slam tournaments on all surfaces. Steffi retired from tennis on August 13, 1999.

A funny story unfolded during a difficult semifinal at Wimbledon against Kimiko Date, when Graf was preparing to serve. A spectator shouted: “Steffi! Will, you marry me?” The tennis player threw the ball against the ground, turned to him and replied: “How much money do you have?”.

She had a son with the former tennis player, Andrea Agassi. Her son prefers baseball since his parents haven’t taught him tennis as a way of life. They said they’d had enough of tennis.

The German player has earned the title of the best tennis player in history. She reached the top because of her style. She has an elegant and spectacular style; a mixture of power and quality.

Steffi’s weapon during her games was her right shot. Though we can’t forget her famous shots. Thanks to her variety of hits, she was one of the best tennis players.

Her speed and leg movements also helped. She could reach all the balls and was able to dominate the court; a style of playing she really enjoyed.

Graf’s right was a powerful and very precise blow with which she managed to overwhelm her rivals from any angle. On the contrary, with her backhand, she didn’t have the same confidence and she used it rarely.

However, Graf was able to execute with great precision. This was characteristic of her style, along with her powerful right.

In addition, Steffi Graf had a great serve and, although she played from the back of the court, she hit with precision. 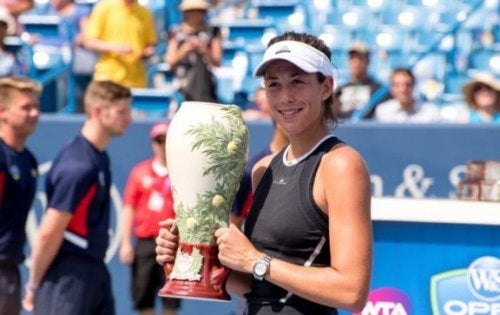 Analyzing Garbiñe Muguruza and Her Career
Garbiñe Muguruza is among the best tennis players in today's sport. Disputing the first place in many torunaments with Serena and Venus Williams. Read more »
Interesting Articles