After his many victories in Formula One, Fernando Alonso has experimented in other categories of motor racing. One of them is the WEC, which we'll talk about in this article. 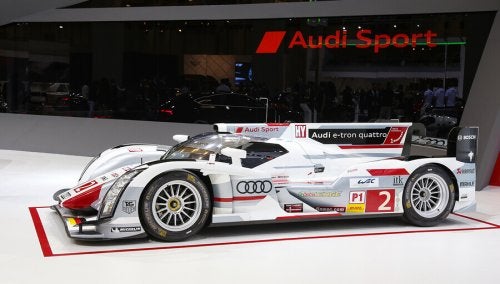 Beyond Formula One, Fernando Alonso, the star of Spanish car racing, is succeeding in another category within one of the most competitive sports in the world, the World Endurance Championship. Do you know what it’s about? Up next, we’ll explain it to you.

It’s an official competition organized by the International Automobile Federation. Teams with lots of experience participate in it, such as BMW, Toyota, Aston Martin, Ford, and Porshe. As well as other emerging ones such as Rebellion Racing, SMP Racing, Dragon Speed, MR Racing, and many others.

The famous WEC (World Endurance Championship) is in its seventh edition. However, the peculiarity is that the 2018-2019 championship is the first one to take place twice in one year.

World Endurance Championship: what is it?

The World Endurance Championship consists of four categories, according to the characteristics of the vehicles. The division takes into account the horsepower of the engine, the capacity of the fuel tank, and the weight of the car; in addition to the drivers’ expertise. Thus, we end up with four categories:

Each team consists of three drivers. The qualification runs are made in two series of 20 minutes each; one for the LMGTE and one for the LMP. Another peculiarity has to do with the scoring system, which varies for six-hour races, Sebring 1000 Miles,  and the 24 hours of Le Mans.

The famous 24-hour Le Mans race is part of the World Endurance Championship. This is a stress test that takes place in June each year at the Circuit de la Sarthe, in the French city of Le Mans.

What’s special about this race is precisely its duration and purpose. The driver who wins is the one who travels a greater distance in the 24 hours of the competition.

Although teams used to be composed of one or two drivers in previous times, nowadays the security measures are stricter. Thus, the teams must be formed by three drivers; none of them can drive more than four consecutive hours or more than fourteen in total.

The 24 hours of Le Mans aim to test the reliability of cars, as well as their speed, of course. Without a doubt, it’s a unique race worldwide. The brands with the most wins are Proche (19 wins), Audi (13), and Ferrari (9). As for the drivers, Danish Tom Kristensen is the most successful, with nine wins.

Fernando Alonso’s performance at the WEC

After leaving Formula One at the Abu Dhabi GP 2018, Fernando Alonso decided to participate in iconic races within the world of motor racing. That’s how he arrived at the World Endurance Championship, a contest in which the results didn’t take long.

Driving his Toyota, the Spaniard won the Sebring 1000 Miles in 2019. He was also able to be the winner in the six hours of Spa Francorchamps, in Belgium.

Before that, in January of the same year, he finished in first in the 24 hours of Daytona. However, he didn’t qualify for the Indianapolis 500, which is still a pending subject.

Regardless, it’s already been confirmed that the Spaniard won’t be part of the team for the 2019-2020 season of the World Endurance Championship. His last race will be at Le Mans in June. Brendon Hartley, a former F1 driver, will take his place.

At the moment, we know little about the future of Fernando Alonso. Although, something is certain: if he gets the WEC title this season, where he’s still competing alongside his team, he could add another award to his faultless career as a driver.

Senna and Prost, a History of Rivalry
Without a doubt, Senna and Prost are Formula One legends. Both of them starred in the greatest rivalry in the history of Formula One. Read more »
Link copied!
Interesting Articles
MOTOR SPORTS
All About the Indianapolis 500