At the end of a soccer season, some teams move up divisions while others move down. How does it work and what are the factors behind it? 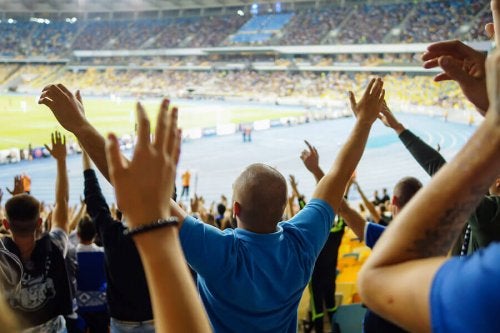 As a fan or through popular culture, we’ve all heard about the different divisions that professional soccer teams are assigned to. Some of us may have even cried over our team moving down a division. But do you understand how and why teams move up and down divisions?

The division system in professional soccer

Every year and after all of the matches have been played, a different kind of action starts to begin: soccer teams move up and down divisions depending on how good or bad their seasons were.

Each division has its own regulations and determines the number of teams that can ascend and descend. Furthermore, every country has its own unique system as well.

Taking Spain’s first and second division as an example, the systems and how they function are quite simple; teams can move up or down depending on their season results. On the other hand, things get a little complicated beyond the second division.

The system behind Spain’s top soccer league La Liga aims to reward teams that regularly make the cut, thus giving them an incentive to maintain a high level of competition. Below, read the specifics of each division in Spanish soccer.

Currently, in Spanish soccer, 20 teams make up the first division. Throughout the soccer season, all of the said teams have to face off on the field and all of the matches are scheduled by the Royal Spanish Football Federation (RFEF).

After each match, teams gain a certain amount of points depending on their results (victory, defeat or tie). The system also takes goals into consideration as they can be a determining factor in classifications.

But how does the system determine which teams move up to Spanish soccer’s first division?

The process of moving up to the first division differs slightly from moving down to the second. The two best-scoring teams in the second division ascend directly to their new division.

The last spot to ascend, however, is determined by a play-off instead of the number of accumulated points. Thus, the teams in third, fourth, fifth and sixth place in the rankings face off in a mini-tournament that’s known as the “play-off”.

Currently, 22 teams comprise Spain’s second division. As we explained above, three teams ascend to the first division every year. But four teams move down a division and play the following year in the third tier, the second division B.

Teams are knocked down to the second division B based solely on their points. Thus, the teams that have the least amount of points at the end of a season (landing in the rankings number 19, 20, 21 and 22) have to move down a division.

Lastly, the second division B has a more complicated organization as it includes 80 different teams that are divided into four separate groups. In order to move up to the second division, teams have to be the best in their group and later face off in a small tournament with the other winners to move up a division.

Discover CrossFit: The New Global Fitness Trend
CrossFit has been one of the most popular fitness trends for some time. It offers physical and mental benefits quickly. Find out if it's for you! Read more »
Link copied!
Interesting Articles
SOCCER
The Best '10s' in Soccer History