The Fight Against Corruption in the Sports World

The growing number of scandalous cases have forced international authorities to toughen up against corruption in the sports world. Read about some of the measures they've taken against it. 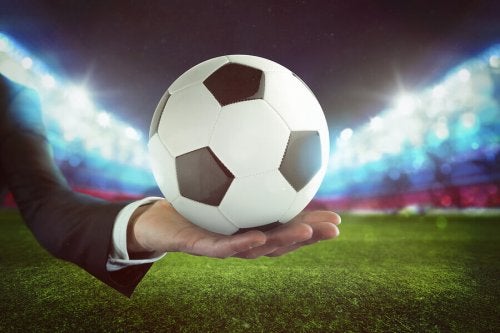 Thanks to their strong inclusive and motivating factors, sports play a big role in our society. However, statistics show that corruption cases in the sports world aren’t just a mere few.

While the fight against corruption needs authorities to control it on a judicial level, citizens can also contribute to the fight.

In Spain, laws state that every citizen has the right to physical activity and sports. Thus, corruption crimes ultimately affect their rights as sports fans. Furthermore, they also negatively affect club members through fraud, bribery and other forms of corruption.

What is corruption in sports and what punishment does it imply?

According to the 286 bis Article in the Spanish Criminal Code, fraud usually consists of bribery. More specifically, the text defines that the corruption in sports happens when an executive, employee, collaborator or administrator of a sports club or trade company:

“[…] receive, request or accept a benefit or advantage of any unjustified nature, in order to favour whoever grants, or whoever expects the profit or advantage over third parties, breaching their obligations in the acquisition or the sale of goods or in the hiring professional services.”

It also states that sports corruption can be punished with a jail sentence ranging from six months to four years. In addition to the disciplinary sanctions, Spanish authorities can impose a fine for triple the amount of illegal benefit or profit.

Furthermore, the law can also apply an extraordinary hold on the trade or industry for six years.

The UN fights against corruption in sports

In 2011 the International Olympic Committee and the United Nations Office on Drugs and Crime (UNODC) signed the Memorandum of Understanding. In the document, both institutions promised to work together to make advances in the prevention and fight against corruption in the sports world.

Targeting corruption and other matters, they joined efforts to create the Model Criminal Law Provisions for the Prosecution of Competition Manipulations booklet.

The joint-effort marked the beginning of a more direct UN intervention in sports on an international level.

Working alongside the Open-Ended Intergovernmental Working Group on the Prevention of Corruption, the UN published another important guide. The United Nations Convention against Corruption: A Strategy for Safeguarding against Corruption in Major Public Events.

Among actions and other outlined guidelines, the document highlights the crucial role that States hold in the prevention and fight against corruption in the sports world. In order to progress in the right direction, it also states the importance of adopting legislative means and stronger policies. These actions can improve the coordination and management of information.

Additionally, the document encourages governments to work with their judicial branches to reduce the risks of sports fraud crimes. The cooperation is also necessary to ensure that the outlined punishments and sanctions are justly served.

The UN interventions are quickly making waves throughout the European Union. If we look at the 2009 Treaty of Lisbon, for example, we can understand the growing emphasis on transparency in sports. Transparency is crucial for prevention as well as for more easily detecting corruption cases in the sports world.