Home » Sports » What Are the Different Olympic Symbols?

What Are the Different Olympic Symbols?

When you think about Olympic symbols, you probably automatically think about the five interlocked rings. But those aren't the only ones! There are even more that we use. Read on to find out what they are! 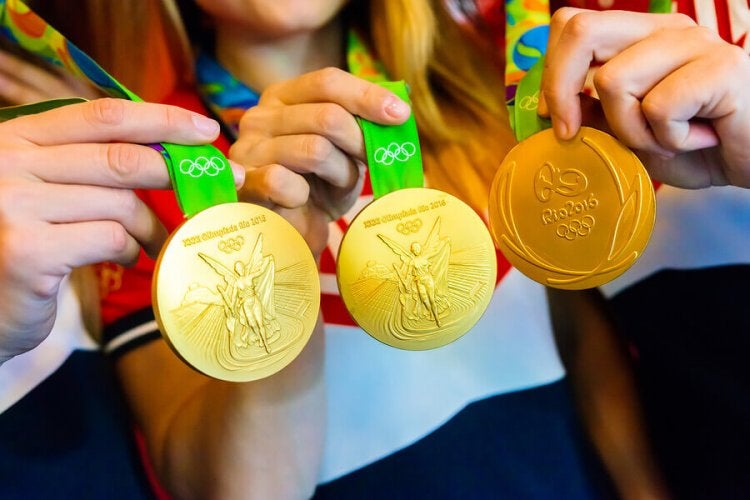 Everyone knows the colored rings that appear every four years in a different city. However, those aren’t the only Olympic symbols. Let’s learn more about some of the other ones in the following article.

What are the Olympic symbols, and which ones still exist?

The Olympic symbols are those icons used by the International Olympic Committee (IOC for short) during the Olympic Games. Athletes from all over the world compete every four years. Without further ado, here they are:

The official Olympic slogan is in Latin: “Citius, Altius, Fortius”. This means “faster, higher, stronger”. Barón Pierre de Coubertin is responsible for giving it this slogan in the year 1894 when the International Olympic Committee was first created.

According to the “creator of the modern Olympic Games”, these words represent the morality of competition in the sense that it’s not just about winning, but about participating.

2. Rings: one of the most iconic Olympic symbols

These are, without a doubt, the most well-known Olympic symbols and have been the source of some controversy and preconceptions. They are of course five interlocked rings. Their colors are blue, yellow, black, green, and red on a white background.

Coubertin himself designed this emblem. At first, he said that each ring represented a continent, but Barón then indicated that actually, it was because at least one of each color represented at least one color on each country’s flag. Spectators and athletes first saw this design in the 1920 Olympic Games in Antwerp, Belgium.

You can see the rings alone, or on the flag. Each ring is the color of at least one color of each country’s flag.

The tradition of carrying the Olympic flame as a “relay” from Greece to the site of the Olympic Games began during the Olympic Games of Berlin in 1936. A few months before the competition, officials light the torch with the rays of the sun that are passed through a reflector located in the Greek city of Olympia.

This torch gets passed from country to country and continent to continent. Athletes, leaders, and celebrities from different places carry it. On the first day of the Games, the torch arrives at the organizing country and is lit in the basin to signify the commencement of the games.

These are the Olympic symbols that all athletes complete for at each of the Games. The medals, of course, are of three different materials: gold, silver, and bronze. Athletes who come in first, second, and third place (respectively) are the recipients of these metals.

In the case of diplomas, athletes who come in fourth, fifth, sixth, seventh, and eighth place have received them since 1981.

The Olympic hymn is sung when the Olympic flag is raised. Spyridon Samaras composed the song, using words from a poem by the Greek Kostis Palamas.

People heard the song for the first time in the Athens Games of 1896, but the IOC didn’t declare it as official until 1958. Before that, every country composed its own version of the Olympic hymn.

This is perhaps one of the most recognizable Olympic symbols, but something most people don’t think about. Even so, it has a long history. Olive branches served as medals in ancient Greek times since there weren’t any medals to give athletes.

To decorate the crown, they used sacred olive leaves from the temple of Zeus in the city of Olympia. Wearing this crown on one’s head was the ultimate pride of an athlete. Officials decided to reawaken this tradition in the Athens Games of 2004.

Mascots are also Olympic symbols. They appeared for the first time in the Winter Olympic Games in Grenoble, France, in 1968. The mascot is usually an animal that’s native to the area or the organizing country, though there have also been human figures to represent their cultural patrimony.

In the last few editions of the game, the mascot has been a marketing symbol of the Games; the flag and the rings, not so much.

The last symbol of the games is no longer used because of its similarity with the Nazi salute used by Hitler. The last time anyone used the Olympic greeting officially was in the Winter Games of 1948. It’s a variation of a Romal salute, with arm and hand extended and pointing upwards with the palm of the hand facing down.

Except for this last one, the other Olympic symbols are still present in every edition of the games. How many did you remember? 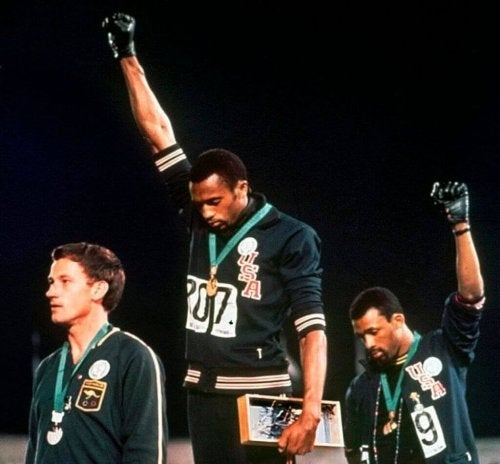 The Black Power Salute of the 1968 Olympics
What took place in the Mexico 1968 Olympic Games is impossible to forget. The black power salute was carried during a running event. What was it about? Read more »
Interesting Articles