What Are The ABCs of CrossFit?

Have you ever heard of CrossFit? If you have, do you really know the ABCs of the discipline? Read along to find out more. 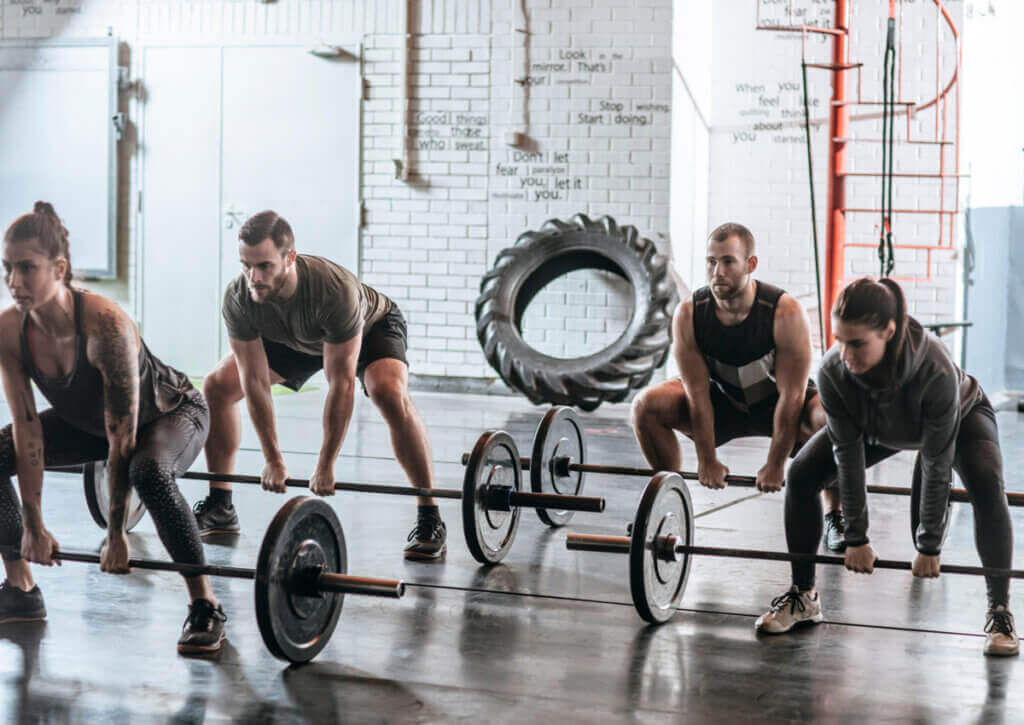 CrossFit was initially intended for members of the armed forces and firefighting personnel. It’s based on high-intensity exercises that are capable of engaging the entire body. You must first know the ABCs of CrossFit before fully practicing it.

Greg Glassman is the official creator of the CrossFit brand. If you want to teach CrossFit you must be a licensed coach or trainer. From its inception as a training method for specialized workers, CrossFit has been transformed into a discipline that’s practiced by fitness lovers regardless of their occupation.

The ABCs of CrossFit

If CrossFit has caught your attention and you’d like to try it out, you must first learn a few things. When you find yourself inside a gym where this discipline is practiced, you’ll often hear coaches and trainers use many terms that you may have never heard before.

These terms are part of the ABCs of CrossFit. Don’t worry, you’ll be able to learn the terminology of the discipline as you continue to practice it.

ABCs of CrossFit: a typical session

CrossFit is a training method that includes a variety of high-intensity exercises. A typical session engages large body segments.

CrossFit involves a combination of disciplines including gymnastics, weightlifting, and metabolic training which is also known as HIIT (High-Intensity Interval Training).

If you’ve started CrossFit you’ve probably already heard the phrase, “You’ll have to go to the box to train”.  The ‘box’ refers to the place where the training takes place.

The box is a dedicated space where there’s specialized equipment to exercise correctly.

Workout of the Day (WOD)

Have you heard about the workout of the day? The WOD is the routine that the day will focus on.

ABCs of CrossFit: repetitions and equipment

Have you heard terms you didn’t know while at a CrossFit gym? The following terms are used frequently in the box:

Did you know that CrossFit offers a series of important benefits? This is despite the fact that many consider it to be a complex training method with several contraindications.

Firstly, it’s an exciting way to train without falling into the boredom of monotony. It also stimulates a high degree of motivation due to the characteristics of its trainers. CrossFit is usually a group discipline and this stimulates each participant to strive to improve.

It’s important to prepare regardless of the training method you decide to carry out. However, keep in mind that it’s normal to learn slowly when it comes starting a new discipline.

Now that you know the ABCs of CrossFit, you’ll be able to find a trainer who will lead you on the path towards good health.

The Four Main Types of HIIT Workouts
HIIT workouts are currently one of the most important and used methods to exercise. The four main types of HIIT are crossfit, tabata, P90X, and... Read more »
Link copied!
Interesting Articles
Routines and exercises
What Are the Advantages of Functional Training?

There are numerous advantages of functional training when you stop to think about everything this method brings you. Not only…

Exercising regularly can help you improve your physical condition. This is only true however when exercise is done correctly. Therefore,…

Routines and exercises
What Are The McKenzie Exercises?

The McKenzie method has been around for a considerable time and has helped improve the living conditions of countless people.…

Physical training in contact sports plays a key part in developing these disciplines. If you don't prepare sufficiently, the results…

Interesting Articles
Diet and nutrition
Food Supplements in Liquid Form: How Can They Be Useful?