Some people think that insect protein might be the food of the future. They're very easy to breed, and provide lots of protein. 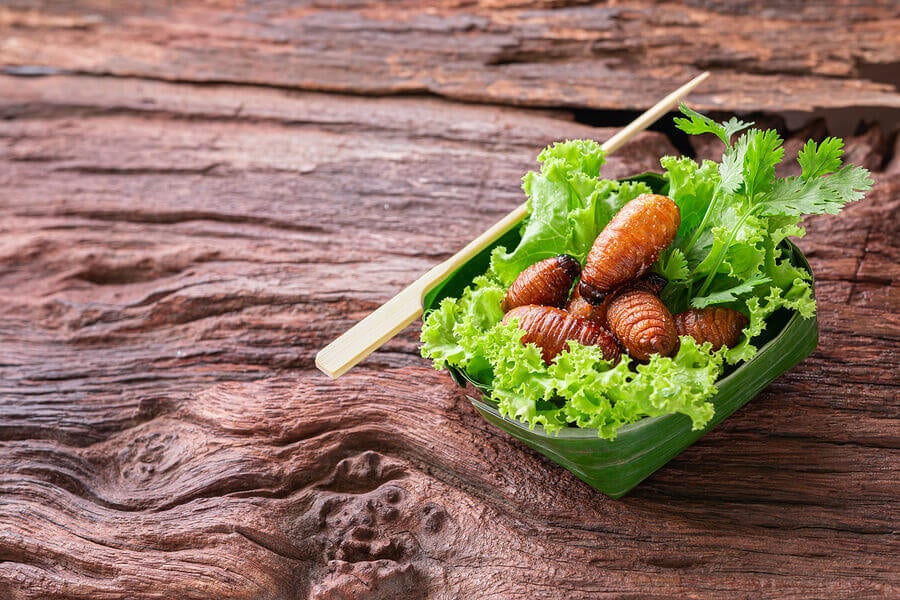 In recent years, western supermarkets have started to market insect protein. Despite the fact that they’re common foods in eastern countries, it’s still shocking in our culture. Few people have incorporated insects into their diets, and you can’t buy them in many places.

However, there are several advantages to this product. First of all, it has a high protein content. It’s an animal protein with all the essential amino acids and good digestibility. In addition, it’s not very expensive because insects are easy and cheap to breed.

In fact, some authors think it’s the food of the future. Every day, they’re becoming more common in our kitchen. Also, some companies are extracting the protein from these animals to make supplements.

Animal proteins contain all the essential amino acids and are easy to digest. Insect protein is certainly not an exception. Therefore, it’s recommended for both sedentary people and athletes.

The WHO recommends that 50 percent of your protein comes from animals and the other 50 percent from plants. This way, you can make sure you get enough amino acids. Therefore, starting to alternate eating meat or dairy with insects is a good possibility.

Also, eating less meat and more insects has a great ecological advantage. In fact, there’s less pollution from insect production than breeding animals, such as cows.

On the other hand, they also need less physical space, and it takes much less time to breed.

A snack you can eat anywhere

One of the good things about insect protein is that it’s an easy snack to transport and has lots of nutritional benefits. Once you become used to the flavor and texture, you can snack on them between meals for a low-calorie treat.

So, it would be a great idea to substitute salty snacks or processed sweets with insects. They keep well and they don’t need to be refrigerated. Also, they’re not too sensitive to changes in temperature or humidity.

They’re interesting both for people trying to lose weight and athletes. You can eat them after training, or even as a part of your main meals to maximize protein to gain muscle.

Insect protein and the cultural barrier

However, there’s a big problem when starting to consume these foods. This problem is that culturally, we’re not used to including them in our diets. At first, it can even be shocking or unpleasant.

The best solution to fix this problem is to start using the insect flours available on the market. Then, by using these products in your food, you can benefit from the protein and gradually introduce them into your diet. Gradually, you’ll become used to the flavor, and realize that eating whole insects wasn’t so scary after all.

For example, we went through the same process with raw fish. However, adapting this isn’t as expensive as you might think. As globalization increases, it’s becoming more common to try other foods and culinary techniques from around the world. Therefore, animal protein is no exception.

Insect protein is gradually reaching the western world. Insects are rich in high-quality protein, vitamins, and minerals. In addition, its ecological footprint is significantly smaller than other animal products, making it economical and ecological.

However, it’ll take time to become used to eating this food, since it’s quite a shock to western culture. Have you tried them? Would you dare to?

Build muscle
Should You Eat Before Your Morning Training?

There's a popular saying that breakfast is the most important meal of the day. If this were true, you wouldn't…

Build muscle
Do Men and Women Need the Same Amount of Protein?

Nutrition needs do change from person to person. For example, not all people need the same amount of protein in…

Build muscle
The Relationship Between Rest and Muscle Growth

Physical exercise and sport generate adaptations of many parts of the body. The body adapts to a progressively more intense…

Self-taught bodybuilding diets are much more common than we think. A large number of people decide to strive for their…