Keto Diets and CrossFit Training: Do They Go Together?

Is a ketogenic diet a good match for someone who practices CrossFit? Here we'll delve into some of the key nutritional facts you need to know when considering your diet and CrossFit training. 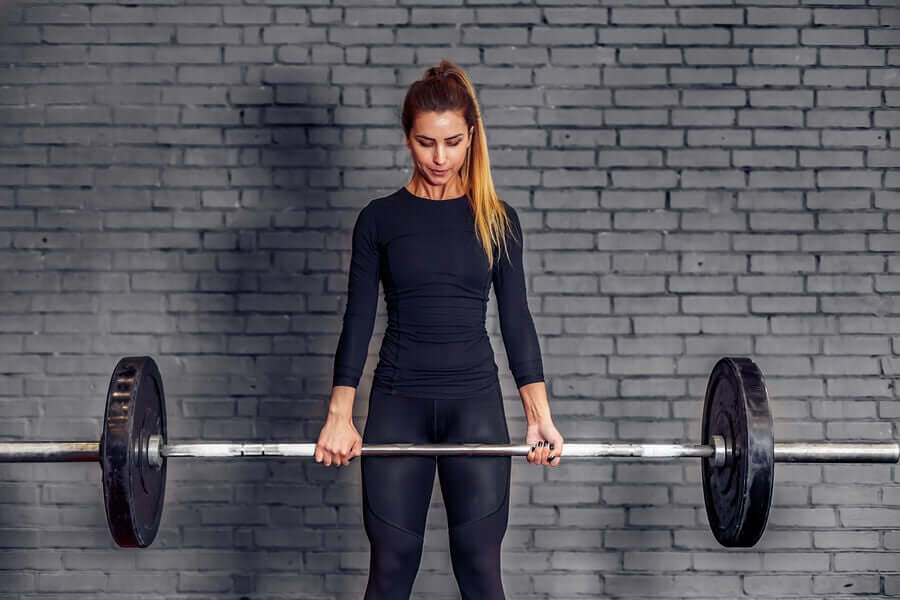 Finding an activity that can truly motivate change is key for anyone. Participating in a sport is known to be one of the most widespread and useful preventive measures against non-communicable diseases. In the last few years, CrossFit has surged in popularity, as has the ketogenic diet. So what impact do keto diets have on CrossFit athletes?

CrossFit is a sport that combines natural movement, weightlifting, and cardio in different routines. In addition to providing both anaerobic and aerobic exercise, it’s a scalable sport that can be practiced individually or in teams.

Depending on which source you consult and your own individual criteria, you could find two different answers. For some, the term “everything” encapsulates healthy foods such as fruits, veggies, meats, fish, eggs, and legumes.

But, on the opposite side of the spectrum, others would add some not-so-healthy items. The knowledge that pastries shouldn’t be included in the daily diet is more and more widespread. However, the same thinking hasn’t extended to other guilty pleasure foods such as cookies, which are still widely incorporated into people’s daily diets.

It’s hard to say it, but cookies aren’t so different, nutritionally speaking, from pastries. Because of this, before beginning, we need to clarify that within the world of nutrition, you can’t oversimplify terms such as “everything” or “none”.  And to put it plainly, you don’t have to eat “a little of everything,” and even less so if you’re a CrossFit athlete.

If it’s really true that nutritional needs vary greatly between different people, then between athletes the differences are even greater. The energy that a person spends is what constitutes the daily calories needed for that person. To figure out what this number is, there are three points to consider.

The first point is your “base energy expenditure.” This is the least changeable component because this is the energy that the body needs to maintain its functions. This energy level is obtained through predictive methods or through direct methods such as bioimpedance. In either case, the number obtained is only an estimate.

The second element to take into consideration is the thermogenesis brought on by foods, while the third is determined by your activity level. This last element is the most modifiable and the most important for an athlete.

The value of this third aspect will vary depending on which type of physical activity you’re doing, how long you’re doing it for, and ultimately your performance. In any case, people participating in a CrossFit class, even when doing the same training and exercises, won’t consume the same amount of calories.

The majority of athletes tend to have a negative energy balance, especially women athletes. This means that their bodies use more energy than they’re intaking, and this is normally due to poor dietary planning.

What’s true is that the body doesn’t respond to a caloric deficit in the same way if you’re a beginner versus if you’re an advanced athlete. In people who have just begun practicing a sport, caloric restriction isn’t a problem. It can even show benefits in performance and body composition.

For this reason, individually adjusting your dietary calories is the first step that a person needs to take when looking to increase their athletic performance. CrossFit boxes usually have a dietitian-nutritionist in their leadership team. If they don’t, you should search out a licensed professional.

Once your caloric total has been established, the next step is to figure out how you’re going to proportion your macronutrients. A good distribution can aid in recovery between workout sessions and help you avoid fatigue. So what should you consume before and after a workout? Will a ketogenic diet help your performance?

Carbohydrates interfere with sports performance in moderate- and high-intensity and medium duration workouts. The reason is that they constitute the main energy substrate in these types of activities.

If your training objective is to increase your performance, you have to ensure you’re consuming carbohydrates both before and during exercise. Granola bars, dates, and fruit are good examples of pre-training foods.

On the other hand, when you’re deciding whether or not to eat foods during your workout, you have to keep in mind the duration. CrossFit workouts tend to not exceed an hour in duration, meaning it’s usually unnecessary to intake carbs during this activity.

What about a keto diet for CrossFit training?

As the following article explains, a ketogenic diet is one in which fat becomes your energy currency. This happens because the person is either partially or totally eliminating the consumption of carbohydrates from their diet. But is this necessary in strength training?

CrossFit includes both weightlifting and bodybuilding exercises. Carbohydrates are the principal source of energy for these types of exercises. In a ketogenic diet, by restricting the intake of carbs, the body undergoes an adaptation and begins consuming fats as its primary energy source.

However, we can only consider the scientific evidence available at this moment in time. And there’s no conclusive evidence as to whether or not a keto diet helps with performance in strength training sports such as CrossFit.

In summation, this decision is one that has to be made on an individual basis. If an athlete feels comfortable following a ketogenic diet, they can continue it. Of course, they must keep in mind that this isn’t going to influence their performance. In any case, this sort of diet and routine needs to be planned and supervised by a licensed nutritionist.

Fasted cardio is a strategy many athletes use to improve their body composition. It's based on the fact that, in the absence of food, the glucose that the body will…

An athlete's diet must be based on fresh foods. Thus, they should keep the consumption of ultra-processed foods and alcoholic…