The History of Obesity: A Short Summary

Obesity has been present ever since the Paleolithic age. First, it was an adaptive measure, but now it's turned into a world epidemic. What has happened along the way? 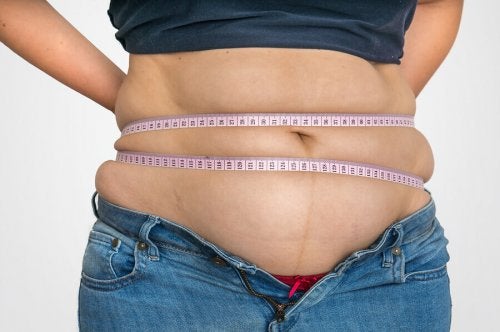 Experts consider obesity to be the epidemic of the 21st century, but this wasn’t always the case. How has the history of obesity evolved? Learn more about this subject in the following article.

The history of obesity as an adaptation

Many have considered obesity to be an evolutionary advantage since the fat stored during a period of abundant food can allow us to survive during times of scarcity. In the Paleolithic age, men were hunters and collectors; they would take the food directly, without storing or handling it, which is why obesity was an evolutionary adaptation.

In the past, the earth’s population depended on food resources. For this reason, there was a limited number of inhabitants that could live off of the resources from a determined area without wasting or overexploiting them. Therefore, cycles of excess and scarcity were constant.

Back then, the health status of the population was generally good because they would eat all sorts of food. There were no deficiency-related diseases such as nutritional rickets, iron deficiency anemia or avitaminosis.

A few years ago, finding obese individuals was an absolute rarity; with the exception of some communities that would ‘fatten’ their daughters in order to marry them, particularly in areas such as Mauritania and northern Africa.

The history of obesity: agriculture

In the first civilizations of human history, the diet in rural areas, where farmers were predominant, consisted of bread, onions, and lentils. Therefore, those populations were usually quite thin.

When the amount of food from agriculture began to surpass the needs and demands of the population, they stored the surpluses. This meant that the unfavorable period was over; people weren’t going hungry anymore.

However, the diet was a lot worse in terms of quality because it relied on grains and cereal and people would rarely eat meat. This caused many deficiency diseases to appear.

At this point in history, obesity began to be exclusive to the upper class and rulers. The ideal of female beauty consisted of fat women with light skin.

Obesity as a medical problem

For the first time in history -between the 4th and 5th centuries BC, the Greeks started to link the bad use of food with some diseases. They adopted the term ‘oppilation’ to describe constipation, and they also started to use diet as a therapeutic resource.

It was also the uprising of healthcare systems –Regimen Sanitatis– and books about what to eat and how to eat it, something similar to what a nutritionist does nowadays. They realized for the first time that the key to having good health is moderation; although they weren’t really acting accordingly since gout and kidney stones were quite common during that time.

Actuality: obesity as a disease

Obesity has now considered a disease. Studies have shown (Álvarez Munárriz, L. & Álvarez de Luis, A. 2009) that eating less can lead to a longer life, and that a well-planned diet can diminish the risk of suffering from certain diseases such as diabetes and different cardiovascular pathologies.

Spain is one of the countries with the highest childhood obesity rates in the world. According to the ALADINO study, 30 percent of children between 7 and 12 years old suffer from obesity. For the 12 to 17 age group, that percentage drops to 20 percent.

As for geographic distribution, the communities with the highest percentages of obese individuals are Andalusia, Canary Islands, Castile and Leon, Ceuta, Extremadura, Galicia, Melilla, and Murcia. The Romany community is also affected by obesity too.

Finally, the comparative outlook in Europe has suffered a change in the last few years. There used to be a lower percentage of obese people in Nordic countries compared to Mediterranean countries because people would eat less there. Nowadays, obesity is a much more serious problem in these countries.

Can You Mix Proteins and Carbohydrates?
The nutritional theory about whether you should mix proteins and carbohydrates is very popular. We'll give you some of the facts here. Read more »
Link copied!
Interesting Articles
Diet and nutrition
Nutritional Guide for Hemodialysis Patients

Diet and nutrition
Foods You Should Eat If You're Dehydrated

A hydration imbalance can affect your sports performance in a negative way, not to mention the damage it can wreak…

Diet and nutrition
The Importance of the Glycemic Index of Foods

When it's time to make a nutritional strategy for yourself, there are a lot of concepts out there that are…