Baking Soda Benefits: How it Can Improve Your Performance

Baking soda is one of the most versatile elements in your cupboard, thanks to its wide variety of uses. 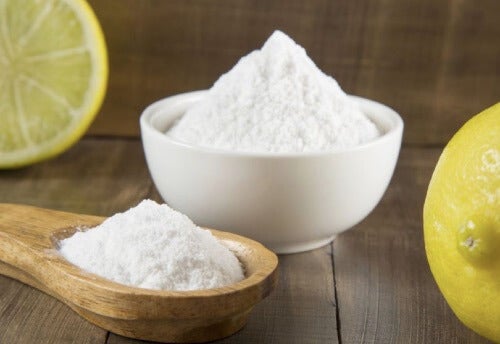 Traditionally known for its role in baking biscuits and breads, baking soda also has a variety of lesser-known uses. In this article, we’ll look at some of the benefits it offers, in terms of improving athletic performance.

Baking soda is found naturally as a mineral. The largest reserve of trona, one of the most common sources of what is also known as sodium hydrogen carbonate, is located in Wyoming (US). Although it is a non-renewable natural resource, it is not at risk of being depleted anytime soon.

In addition to its fermentation properties, the list of the common uses for baking soda is very long. From its effectiveness as a home cleaning product, to its ability to remove odors from furniture and clothing.

One of the lesser-known uses of baking soda is as an athletic performance enhancer. In disciplines such as cycling, it can make a notable difference in the margin between victory and defeat. Also, it is to date, not among the list of banned substances.

The key lies in the fact that baking soda naturally attenuates acidity. The human body itself produces its own reserves of this substance through the kidneys, all with the aim of diminishing alkalinity in the muscles.

This chemical compound accumulates in the body through glycolytic metabolism. In other words, the decomposition of glucose in the absence of oxygen. This occurs when you perform high-intensity, short-duration exercises. Examples include lifting weights and sprinting.

Lactic acid starts to accumulate in the muscle tissues during long, demanding activities. The body simply doesn’t have enough time to expel it.

All of this results in the inhibition of the enzymes responsible for extracting the energy from the glucose. It also impedes the muscle fibers from absorbing calcium, giving rise to dreaded contractions. All of this adds up to what we know as fatigue.

What role does baking soda play?

Administering baking soda diminishes the blood’s PH. In other words, it lowers the acidity level. This creates a state of equilibrium that facilitates the expulsion of the lactic acid from the muscles, which is absorbed and then progressively reduced within the bloodstream.

For many people, the first problem with consuming baking soda in the “traditional” way is its flavor. It’s very acidic and salty, and thus can cause vomiting and nausea.

But beyond the way it tastes, its consumption can cause gastric and intestinal issues, which can entail nausea, vomiting, and diarrhea. If you exceed the recommended dosage, you can increase the risk of metabolic alkalosis. This is a highly dangerous condition and results in a disproportionate increase in the blood’s pH.

Another negative effect is the probability of arterial hypertension. As such, people who suffer from renal insufficiency should only use baking soda under strict medical supervision.

Is baking soda worth it?

The use of baking soda as a tool for enhancing athletic performance is not a new development. The first studies date back to the early 20th century.

The properties of this compound are not up for dispute. However, the relatively long list of contraindications is off-putting to many athletes.

There are those who maintain that caffeine has the same positive benefits as baking soda, without virtually any of the negatives. It also makes for a much more pleasant addition to your diet. A cup of coffee two hours before exercising should be enough. Add some sugar and cookies if you want to treat yourself!

Vitamin B: Discover the Benefits of its Daily Consumption
In the world of fitness, vitamin B is a nutritional supplement of the highest order. Read this article to learn the benefits of taking it every day. Read more »
Link copied!
Interesting Articles
Fitness
5 Strategies to Be More Productive in Sport

Fitness
Ultrasound Therapy and its Uses in Physiotherapy

The ultrasound is one of the pieces of equipment most commonly used by physiotherapists. Medical professionals have been employing ultrasound…