Can You Lose Fat in Just One Part of The Body?

Are analytical exercises aimed at zones with the most fat deposits effective? Here we'll tell you what the science says! 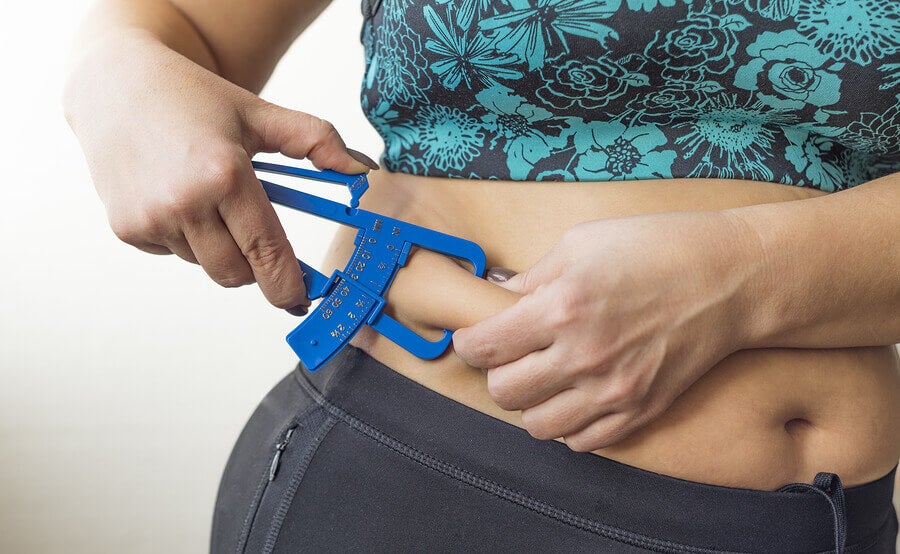 Due to genetic factors, people tend to accumulate fat in certain areas of their body. For this reason, people sometimes want to know if they can lose fat in one specific area of the body. However, is this even really possible? Or are we wasting our time and effort on something that won’t really work?

Normally, women tend to get the largest fat deposits around their hips and thighs. This is sometimes referred to as being “pear-shaped.” On the other hand, men tend to store fat in their abdomens. This type of fat accumulation is known as “apple-shaped.”

Because of the fat accumulation in specific zones, it’s common that those with more fatty tissue around their hips or thighs will do hundreds of glute exercises. These are usually abductors and adductors, with the hopes of burning the fat in these areas.

Similarly, it shouldn’t surprise you to see people doing hundreds of abdominal exercises with the hope of obtaining the famous six-pack. Now, what do the experts have to say about this?

Marketing and certain information shared on social media networks would lead you to believe that losing fat in a specific zone of the body is possible. However, it’s important to know that the scientific literature doesn’t corroborate this information in the same way.

One published study had subjects participate in an abdominal training program over a period of six weeks. The goal was to investigate the effect on the fat specific to this area of the body. The study concluded that doing these exercises alone isn’t enough to reduce subcutaneous abdominal fat. However, muscular resistance in the participants did improve.

It’s worth noting that if you incorporate exercises directed at the abdominal region into your routine, the muscle mass of the abdomen will increase. This can sometimes give the impression that the “apple” we previously mentioned is even larger.

In this case, this increase in volume wouldn’t be considered negative. However, if you want to define your abdominals, its recommended to combine these exercises with some other type of training, and, of course, a healthy diet.

Similarly, in a study analyzing the loss of subcutaneous fat accumulated in the triceps zone, analytical exercises also didn’t produce significant results. It’s important to note that this study is fairly old.

Just as in many other areas, there are studies with opposing results when it comes to losing localized fat. Because of this, we need to mention the study carried out by Scotto di Palumbo Guerra, Orlandi, Bazzucchi, Sacchetti (2017).

Fat loss in one part of the body: yes or no?

Considering the scientific literature up until this moment, doing exercises in a localized way in an effort to burn the fat in this area doesn’t seem to be effective.

First of all, if your goal is to reduce your levels of body fat, a healthy diet with a balanced energy intake is of utmost importance.

To conclude, there isn’t enough scientific evidence out there to demonstrate that exercises can burn localized fat. Therefore, it’s recommended to use the other methods that we’ve mentioned. A healthy diet and general strength and cardio training can go a long way. These have been scientifically proven, and under the advice of a professional, are beneficial.

Walking is an activity that's pleasant and accessible for most people. Brisk walking is the conscious act of speeding up…

Typically, when someone wants to work their core, they tend to stick to classic exercises such as planks, push-ups or…

CROSSFIT
The Differences Between Functional Training and CrossFit

You might have heard about functional fitness training and CrossFit? Some say that they're the same thing, while others insist that…