Battle rope workouts have become a fashion trend in the fitness industry. Because they're ideal for strengthening your entire body, it’s a favorite among many CrossFit athletes. Here are some of our favorite workouts that include this complete move. Are you ready to get toned? 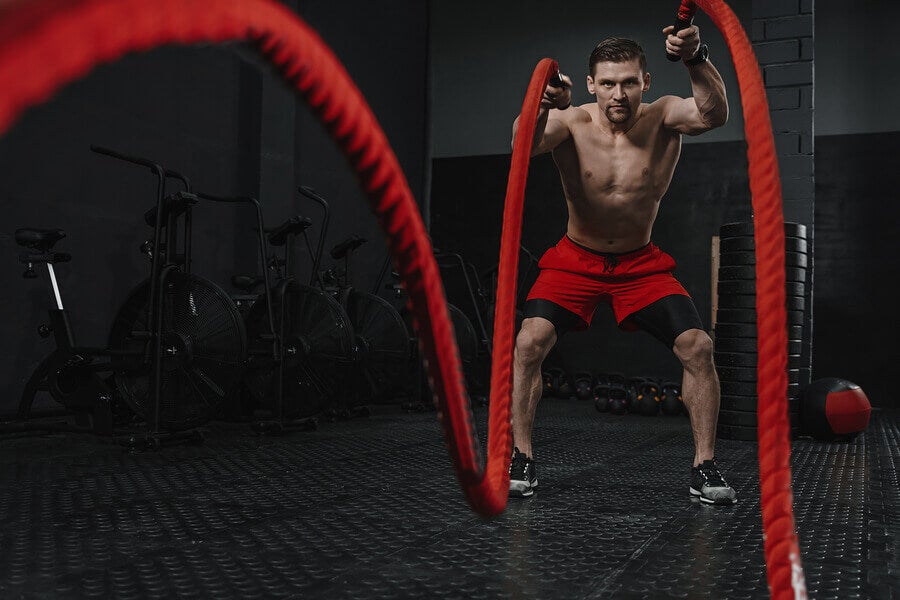 Battle rope workouts are all the rage these days. Of course, their popularity is fully justified. This move is quite efficient to strengthen the entire body, especially your arms, back, and core.

These workouts develop strength, resistance, coordination, and balance. At the same time, you’ll also be training your cardiovascular and respiratory systems. What else can you ask for?

Among the advantages of this type of training is that it’s not necessary to do it for too long. Between 15 and 20 minutes will be sufficient, provided that the movements are performed properly.

Battle ropes: what they are and how to use them

Overall, battle rope workouts mainly consist of moving thick and heavy ropes with your hands. Most exercises involve standing, although it’s also possible to perform the movements sitting and in other positions.

These ropes usually stand at around 10 and 20 meters long, with a thickness of approximately 38 mm in diameter. These ropes are as long as they are heavy, and the longer they are the heavier they are. Because of this, you can easily increase the difficulty by choosing longer ropes.

Battle ropes are commonly fixed on a wall or on any solid structure, at the height of the athlete’s waist. Subsequently, they should stretch completely on the ground, drawing parallel lines. Rope training can also be done in pairs.

This is a pretty straightforward exercise: just hold onto the ends of the ropes and perform the directed movements.

Many people choose battle rope workouts to work the entire body. The dynamism, intensity, coordination, and concentration this workout demands serve to break the monotony in the gym. Boredom is almost ruled out!

Although you can do many moves with battle ropes, many exercises start the same way. The basic position most exercises start from is standing: legs open hip-width apart and knees slightly bent. You should look straight ahead with your spine in a neutral position. From this point, you can follow up with any of the movements. Keep in mind battle rope moves are usually relatively short, but high intensity.

As you hold each end of the ropes, the palms of your hands are facing each other.  Next, move your arms up and down at the same time (double waves) or one after the other (alternating waves). Researchers have found that both options have many benefits.

You can also perform other variations. Moving your arms in circles is a classic, especially when done from the inside out or in the opposite direction. To gain speed, intensity, and strength, you can alternate with movements that surpass shoulder height. Three or four repetitions of 45 seconds duration are plenty enough to start the routine.

For those that already have a good physical condition, you can also try your hand at some series. You can do all these moves one after another for 30 seconds each, without resting between moves.

If you really want to enjoy more of a challenge, you can perform series combining all of these movements consecutively, for 30 seconds, without pausing between them. On an even higher level, the exercises are performed in a squat position.

You should clamp the ropes with one hand and your palm pointing to the ground. Then, raise your right arm above your shoulder and draw circles with them for 30 seconds.

Then, repeat the workout with your left hand. You should perform three series with each hand. This move is great for fans of swimming, boxing, tennis, and baseball.

For this move, stretch the ropes all the way to generate maximum tension.

To start, raise your arms and flex them back to starting position. Keep at it until you’re tired! You should do three sessions of 45 seconds each. This is such a complete exercise that you’ll feel as if you’d worked with dumbbells or parallel bars.

Battle ropes can be paired with other very intense workouts, such as burpees. We’ve designed a super-intense routine based on speed and strength. Are you ready to sweat? Check it out:

The key to working out with battle ropes

As with any new exercise program, in order to succeed, you need perseverance and discipline. On the other hand, you should also focus on having a balanced diet and healthy habits. Get ready to get in the best shape of your life! 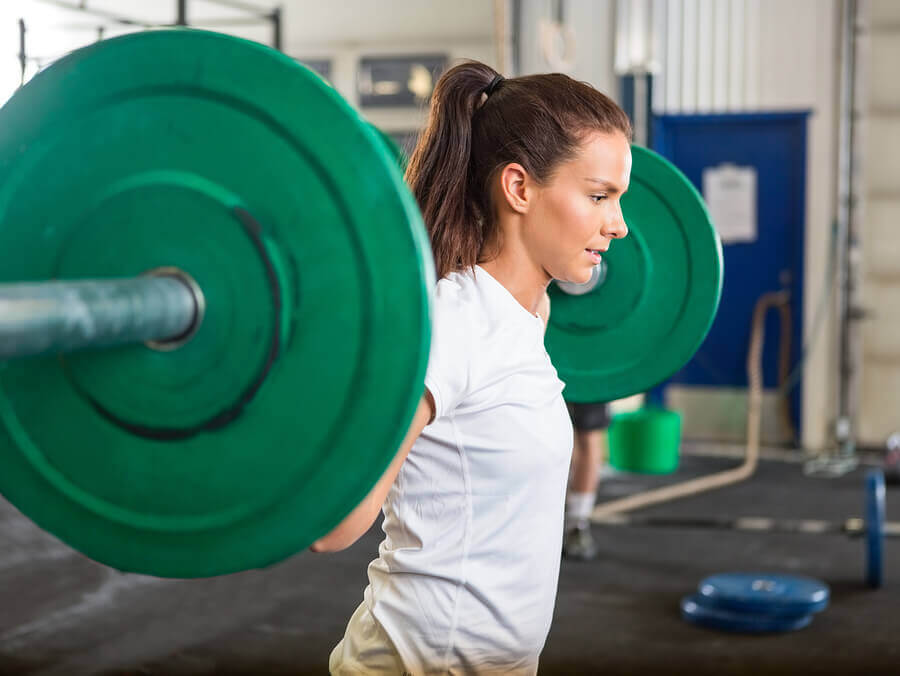 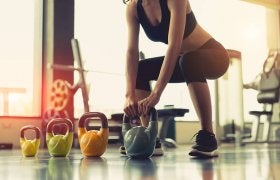 Are you looking for a super demanding workout? Then the man maker might be your jam! If you want to add some challenges to your daily fitness routine, this is a fantastic option. The ‘maker of men’ is still unknown… 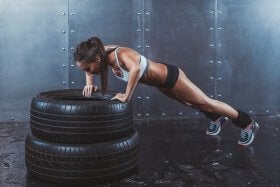 CROSSFIT
Benefits of CrossFit for your Fitness Level

Nowadays, CrossFit is one of the most popular physical activities around the world. In recent years, these kinds of high-intensity training sessions have grown exponentially. Because of this, in today’s article, we’ll cover some of the benefits of CrossFit for… 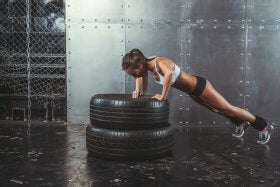 CROSSFIT
Fatigue in CrossFit: Are You Eating Enough?

The right diet is crucial in a healthy lifestyle and seeing improvement in workouts. This is especially true for high-intensity workouts where the body turns to glucose for fuel. A lacking diet is almost always the cause of poor performance… 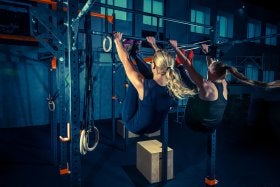 Burning fat is no walk in the park. As a response, people are always thinking up new disciplines to make the process a little more exciting. One of the most popular workouts these days is Adaptive CrossFit. This adaptive training…

Very trendy nowadays, CrossFit is a broad fitness training program that seeks to work the integral potential of the body. The different basic exercises of CrossFit aims to strengthen different muscle groups, which brings enormous benefits to those who practice… 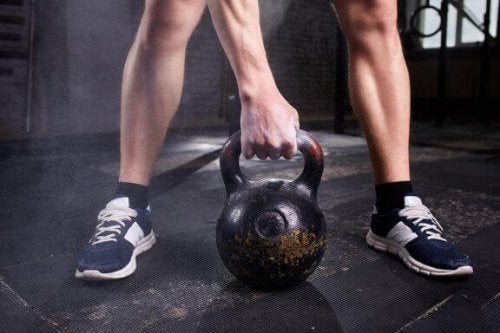 CROSSFIT
How to Emphasize Hypertrophy in CrossFit

All you need is a few combinations in order to emphasize hypertrophy in CrossFit training. And so, it’s a matter of a simple procedure that will give you plenty of benefits. CrossFit is a sport that mixes different movements at… 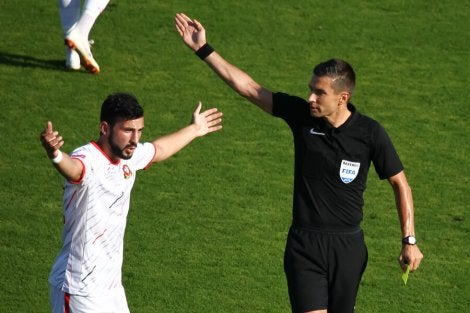 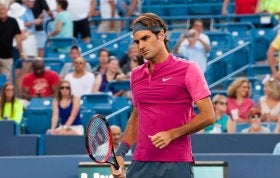 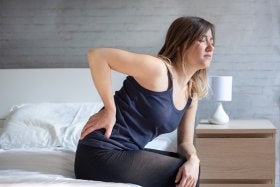