Which Muscles Are Worked By Doing Push-ups?

Almost all workout routines include pushups to strengthen pectoral muscles. But, are these the only muscles that are worked during this exercise? 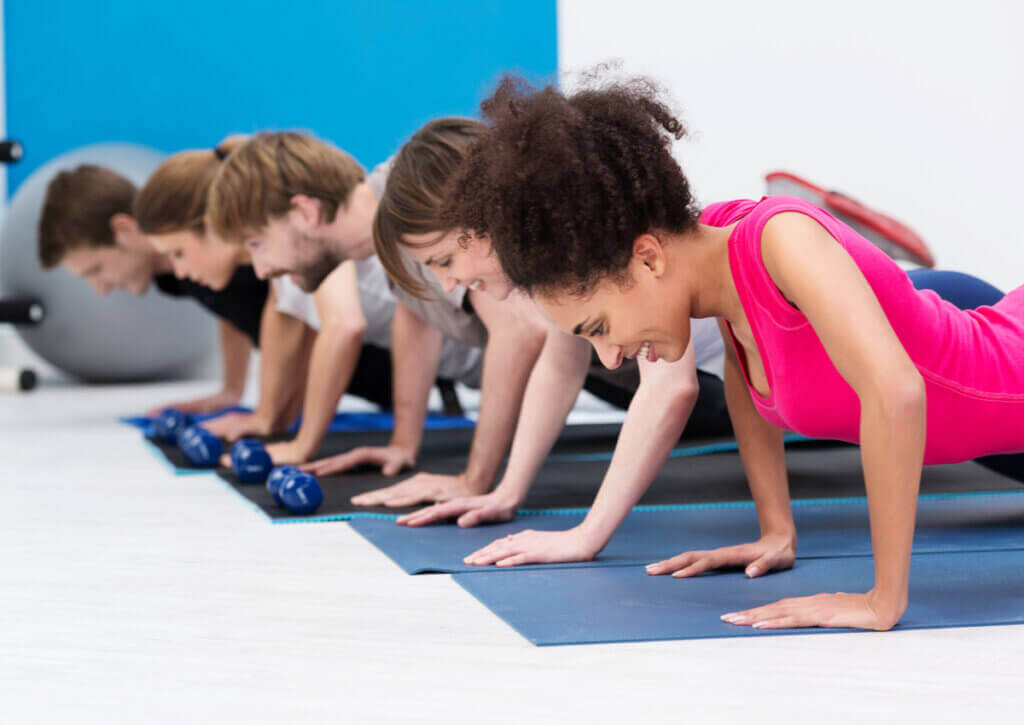 Before doing any exercise, the first thing you have to ask yourself is what it’s for and how you can do it. In this case, we’ll talk about “lizards.” More specifically, we’ll elucidate which muscles are worked when doing push-ups. This is one of the most popular exercises, and here, we’ll shine some light on what the benefits are.

Known in different ways, arm, elbow, and chest push-ups are one of the most common exercises in the world. This exercise excels as part of a training plan thanks to the benefits that it provides for the body, especially in the muscles. However, do you know which muscles it actually works?

Which muscles are worked when doing push-ups?

This is one of the most common questions that athletic trainers in gyms receive. The question arises because especially if the exercise is done correctly, it’s something that every athlete should focus on.

Push-ups are related to the physical capacity of strength, which indicates that their work permits and favors muscle development. However, it’s necessary to know which muscles are worked during push-ups. This ensures that your training plan can be better planned and you can get better results.

One of the other muscles that are worked regularly with push-ups is the anterior deltoids. This strengthens the arms, as well as protecting the joint closest to the torso. It’s found in what we colloquially refer to as the shoulder.

Working on toning your arms means completely working your triceps. Push-ups are also recommended for this! Consecutive push-ups contracts the three heads of the brachial triceps, while at the same time increasing the strength and volume of the muscle.

Despite being an exercise directed at the chest and arms, the posterior area of the torso also reaps benefits from this exercise. This is the case of the infraspinatus muscle, located in the upper part of the back. It’s considered one of the principal muscles in the execution of this exercise.

The anterior serratus is part of the posterior torso, almost under the armpits. It’s one of the other muscles that’s worked when performing this exercise. Developing it will help the scapula slowly strengthen. It even helps the stability of the bone groups near the shoulder joint.

What other muscles are worked when doing push-ups?

The muscle groups mentioned above are considered the agonists of movement with respect to push-ups. In other words, the goal of the exercise is to improve the abilities of these muscles.

However, these aren’t the only muscles that are immersed. Thanks to the complementary actions of stability and sustaining yourself, other groups of muscles are also involved in this exercise. Here’s a short list of other muscles that are improved with push-ups:

The work and strengthening of the core zone that occurs with push-ups are thanks to the position that the body adopts. By finding itself on four supports -the palms of the hands and the tips of the toes- the body is submitted to an isometric position in the middle zone. This middle zone is where the core muscles are located.

For this reason, push-ups are also considered one of the most complete exercises for working on strength and resistance.

Plan your routine and do pushups

Now you know which muscles are worked when performing push-ups! This is a great starting point for training. However, you have to keep in mind that there are different kinds of push-ups and these vary depending on the type of support or the surface.

It’s also recommended to rely on the guidance and supervision of a professional to plan your training routines. Of course, include push-ups in this plan! With the help of an expert, you can avoid injury and improve your results.

Rules for Doing Better Push-Ups
Push-ups are some of the most practiced exercises in training routines. However, doing better push-ups will require you learn the proper technique. Read more »
Link copied!
Interesting Articles
Fitness
Why Is It Important to Include your Legs in your Workout?

Interesting Articles
Injury and prevention
How to Treat a Meniscus Tear

Fitness
Why Is It Important to Include your Legs in your Workout?

No stage of life should stop you from doing physical activity. On the contrary, you should always try to stay active.…