The Most Common Types of Tendonitis in Athletes

The most common types of tendonitis among athletes are the ones that happen from tissue overuse. Here, we'll tell you their diagnoses and treatment. 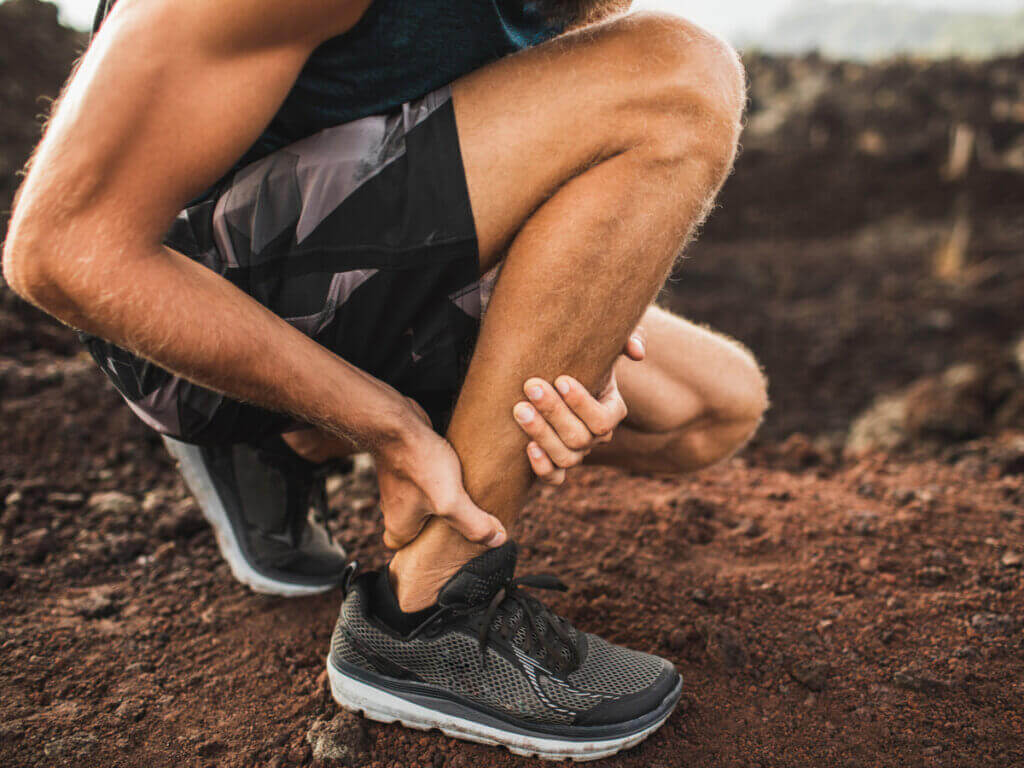 Some types of tendonitis are more common than others in the sports world. The location varies, depending on the joint or part of the body that works the most in each exercise or sport.

Tendonitis is the inflammation of a tendon, which is a soft structure in the body that connects a bone to a muscle. For the most part, collagen fibers make tendons, which suffer the damage and heal after an injury.

In sports, tendonitis is very common. Each discipline has its most common forms, and medicine has come a long way in recent decades to treat them as fast as possible. In fact, it could leave an athlete on the sideline for weeks.

Next, we’re going to tell you about some of these sports injuries so that you can be familiar with them and learn how to prevent them. If you can’t avoid them, it’s always best to see your doctor. He can set you up with a treatment plan.

Patellar tendonitis is also known as jumper’s knee. It’s an injury that happens from repetitive trauma to the knee joint, especially in basketball or running.

In fact, training overload is a common cause. The continuous pounding that happens in certain sports should be monitored when you see the first signs of pain. Also, the off-axis rotation of the knee can stretch and inflame the tendons.

The clinical picture ranges from mild tendonitis to tendon rupture. In the early stages, treatment is simple. All you need is an ice pack, rest, and anti-inflammatory drugs. If there’s a break, you’ll need surgery to repair the collagen fibers, which is stated in medical journals.

The Achilles tendon is a bulky structure of the muscular and skeletal system. It’s located on the heel and makes up the outer edge of it. In fact, it’s responsible for flexing and extending it.

In addition to trauma, not wearing the right footwear or a playing field in poor condition can cause this tendonitis. The load that this tendon must bear is enormous since it’s inserted in large muscles, such as the calves, and in the calcaneus bone.

Achilles tendonitis goes through different clinical phases. The first is trauma when the disorder begins. The second is inflammation, with fluid buildup in the heel, decreased function, and pain. If you don’t address it right away, the next step is the degeneration of collagen fibers, which can make progression and recovery harder.

In extreme cases, if you don’t treat inflammation and continue training as normal, the tendon can tear. In that case, you’ll need surgery to repair it.

This type of tendonitis became relevant for soccer players because it started being diagnosed more frequently lately. In fact, the protocols of sports medicine improved the definition of its signs and symptoms.

Researchers aren’t sure about what causes it. However, they think it’s the imbalance of forces between the thigh and abdominal muscles. It can be from traction from running or jumping, which would overstretch the pelvic ligaments and tendons.

Also, it’s more common in athletes who don’t stretch enough or don’t warm up properly. Additionally, it’s associated with professional soccer players due to the stress generated in professional matches.

Pain can be quite disabling and make it difficult not only to practice sports but also in activities in daily life. It might take a while to diagnose because complementary methods don’t always get the whole clinical picture.

Rehabilitation is the best treatment. In addition to painkillers, physical therapy sessions can help athletes heal. Physical therapists use different techniques, from classic manual massages to ultrasound and heat-cold therapies.

The most common types of tendonitis and their long-term effects

A problem with the most common types of tendonitis among athletes is their ability to re-offend. Once you injure a tendon, there’s a possibility of hurting it again in the near future if you don’t take the necessary precautions. Also, you could injure it if the rehabilitation wasn’t adequate.

For this reason, timely consultation and following directions from your doctor is key. Tendons are strong anatomical structures, but fragile at the same time, so prevention with warm-ups and stretching is essential, no matter what activity you’re doing.

What Causes a Tendon Injury?
Did you know a sedentary lifestyle can increase your risk of tendon injury? Find out more about these structures in your body in this article. Read more »
Link copied!
Interesting Articles
Health
What's The Recovery Time For Muscular Injuries?

Defining athletic pubalgia can be a little difficult because it doesn't just have one name or diagnosis. For some, it's…

Health
Muscle Fatigue: The Consequences If Not Treated Correctly

Physical exercise is one of the healthiest activities around. However, as with everything, too much isn't good. One of the…

Rib injuries can be severe, to the point where they may keep the athlete from doing sports for a while. The ribs are fine bones that no one usually pays…

Injury and prevention
Knee Arthritis and The Causes

One of the most common cases in a trauma consultation is knee pain. This kind of pain is often muscle or tendon originated. Other times, there may be a degeneration…