Home » Health » SPORTS PSYCHOLOGY » What is the Olympic Spirit?

What is the Olympic Spirit?

The Olympic spirit is about sportsmanship, personal sacrifice, and an unyielding will to reach your goals. Another person's success is no reason to give up or envy. Instead, it's a source of motivation to keep going and try to improve every day.

The importance of the Olympic spirit goes far beyond the sports events that take place at their competitions. And it’s not just for professional athletes, either. As you’ll see in this article, it’s about the promotion of certain values. Its goal is to encourage everyone, as people, and as citizens, to incorporate these values into their lives.

The Olympic spirit: the journey is the reward

It’s not easy to define the Olympic spirit in words. Yet everyone who encounters it probably knows what it means, implicitly. One central element is having the knowledge that the greatest reward isn’t in getting to a particular goal or victory. Instead, the process itself is the greatest reward.

Of course, we’re not trying to suggest that victory means nothing to an athlete or that goals aren’t important. When we speak of personal or professional dreams or goals, we’re aware that reaching the objective is always one’s greatest wish.

Nevertheless, we shouldn’t forget that victory is the result of a long process. It’s only possible through the effort that leads up to it. There are no people who are born champions or conquerors. Everyone who manages to gain victory has to travel a long way to get there. And it must necessarily include some failures and disappointments, but must never end with the person giving up.

Let’s take a track and field race as an example – just to keep going along the line of this sports thread. There can only be one winner at the end of every track or trial. But all of the competitors are going to give the best of themselves throughout the competition. And you can expect they’ll continue to do so just to improve themselves even after the race.

With teamwork and the nurturing of positive emotions, it’s easier to improve your performance in a sport. Those positive emotions should extend to possible “rivals” as well. In summary, the Olympic spirit promotes collective improvement. It doesn’t just stop with the personal triumphs of the winning athletes.

Sports as a metaphor for life

Sports can serve as a great metaphor for life itself. What the Olympic spirit is really trying to do is offer you a philosophy that can really inspire you to take on a healthier lifestyle.

Let’s get back to the racing example we brought up before. Now, though, let’s imagine that these are people trying to reach a goal instead of athletes. Suppose their efforts don’t bring them the victory they want directly. Consider how many people would think about quitting after just a few laps.

Yet if they just look behind them, any of the competitors will realize very quickly that all their efforts weren’t in vain. It’s allowed them to pick up skills, knowledge, and experiences. These have all contributed to their personal and professional development.

The truth is that other peoples’ success shouldn’t make athletes angry or jealous. It shouldn’t push them into giving up. Quite the opposite, in fact – it should motivate them to keep going forward because it’s possible to reach the goals you set for yourself.

That’s why we say the journey is a reward in itself. It’s not, in any case, time wasted. When you really go after your goals, there aren’t any losses. Every step and every attempt improves you so that you can eventually get to the place you want to be.

“Citius, Altius, Fortius” is the motto of the Olympics. In English, it means, “faster, higher, stronger.” In practice, this motto sums up what the Olympic spirit is trying to awaken in each of us.

It’s not just something geared toward elite athletes. It’s a call for all of us to reject contentment and always try to go beyond. Of course, athletes need to push themselves to the limit on a daily basis if they want to get to the top of their sport. But, who among us doesn’t need to improve every day to reach our goals?

And the thing is, there’s a little bit of this athletic tendency in all of us. You’re always struggling against stress, deadlines, the climate, and the tendency to be content with what you have because it’s “too much effort” to improve. Yet what victories will you taste if you limit yourself? For any worthwhile goal, life will have obstacles.

We once again come back to the idea that being better doesn’t necessarily involve competing against another person. It could be a matter of competing against yourself. It could be against your own fears. For example, if you want to fly higher, dream bigger, and feel stronger, you need to overcome those fears that make you back away from challenges.

The Olympic spirit speaks to all of us. It speaks with a voice that inspires you to keep going forward with your head held up high and your mind open. Every new challenge is a new unique opportunity to become a better version of yourself. 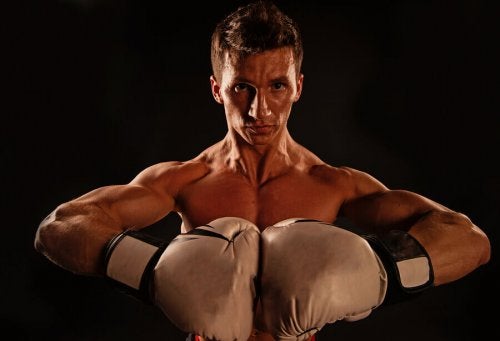 Ethics in Boxing
Countless fans follow boxing but its popularity and ethics have started many debates. For fans, boxing is a passion, but others see it as violence. Read more »
Interesting Articles 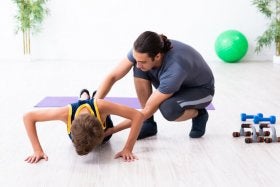 Before learning about the parental influence on children’s sports, it’s important to talk about the meaning of family. According to… 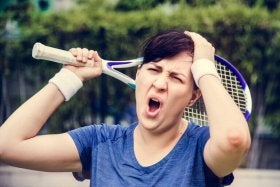 SPORTS PSYCHOLOGY
How to Manage Negative Emotions When Playing Sports

Knowing how to control and manage negative emotions when playing sports is an essential skill. Even if you’re in peak… 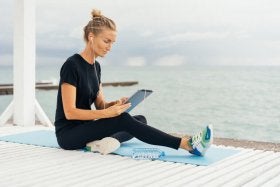 SPORTS PSYCHOLOGY
School and Sports: How to Find a Balance

The question of how to make school and sports compatible is something that worries athletes, parents, and teachers. Often, people… 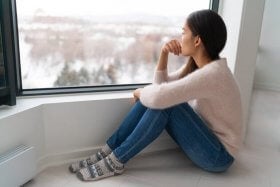 New forms of therapy for depression and anxiety, such as physical exercise, are a hot topic in psychology. Since the… 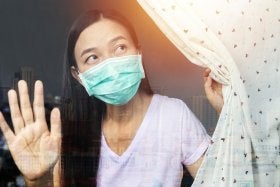 SPORTS PSYCHOLOGY
How Can Athletes Overcome the Distress of Quarantine?

Every athlete must learn how to overcome the distress of quarantine. During this period, it’s normal to experience a variety of…