Common Nutrition Myths you Should Know About

The fact that a product promotes itself as healthy doesn't mean that it actually is. What's true and what's false about these types of foods? 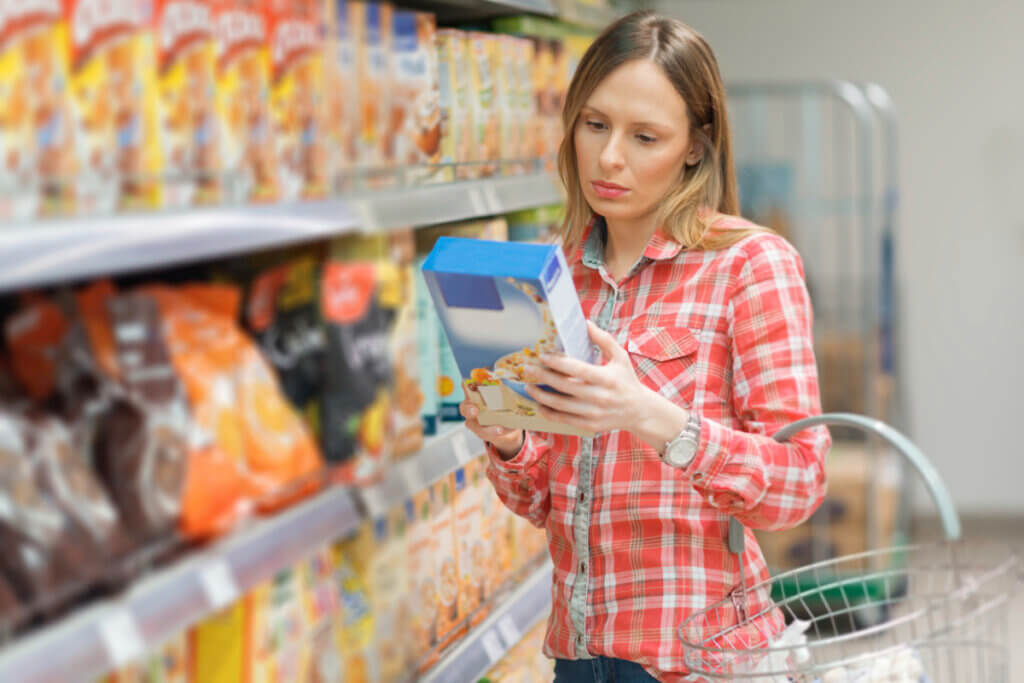 There are many common nutrition myths that dieticians try to clarify both in the media and in individual consultations. For example, eating a little bit of everything isn’t as balanced as it seems; remember that there are many biochemical mechanisms involved with digestion.

Nutrition pyramids: one of many common myths?

Each country has its own way of showing the population which foods must be present in their diets in greater proportions on a daily basis. The explanation method must be simple and visual since it has to target all audiences.

These systems are technically known as food guides, and as mentioned above, each country has its own particular one.

The origin of food guides dates back to the beginning of the 20th century. The USDA (United States Department of Agriculture) developed the first food guide in the United States, and Louse Light later modified it.

Light developed a food pyramid based on greens and vegetables that also included various servings of nuts, eggs, fish, legumes, and meat. It recommended the consumption of whole grains on a limited basis, the same as with dairy products. It also encouraged the consumption of healthy fats in the form of olive oil.

In general, this model was based on fresh, quality, and satisfying foods. Unfortunately, the government made some changes and its nutritional quality decreased.

The recommended cereal and dairy portions increased at the expense of the decrease in protein-rich foods. These modifications unintentionally led to an increase in diseases and obesity in the population.

Today, experts update and improve the model of the food pyramid in Spain year after year. However, it’s not a model that we should take at face value, as it could lead to confusion.

The Spanish food pyramid divides foods into three main groups of consumption: daily, weekly, and occasional consumption. The problem that arises is the ambiguity of the term ‘occasional’. Depending on the context and source that we consult, the definition varies a lot.

Thus, for some subjects, it implies a fortnightly consumption, while we shouldn’t even consume some of these foods every month. An example of food within this group would be nougats or alcohol.

Another of the most widespread nutritional guides is the Harvard Dish, which simulates a real dish in which food is distributed in proportion according to how we should consume it at each meal. This model is interesting because it doesn’t refer to superfluous products, and instead focuses on representing the food groups that are necessary for everyday life.

Nutritional labeling is the tool that consumers have to choose what kind of food they’ll buy. The government is responsible for labeling control, by creating laws that regulate it.

The problem that users must face is the lack of knowledge about interpreting the labeling since there are no public entities that educate in the reading of labels.

The food industry, aware of the general ignorance on the part of society, uses healthy claims in its products to increase the sales. We’ll analyze some of those claims next.

This is probably the most useful guide and the one that the industry uses the most:

A food may only be declared as having a low sodium/salt content, and any other declaration that may have the same meaning for the consumer, if the product contains no more than 0.12 g of sodium, or the equivalent value of salt, per 100 g or per 100 ml. In regards to waters other than natural mineral waters whose composition complies with the provisions of Directive 80/777/CEE, this value must not exceed 2 mg of sodium per 100 ml.

There are many products with less salt, designed for people with this dietary restriction. These products may be suitable for the treatment of high blood pressure. However, we mustn’t forget the fact that if a product is low in salt, it doesn’t make it healthy.

There’s an incorrect belief that fat isn’t healthy, and this isn’t always the case. The food industry has taken advantage of this and promoted ‘light’ or low-fat products for a long time. The law states that for a food to be ‘light’ or ‘diet’, it must comply with the following:

Claims that state a product is ‘light’ or ‘lite’, and any other statement that may have the same meaning for the consumer, must meet the same conditions as those for the term ‘reduced content’. Likewise, this declaration must be accompanied by an indication of the characteristic or characteristics that make the food ‘light’ or ‘lite’.

Furthermore, as in the previous case, this health claim doesn’t imply that the product is healthy. Fries are one of the most consumed snacks in the world; they’re rich in salt and unhealthy fats. Even their light version isn’t healthy: it contains the same amount of salt, and even though they use less oil, it’s usually not good quality.

Ultimately, these are just a few examples of common nutrition myths that unfortunately invade our daily lives. Due to the long term-dangers, they can generate for the general population, it’s very important for individuals to have access to early education and awareness to detect them.

Tips for Learning How to Read Nutrition Labels
What should you look for when choosing one product or another in the supermarket? Here, we'll tell you how you can read nutrition labels. Read more »
Link copied!
Interesting Articles
SPORTS PSYCHOLOGY
How Can an Amateur Athlete Train Their Mind?

Health
What is Energy Metabolism?

When you start to learn more about the world of dietetics and nutrition, you quickly come across concepts such as metabolism. In many cases, athletes only have a vague idea…

In sports, positive thinking helps you to give the best version of yourself. Having a positive attitude doesn't mean that you're negating reality or only thinking that everything is always…

Exercise can protect you from complex and infectious diseases. This is because physical activity helps boost immunity. However, some nutritional…

Health
How to Control Your Breathing During Exercise

Physical exercise is one of the best ways to oxygenate the various different muscle groups throughout our bodies. This is…

In our day-to-day lives, there's a lot of different ways that we can cause harm to our bodies without even…