How to Develop Social Intelligence Through Sports

Social intelligence is fundamental in order to know how to relate to those around you. Practicing a group sport is a great opportunity to develop this skill. 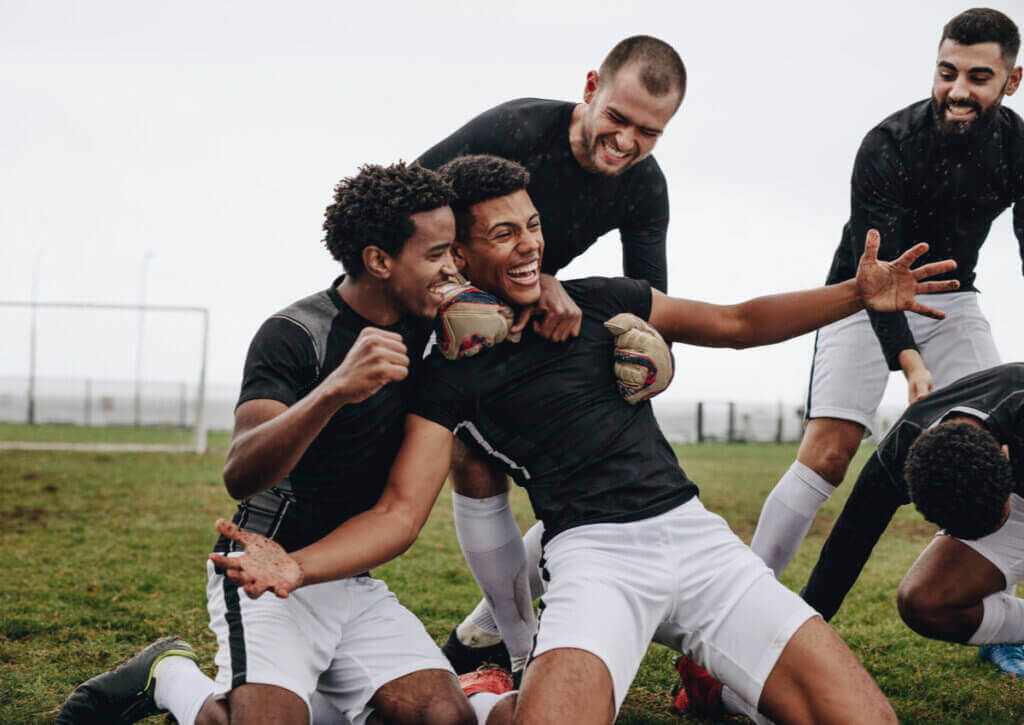 For humans, as social animals, social intelligence is a fundamental aspect of relating to others. We need other people in order to live, grow, and satisfy our physical and emotional needs.

Intelligence is a global concept that deals with all facets of the human mind, including social and emotional. Every day we’re learning more about how this concept isn’t just for doing mental calculations or solving problems.

The area of sports, especially team sports, can provide a great opportunity to develop this type of intelligence. Being part of a team, interacting with your teammates, and living significant experiences together helps us understand emotions and communicate with others.

For this reason, we’ll explain how to develop social intelligence within the sports world.

Sports can generate strong emotions in people, both positive and negative. For the majority of individuals, sports and teams are an essential part of their identity. Everything that happens within this context can be felt with great intensity.

Trainers and coaches should aim to create spaces in which athletes can express how they feel. This also means being listened to and supported by their teammates. Expressing our feelings isn’t only therapeutic and liberating, but can also help people to better understand the emotions of other people and learn to regulate them.

You have to carefully choose these moments of expression. It’s not appropriate to do it, for example, right after a game when emotions can be really intense. It’s better to let a few days pass so that the players have time to reflect on what happened.

Solve conflicts through dialogue and negotiation

Conflicts shouldn’t be seen as something negative or something that should be avoided. It’s normal that, after hours of training and competitions, there might surge strong emotions between two people.

The best strategy is to teach players to resolve this conflict through dialogue. Acting as if nothing happened isn’t a good option. There should be an opportunity for those involved to resolve the misunderstanding and arrive at an agreement.

In the case that the athletes can’t solve the conflict themselves, a coach could intervene as a mediator. The mediator has to listen to both sides and get both parties to arrive at an agreement that satisfies both.

Develop affectivity outside of training

The relationships between players go beyond the moments of training. The links between them can be so strong that they consider themselves a large family.

To develop social intelligence, it’s beneficial to take the affectivity of the players outside the world of training. This means searching for informal moments where players can meet up and share impressions, sensations, or just spend time together as a team.

These informal moments allow players to strengthen ties and create a relaxed environment that can be difficult to create during practice. The coaches and other team professionals should also participate in these types of meetups. This can help stimulate the feeling of belonging.

Potential for cohesion within the team: social intelligence

Cohesion is the glue that keeps the team together. It’s an internal force that sustains the group and permits the interactions among the athletes.

A team that’s cohesive is a team in which communication is good and fluid. In addition, since there’s a strong link between members, the importance of understanding and listening to each member is greater. In this way, athletes will feel that their teammates are essential for the team’s function.

There are many ways to increase the cohesion of a team. Establishing common goals and making sure that everyone is included in making big decisions for the team are ways to increase group identification.

Intelligence deals with basic cognitive abilities such as attention, memory, or the ability to multitask. However, this concept would be incomplete if we didn’t take into consideration other ways of relating to others and interpersonal intelligence.

Increasing social intelligence has a positive impact on sports performance. If you make an effort to understand and communicate with others, the group will work together in a more organized, cohesive way.

Finally, according to a study published by the European Scientific Journal, cohesion is positively related to beliefs of efficacy and group performance. As we can see, emphasizing the social part of teamwork is a safe investment to ensure that it can work better.

The Importance of Communication in Sport
Communication in sport is of paramount importance for successful playing. Take a look at all the ways communication can improve a team’s performance. Read more »
Link copied!
Interesting Articles
MOTOR SPORTS
What Are The Different Motorsports?