6 of the Best Sports Movies

Sports movies are often based on real stories, teaching us something we'd have otherwise never known. In our post today, read about the best ones you can't miss out on. 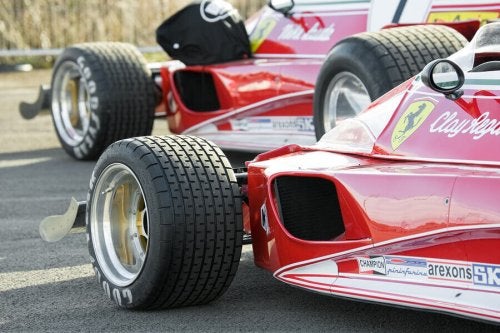 While some sports movies are pure fiction, others are actually based on real stories. Then there are the movies with a real base and added Hollywood flair. In our post today, read about the best sports movies that every fan needs to see.

Moneyball is the film adaption of a non-fiction book that tells the story of the general manager of the Oakland Athletics, Billy Beane. In the movie, Brad Pitt, starring as Billy Beane, uses an advanced sabermetric approach to scout players.

Beane decides to set up a new team after losing again and finds help in a young economist. Together, they use statistics to sign new players despite the skepticism of the team coach and executives.

2. Rush: one of the best sports movies ever

Rush is an awesome movie about the rivalry between Formula One drivers James Hunt and Niki Lauda. Chris Hemsworth stars as Hunt while Daniel Bruhl stars as Lauda. The whole story is based on the 1976 Formula One season, which launched both drivers to fame.

The movie explores the differences between Hunt, a young Brit who loved to party, and Lauda, a genius in technique and precision. The movie also focuses a great deal on Lauda’s serious accident, which left him with injuries and burns that nearly cost him his life. In addition, the film also shows the lack of safety in F1 races at the time.

Invictus is another movie that brings real events to the screen. A film adaption of the book The Human Factor, Invictus tells the story of the 1995 Rugby World Cup in South Africa and the dismantling of the Apartheid system.

The movie stars Morgan Freeman as Nelson Mandela, Matt Damon as Francois Pienaar, who is the captain of the South African national rugby team the Springboks. At the time, only white players could join the team and black citizens attended games only to cheer on rival teams.

4. Million Dollar Baby: another of the best sports movies

Hilary Swank starred in Million Dollar Baby, as boxer Maggie Fitzgerald, alongside Clint Eastwood, as the veteran trainer, Frankie Dunn. In the movie, Dunn does everything he can to set his ideas aside and train a woman.

At first, Dunn ignores Fitzgerald, who works as a waitress to make ends meet. But, he later accepts her into his gym after she continues to insist. As she wins more and more matches and fame, a special relationship steadily grows between the boxer and trainer.

The coach notices Radio and how he’s always listening to soccer games on the radio, which is where he gets his nickname. Jones then integrates him on the local team. It’s a movie that many people can identify with.

6. Remember the Titans: One of the many biographical sports movies

Remember the Titans is a biographical film starring Denzel Washington. The movie takes place in the seventies in the midst of the many social and racial conflicts that were erupting in the United States.

At the time, the government ordered an end to segregation in schools and sports teams. The team then starts a journey full of resistance, conflicts, and drama.

Other sports movies you can’t miss out on include: Coach Carter– a movie about basketball starring Samuel L. Jackson; Chariots of Fire, which tells the story of British athletes preparing for the 1924 Paris Olympic Games; and The Natural, which tells the story about a baseball player with a star-studded cast: Robert Redford, Kim Basinger, Robert Duvall, and Glenn Close.

Citrulline Supplements: All You Need to Know
As a non-essential aminoacid, citrulline is a nutritional gem that you can also consume in supplement form. Here’s everything you need to know about it! Read more »
Link copied!
Interesting Articles
SOCCER
The Best '10s' in Soccer History