The Copa CONMEBOL Libertadores is the most important tournament for football clubs in America. In this edition, 17 out of the 25 champions will be participating. 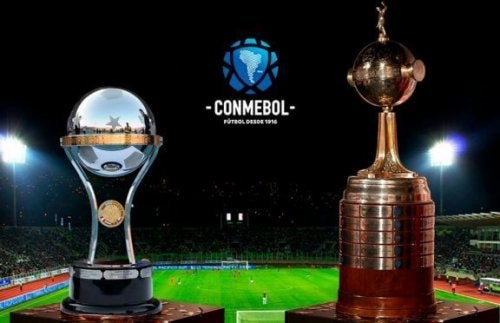 The most important competition for football clubs in South America is now in process, and the expectations are huge. Seventeen teams that have been champions already will be playing, this is totally unprecedented in the Copa CONMEBOL Libertadores. Will Argentinians and Brazilians reaffirm their power or will there be surprises as there were in 2016?

Out of the 25 teams that once held this prized trophy, 17 will be present in this edition. As if that wasn’t enough, many of them will come face to face during the first round. This is because only eight of them can seed the tournament.

The results of the draw were eight areas in which the parity that has characterized Copa CONMEBOL Libertadores, celebrated for the first time in 1960, can be found in abundance. Despite the fact that the Brazilian and Argentinian economical and football power threatens to steal the spotlight once again, we should always leave the door open for a surprise.

There are a handful of examples for this. The Guaraní from Paraguay in 2015. The Independiente from the Ecuador Valley in 2016 or the Barcelona from Guayaquil, also Ecuadorian, in 2017:

The last champion from America bases its illusions in the permanence of its four figures: Luan, Arthur, Geromel and Marcelo Grohe. They, especially the first two, were the key pieces in the consummated victory in Argentina, against Lanús.

However, winning could be a double-edged sword for the whole South American team. It implies losing many of its players. In the case of Grêmio, this happened with Fernandinho, the man who scored the first goal in the comeback finale; Lucas Barrios, who scored six goals in the 2017 cup; Edílson Mendes and Rafael Thyere.

The ‘tricolour’ shares group one with Cerro Porteño, Defensor Sporting and Monagas.

With top-notch reinforcements in the last year, the team directed by Guillermo Barros Schelotto and led by Carlos Téves inside the field will try to conquer the continent after 15 years.

The ‘Xeneize’ has many players that may compete in the World Cup: Wilmar Barrios, Frank Fabra and Edwin Cardona for Colombia, Nahitan Nández for Uruguay and Cristian Pavón, considered for Argentina’s national team.

It integrates group eight along with Palmeiras, Alianza Lima and a team that originates from the playoff, it could be Olimpia from Paraguay, champion in 2002.

Just like its eternal rival, it trusts in hierarchy players to try and reproduce the victory in 2015. Leonardo Ponzio, Jonathan Maidana, Enzo Pérez, Gonzalo Martínez and the new players Lucas Pratto and Franco Armani will try to reflect on the field what their names insinuate.

River integrates group four in this competition along with Emelec, Flamengo and a team from the playoff.

The Rio team, rivaling with Riven in area four, ended up in the second spot of the last CONMEBOL Sudamericana. According to the quotes in the transfermarkt site, it has the lineup with the highest budget of the competition: 111 million dollars.

With the comeback of the experienced goalkeeper Julio César and the fundamental support of Paolo Guerrero (who was suspended due to doping until May) and the young star Vinicius Junio, Flamengo aims to win its second continental victory. It won the first one in 1981.

After becoming the champion of the Copa Sudamericana 2017 in the state of Maracaná, the most successful team in the Copa Libertadores intends to make a triumphant comeback. The last time they competed in this cup was in 2011, in the midst of a deep institutional crisis.

But, times have changed: while they lost Hernán Barco, their main figure in the last title, and Nicolás Tagliafico, their captain, they still have a quality lineup, even though it’s a bit short. Martín Campaña, Fernando Amorebieta, and Maximiliano Mexa, among others, are their winning cards for 2018.

It will take part in group seven, next to Corinthians, Millonarios and Deportivo Lara.

The São Paulo team, America’s champion in 2012, is always a strong contender to keep the title. On that occasion, it also defeated Chelsea in the World Cup of Clubs and Sao Paulo en the finals of the Recopa Sudamericana.

It’s the last champion of the Brasileirao and has a lineup that’s worth almost 81 million dollars. This includes players with a lot of experience and of great renown: Cássio, Fagner, Jádson, Danilo and Rodriguinho will command Timão on their search for the second consecutive continental championship.

The Colombian team is going through one of the most successful eras in its history. However, in 2018 it will have to face renovation, starting with the bench: Jorge Almirón, runner-up for the Copa CONMEBOL Libertadores against Lanús in 2017, will replace Juan Manuel Lillo, who stepped down in December. Besides, it also had to let go of Franco Armani.

Regarding the sign-ups, it will have Camilo Zpuñiga, from Watford and the Argentinians Diego Braghieri and Fernando Monetti, who come from Lanús. Their group would be number two, facing Bolívar, Colo Colo and Delfín.

The runner-up for the Brasileirao will face this cup with a line up worth 94 million dollars. Sharing a group with Boca and Alianza Line. It promises to be one of the best areas of the competition.

The lineup? Even though it will logically be affected by Yerry Mina going to Barcelona, and the retirement of Zé Roberto, it will lean on the experienced Felipe Melo and Michel Bastos and on Miguel Borja for the imbalance.

Who will win the Copa CONMEBOL Libertadores?

The Copa CONMEBOL Libertadores 2018 promises historical matches and will put excellent players of international renown on the field. In the year of the World Cup, everyone will want to stand out and climb to the highest position of the American continent.

Cristiano Ronaldo: Chronicles of a Goal Scorer
Cristiano Ronaldo is synonymous with goals and is the highest scorer in the history of the Champions League. Discover the best goals he's scored so far. Read more »
Interesting Articles