Everything You Need to Know About the Tour de France

The Tour de France is the oldest road bicycle stage race in the world. It’s held every July and has different stages. Read on to learn all about it! 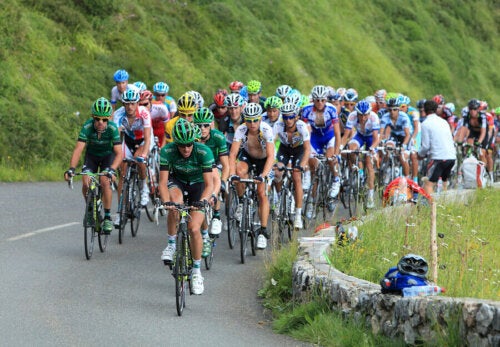 Every July, this professional cycling event catches the eye of athletes and fans. The Tour de France is the biggest cycling stage race around the world. Learn all about this event in the following article!

A brief history of the Tour de France

The first race occurred in 1903. In fact, it was the world’s first stage bicycle race. French journalist Géo Lefévre invented it. He proposed that the race should only take place in French territory.

During World War I, the competition was suspended. It started being held again in 1919. This year, the race introduced the yellow jersey to highlight the leader of the race. Until 1930, the cyclists competed individually, with or without a sponsor.

After that year, the race legalized national and professional teams sponsored by companies. A year later, the organizers decided that the Tour de France would have 24 stages and that the complete route would be 2,417 miles (5,500 kilometers).

Over time, the organizers included tours of neighboring countries such as Switzerland, Belgium, Monaco, Andorra, and Luxembourg. There were even editions with stages in non-border nations, such as Great Britain or Ireland.

By 1957, several channels began to broadcast clips of the race. That year is also important for the history of the tour because Jacques Anquetil won. In fact, he won the tour four more times (between 1961 and 1964). Another of the historical cyclists in the Tour de France is Eddy Merckx, who won five in a row (between 1969 and 1974).

We also have to talk about Lance Armstrong, an undisputed cycling figure who won the Tour seven times (between 1999 and 2005). However, the United States Anti-Doping Agency stripped him of his titles and suspended him for life for the use of prohibited substances.

One of the outstanding characteristics of the Tour de France is that the cyclists wear different jerseys that change stage after stage since each color has its meaning:

The yellow jersey is the most important of all, as it identifies the leader of the race (the cyclist with the lowest cumulative times). The organizers introduced it in 1919.

It began to be used in 1953 to identify the leader of the points classification.

The organizers introduced this jersey in 1975. Its function is to highlight the leader of the mountains classification.

It’s also been used since 1975 and identifies the leader of the young rider classification (riders under the age of 26).

In turn, the Tour de France allows the most aggressive rider to wear a number printed white-on-red and the leading team to wear numbers printed black-on-yellow.

It began in the Belgian capital (Brussels) and ended in the French capital (Paris), more precisely on the Champs-Élysées. Twenty-two teams participated. The winner was a Colombian, Egan Bernal Gómez, from Team INEOS.

It’s worth noting that the Tour de France is the second major cycling event after the Giro d’Italia (in May and June) and before La Vuelta (Tour of Spain), which takes place between August and September.

All About the Rules of Road Cycling
Road cycling is a demanding form of competition that takes place in different locations around the world. What are the rules of this discipline? Read more »
Link copied!
Interesting Articles
CYCLING
The Rules of Olympic Track Cycling

Track cycling is an event where competitors cycle around a velodrome. This is an oval track which is 250 meters…

CYCLING
All You Need to Know about the Vuelta a España

It's one of the three grand tours in international cycling as well as being the youngest, only beginning in 1935.…

The Grand Tours are the three main road cycling competitions, and they take place in Europe. They include flat and…

Those who practice and compete in cycling races aim to win one of the three Grand Tours: the Tour de…

Although born in Kenya, Chris Froome is the son of British parents and is, therefore, a British citizen. In this…