Home » Sports » Everything You Need to Know about Water Polo

Everything You Need to Know about Water Polo

If you're attracted to sports that are considered "less popular", water polo is an alternative that you need to think about. It's a very demanding discipline, but with enormous physical benefits for its practitioners. 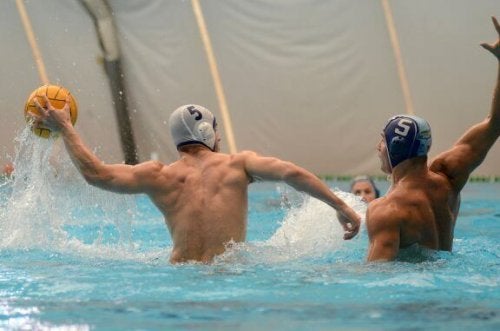 Water polo is a water sport that’s played in a pool where two teams compete with each other with a ball. The objective is simple: to place the ball inside the goal of the opposing team, similar to soccer.

Undoubtedly, it’s an extremely fun sport. Water polo is similar to handball: the teams consist of one goalkeeper and six field players.

In regard to the game, it’s played during four periods of 8 minutes, with 2 minutes of rest between each quarter. Among other things, it’s a sport that demands lots of energy and requires technique, endurance, and physical strength.

One of the main characteristics of this sports discipline is that the players must stay afloat during the game. This factor adds more difficulty and requires the players to be in good physical shape.

To be a good water polo player, you have to develop muscular strength, improve your speed, increase resistance, and perfect your technique. It’s a very complete and demanding activity!

Water polo is a sport that offers many benefits. Up next, we’ll discuss the advantages of practicing it.

It’s no surprise that water polo allows you to burn a lot of calories. You must bear in mind that staying afloat throughout the entire game consumes a lot of energy. As if that weren’t enough, the players also swim from one side of the pool to the other.

2.  Low impact sport for the joints

Water polo is an intense and physical game, but the fact that it’s played in the water means that it’s better for the joints and muscles than any other sport that’s practiced on a hard surface.

In comparison with other sports, water polo is a low impact sport for the joints, which is ideal to avoid injuries. This, of course, doesn’t mean that they can’t happen; that possibility always accompanies us in almost all disciplines.

Water polo puts your cardiovascular system to the test as well as your lung capacity. Therefore, to be a good player, it’s necessary to work on your breathing, which means that you must learn to master and manage your efforts.

Don’t forget that it’s a high-speed game in which you’re essentially training at intervals and moving from one end of the pool to the other.

The rules of water polo

Water polo combines speed and strength, as well as teamwork and a high level of physical condition. The winner of the match is the team that scores the most goals. The players can’t touch the bottom of the pool and have to keep their bodies in the water for the entire match.

Each team is allowed to have seven players in the water at the same time: six players in the field and one goalkeeper. Players can move the ball by throwing it to a teammate or swimming while pushing the ball in front of them. They can only hold the ball with one hand, except for the goalkeeper, who can use both hands.

One of the features is that you can substitute players at any time. As the game is so fast and quite exhausting, each team is also allowed a maximum of six substitutes; one goalkeeper and five field players.

Matches begin by throwing the ball in the middle of the field, with players lined up along their own goal lines. The first team to reach the ball is the one who will have the first possession of the game.

Each team can hold the ball for a maximum of 30 seconds before shooting to score a goal. If they haven’t done so, possession of the ball passes to the other team.

After each goal, the team that was scored upon will resume the game with the ball. At that time, all the players of each team must be on their own side as the game resumes. Water polo matches have two referees, one on each side of the pool.

As you have seen, water polo is a sport that provides great benefits to the mind and body. If you haven’t tried it yet, what are you waiting for? It’ll surprise you to see how much it will contribute to the improvement of your physical condition! 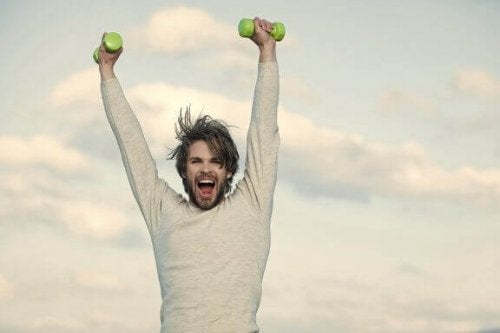 Doing Sports Helps us to Produce Endorphins
Sports Help us Produce the Release of Endorphins. Practicing sports not only improves your health. Sports are a healthy, beneficial hobby. Read more »
Interesting Articles