Infractions and Sanctions in Sports

How are infractions and sanctions regulated in sports? It's not just about the referee's actions in the match, it goes much further. There are certain procedures already in place that regulate sports disciplines. 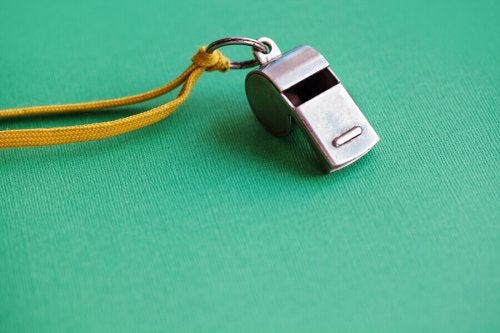 Sanctions in sports go beyond the referee’s decisions during competitions. In the following article, we present a deeper look at infractions and sanctions in the field of sports.

The establishment of competent bodies is precisely one of the pillars of sports justice. These will be responsible for regulating and developing a sanctioning procedure at a legal and administrative level; especially in cases of infractions and breaches regarding the rules of the game.

What are sports sanctions and what are they for?

Professionals and fans within the sports world have doubts when it comes to the validity or effectiveness of infractions and sanctions in sports. This discredit is often due to the fact that fans don’t like to see referees sanctioning their favorite team or player.

Nonetheless, sanctions are valid instruments for recognizing and penalizing many violations of the regulations that guide the practice of different sports.

If the referees don’t register the infractions and sanctions in sports, it would make little sense to establish a series of guidelines and game rules to ensure a more fair and impartial practice of sports.

The well-known example of soccer

Take soccer, for example… what’s the point of talking about fair play and having the extensive general regulation of the RFEF if the infractions that occur during the matches aren’t called out and subsequently sanctioned?

In addition to harming those players and clubs that respect and comply with the game rules, impunity can also encourage new inappropriate and even violent behavior in sports venues.

For all these reasons, disciplinary justice is essential in order to enforce sports law and the specific regulations of each sport.

Nevertheless, a disciplinary scheme shouldn’t depend solely on issuing sanctions. Its other fundamental pillar is the promotion and teaching of good practices, duties, and rights of athletes and sports institutions.

How are sports sanctions set?

The first thing we should understand about the penalties in sports is that they don’t only involve the decisions of referees or judges during games. Of course, these agents are indispensable to interpret each situation in real-time during a match and to point out violations of the game rules.

In practice, when a referee or judge marks an infraction, this is only the beginning of the sanctioning procedure that sports justice bodies with disciplinary powers carry out.

These organizations have the necessary competence to establish sanctions in sports. They analyze and review the infractions that the judges and referees call out during the matches.

In general, the Federal Disciplinary Committees are responsible for providing sports justice in disciplinary terms. Likewise, each country has its own disciplinary and sanctioning structure in sports. Specific bodies are in charge of analyzing, dictating, and applying sanctions.

For example, the organ with disciplinary authority in Spain in matters of soccer is the Royal Spanish Football Federation–RFEF.

The Competition Committee, the Appeals Committee, and the sole proprietors carry out the sanctioning processes of the Spanish Football League. They base their decisions according to the General Regulations and the RFEF Disciplinary Code.

The differences between disciplinary and sanction authority of administrative law are reflected in the field of Sports Justice. In very simple terms, let’s look at the fundamental pillar of these differences:

The Competition and Appeal Committees have the disciplinary authority to analyze infractions and issue sanctions. Its field of action is limited to behaviors carried out by natural and legal persons that make up the organic structure of Spanish soccer.

What are the analytical sectors of these committees? Soccer players, arbitration professionals, technical and managerial bodies, and Spanish League clubs.

Nonetheless, these bodies aren’t responsible for issuing, sanctions to fans or the general public attending sporting events. These people aren’t necessarily part of or affiliated in any way with the RFEF.