Home » Sports » OTHERS » Everything you Need to Know about Taekwondo

Everything you Need to Know about Taekwondo

Taekwondo is one of the best contact sports around. It boasts plenty of benefits and it's all-inclusive. Curious to know more about Taekwondo? 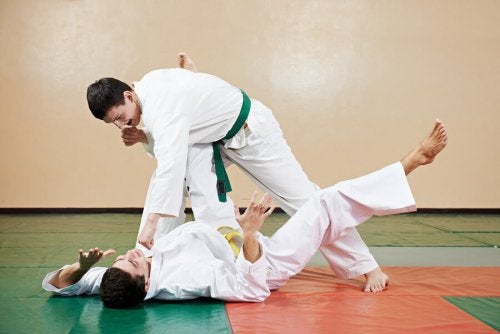 Taekwondo is one of the most popular contact sports in the world. The discipline hails from Asia and is a very effective art for personal defense. In addition, it’s also been an Olympic sport since the 2000 Sydney Games. Studying Taekwondo is a great way to stay in shape.

The sport, alongside Judo, is one of the few martial arts to have entered the Olympics. Training can begin at a young age and it helps to strengthen the body as well as improve endurance and flexibility.

In addition, it’s one of the few contact sports that allows kicks. Because kicks are involved, students learn blocks, kicks, punches as well as take-downs, sweeps, throws, and joint locks.

However, those are the only permitted moves. Other moves, such as punching the opponent’s face or low kicks, are prohibited. Keep reading to learn why Taekwondo is a recommended sport.

Taekwondo: perfect for any sport profile

Taekwondo is popular among both sexes and all ages. Many people believe that only the use of the legs is permitted in this martial arts form. However, despite the fact that it’s indeed the case for competitions, outside of competitions, fighters can also use their arms. On a different note, compared with other mixed martial arts, Taekwondo has a much lower injury rate.

As with many martial arts, belt color indicates a student’s progression. Generally speaking, the higher the level of the student, the darker his or her belt color. The colors go in the following order from lowest to highest: white, yellow, orange, green, purple, blue, red and black.

As for the rules, fights are divided into three rounds. The competitor that wins the most amount of points wins.

If a competitor losers 10 points due to a fault or warning, he or she loses the match. On the other hand, if a competitor has a 20-point lead on their opponent at the end of the second round, he or she wins the fight without moving on to the third round.

Just as with any other physical workout, this martial art form helps to develop a healthy cardiovascular system. In addition to the cardiovascular workout, it also helps to burn calories and slim down.

Training sessions are pretty intense as students must learn many new moves. The different combinations keep the heart pumping, which makes it a great sport to get in shape.

2. A balance between physical and mental strength

Similar to other martial arts, Taekwondo helps students make commitments and grow an open mind. Studying this sport means constantly looking for a balance to live in harmony with the world.

3. The physical benefits of Taekwondo

Just as we mentioned earlier, this form of martial arts is well-rounded and works out every muscle group. It’s a sport that mainly focuses on kicks and therefore it strengthens the legs and abdominal region.

However, students also work their arms out with punches. This discipline also helps students improve their flexibility, balance, endurance, and range of movement.

While Taekwondo is a contact sport, it also includes measures that guarantee the safety of the students. The kicks and punches might seem violent, but the fight actually ensures protection at all times. Take a look at the equipment below:

Dobok is the official uniform. When browsing doboks, look for one that allows for movement. And, make sure it won’t shrink after a few washes!

The helmet protects the head during fights. Make sure it fits correctly and will block the opponent’s attacks.

Mouthguards don’t only protect teeth but they also prevent tongue or cheek injuries that can result from biting down.

As you read with us today, Taekwondo is a wonderful sport that consists of using kicks and punches to earn points. Now that you’re up to speed, maybe it’s time to try it? 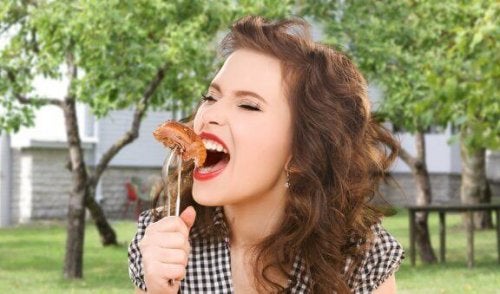 Benefits of the Paleo Diet
Do you know what the paleo diet is about? We will explain the paleo diet benefits; a peculiar way of eating that, in many ways makes sense. Read more »
Interesting Articles