Home » Sports » OTHERS » Rock Climbing: a Technical and Strategic Sport

Rock climbing is a very interesting activity. It tests both your physical and mental abilities. Keep reading to learn more. 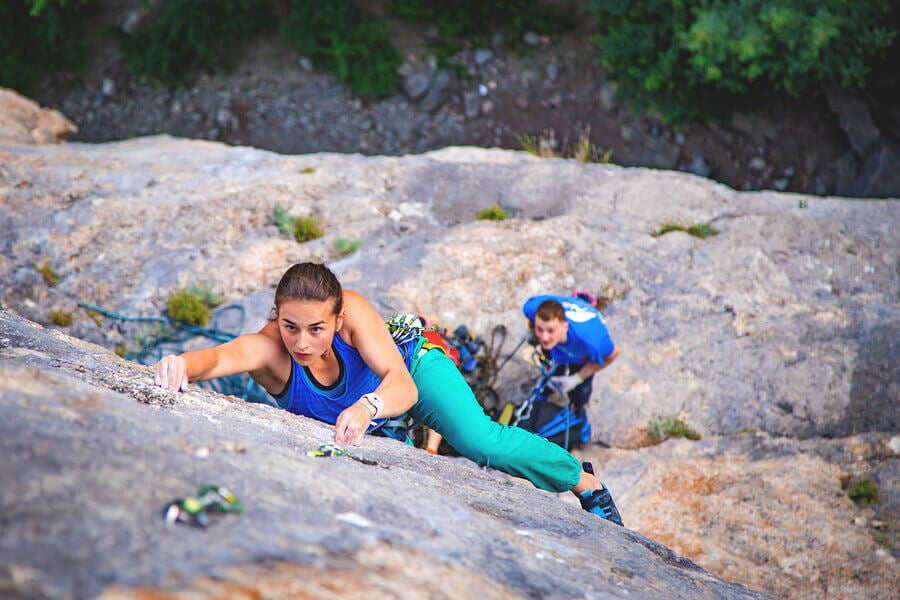 Rock climbing requires both physical endurance and techniques and strategies. In this article, we’ll tell you all about climbing; it’s a complete sport.

What does rock climbing consist of?

This activity, as its name suggests, is based on climbing vertical or inclined rock walls using only your own strength. Any ascent, easy or difficult, is climbing. In addition, you need to do it with both your legs and arms.

Since it can be dangerous high up or in certain circuits, climbers use safety equipment. For example, they use ropes, helmets, harnesses, carabiners, brakes, and fixings. Depending on the type of climb, there are varieties of some of this equipment.

There are different types of climbs according to their difficulty. Numbers from least to greatest, Roman numerals or letters and symbols also label a climb’s difficulty.

This sport originates from mountaineering and dates back to the 19th century in Dresden, Germany and the Lake District of England. The number of climbers, techniques, and equipment have evolved. However, with the invention of climbing walls in the sixties, it became even more popular.

First of all, we have to divide this activity into two groups: indoor and outdoor. The first happens inside with a rock or rock wall. The second takes place outside in nature.

In addition, there are other types of climbing. In fact, it’s a discipline that doesn’t have written rules. According to its philosophy, it could be free, alone, in groups, etc. Here are some of the types of rock climbing:

In this type of climbing, you only use your feet and hands to climb. Although it’s not necessary, it’s best to wear a helmet. Some climbers wear climbing shoes that adapt to both your feet and the rock. However, you don’t use equipment.

This is one of the oldest types of climbing. In addition to carrying equipment, the climber must transport food and shelter while climbing because they’re exploring.

Some know this as traditional climbing, and it’s similar to high mountain climbing. You place locks before climbing and therefore, it requires a lot more preparation.

As its name implies, this type of climbing happens in icy or snowy environments. In addition, it requires special equipment: crampons, ice picks, and other safety equipment. The categories of ice climbing range from one to seven or even higher. Therefore, it all depends on how much ice is on the climbing wall.

In this type, there are fixed anchors with different mechanical or chemical systems. In this way, climbers need to choose where to put their feet or hands to climb. The degrees in sport climbing- whether on a climbing wall or in a natural environment– range from 5.6 for beginners to 5.15 for professionals.

Rock climbing great walls include ascending a long path. Usually, it takes climbers more than a day to complete. Additionally, walls must be at least 1,500 feet. Also, there shouldn’t be a lot of protruding rocks, but there should be vertical faces and small cracks.

This activity is free. In addition, climbers don’t use ropes, harnesses or any protective equipment. Also, they only use their bodies and their ability to climb. In fact, one of the most common places to do this is Yosemite National Park.

Finally, there are lots of other types of rock climbing. For example, there’s solo, artificial, boulder, mixed rock and ice, urban, and more. Would you like to try any of them? Give them a shot! 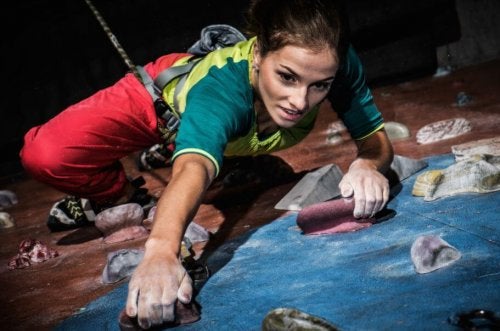 Climb the Rock Climbing Wall with these Movements
Climbing is as natural as walking. Tackling the rock climbing wall has become a popular exercise these days. Learn how to get started! Read more »
Interesting Articles