The Post-Sport Careers of Elite Athletes

Although elite athletes enjoy a lot of sports success, one of the things they need to think about are their post-sport careers. In other words, what they’ll do after they retire. 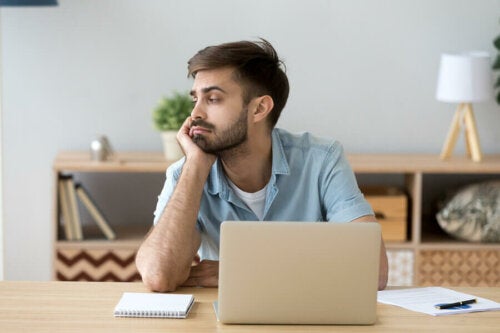 From the outside, sports can seem a glamorous universe where dreams come true. However, the reality for elite athletes and their post-sport careers is more complex than you’ve probably imagined.

Elite athletes have very short careers. In addition, they have to deal with social security-related conflicts in their post-sport careers. And all this without mentioning the difficulties of adapting to other types of activities. They have to do this to re-enter the labor market.

Specifically, the imposition of retiring at such a young age has physical, psychological, and financial repercussions in the lives of athletes. This is mainly the case for those dedicated to sports from a very early age.

Let’s do a simple exercise. Try to imagine what it would be like to have to adapt to a common job after having stood on an Olympic podium representing your country. This is just one of the challenges that elite athletes must face in their post-sport careers.

Regardless of whether an athlete won an Olympic medal or not, their work-life doesn’t end when they retire from sports. In fact, this is only the beginning of the adaptation process to new work reality. This new reality implies a very different routine from the one professional athletes were used to following.

It isn’t just about finding new jobs or trying to reinsert themselves into sports in another way. Post-sport careers involve a transformation of both body and mind. This allows them to “readjust” their expectations, habits, and, also, future plans.

When an athlete can’t readjust their thoughts, emotions, and actions to their new reality, cases of injuries due to overexertion, family conflicts, addictions, and even severe depression can occur.

The new reality, new goals: the mindset of an athlete for post-sport careers

We need to make clear that this “new reality” doesn’t mean that athletes should settle or start leading sedentary lifestyles. In fact, it’s quite the opposite. It’s essential for an athlete who’s used to pursuing great goals and demanding more of themselves to continue stimulating their body and mind and focusing on reaching new professional and personal goals.

However, this is difficult for elite athletes after retirement. Especially if they don’t want to or can’t accept that other work activity will provide the same levels of adrenaline. Or, even the sense of self-improvement as sports did.

Precisely for this reason, for many athletes, “post-sport careers” require much more psychological and emotional than physical effort. In this regard, an athlete’s body will inevitably adapt to new levels of physical activity and a new stage of metabolism.

Fame is an additional variable in the challenges elite athletes have to face after retiring. Some sports professionals achieve great national or international recognition thanks to their sports achievements. In addition, many of them appear in different advertisements and solidarity campaigns.

Going from being a public figure or even an icon to returning to ordinary life, with the anonymity of being a common citizen, is far from easy.

In addition to constantly fighting with their ego, they also need to face the feeling of rejection or decadence that often stems from being displaced from the center of attention (and cameras).

Due to everything we mentioned above, it’s more than natural for athletes to fear what will happen to them after they retire. And although there’s no right or wrong way to undergo this adaptation process, the key to doing so in a healthy way is understanding that each victory in life is different.

The Retirement of David Ferrer: Symbol of Spanish Tennis
Read about the titles and accomplishments of David Ferrer, the famous Spanish tennis player. He recently retired from his professional career. Read more »
Link copied!
Interesting Articles
OTHERS
Physical Preparation for Paddle Tennis

OTHERS
What is Wallyball?

If you combine parts of one sport with others, you can come up with new games that can be even more fun, or at least simpler to practice. That's the…

OTHERS
The Different Types of Golf Clubs

When you see a caddie walking behind a golfer carrying a big bag of golf clubs, you probably wonder if…

OTHERS
The Best Sports Video Games

Sports video games are one of the most popular top sellers around the world. Increasingly more real and with new editions every year, they attract the attention of millions of…

Interesting Articles
MOTOR SPORTS
What Are The Different Motorsports?