The US Open: the Golf Tournament on Father's Day

The US Open, or the United States Open, is one of the major golf tournaments. Starting in 1895, different golf courses host it each year. 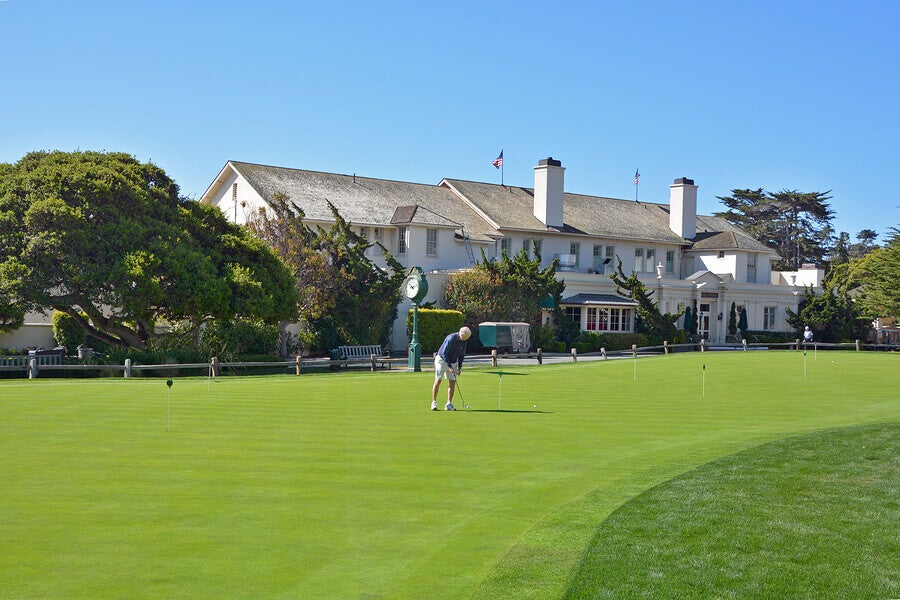 The US Open is one of the most important golf tournaments on the calendar. In fact, it’s one of the major championships, and it always happens on the third Sunday of June, Father’s Day. Learn all about the tournament in this article.

The US Open qualification system

The United States Golf Association (USGA) organizes this tournament. It’s been held on different courses since 1895. As its name implies, the US Open is open to any professional golfer. In addition, it’s also open to amateur players who have an updated handicap of 1.4.

There are different ways to get into the tournament. For example, some get in automatically if they won any of the other three major competitions in the last five years. On the other hand, others qualify in other ways. There are 156 seats in total, and about half are available to qualified players.

Golfers who want to enter the US Open should do it in two steps. First, through local courses over 18 holes in different parts of the country. Then, in a 36 hole course, both courses in the US and two foreign (one in Europe and the other in Japan.)

There’s no minimum or maximum age to compete in the US Open. The youngest player was Hawaiian, Tadd Fujikawa, aged 15, in 2006.

Winners of the US Open

As with the other major competitions, the winner of the US Open receives certain privileges. First, you can play the other tournaments for the next five years and automatically qualify for the next ten US Opens. In addition, you can also enter the PGA Tour for five seasons, and receive an invitation to the Players Championship for five years.

Although players from the United States have won most tournaments, this was not the case at the beginning of the US Open. Between 1895 and 1911, players from Scotland and England were frequent winners.

The first American to win the tournament was John McDermott in 1911. In fact, he’s also the youngest champion at 19 years old. Very few other countries have been able to take this title.

Every season, the chosen course changes. However, it’s always a golf course in the United States. The most recent ones are:

This public golf course (cover image) is on the west coast. More precisely, it’s on Pebble Beach. In fact, many people think it’s one of the most beautiful in the world because it’s on the coastline. Additionally, it offers views of Carmel Bay, the Pacific Ocean, and Monterey Peninsula. It hosted the US Open in 1972, 1982, 1992, 2000, 2010 and 2019.

It’s located in Southampton, Long Island between Peconic Bay and the Atlantic Ocean. This course is a “link” style and was founded in 1891. In fact, that makes it one of the oldest in the United States. Also, it was the first golf club to let females play. Additionally, it has hosted the US Open on five occasions, in three different centuries: 1896, 1986, 1995, 2004 and 2018.

This is another golf course for the US Open, located in Erin, Wisconsin. It was founded in 1999 and, so far, has only hosted one US Open in 2017.

Finally, some other courses that held the US Open are Oakmont Country Club (Pennsylvania), Chambers Bay (Washington), Pinehurst Resort (North Carolina) and Merion Golf Club (Pennsylvania). It’s a tournament with lots of history and tradition. Don’t miss out on the next one!

The Important Aspects of Nutrition for Golf
Many people don't think this is a sport where you need to follow a specific diet. But here's why the right nutrition is key in golf!  Read more »
Link copied!
Interesting Articles
OTHERS
Rules of Competitive Rhythmic Gymnastics

Interesting Articles
Fitness
The FA Cup: The Oldest Tournament In The World

Diet and nutrition
How to Boost the Immune System in Athletes