What is the Single Sports License for Competitions?

With the goal of unifying procedures and preventing duplicity in regional and national federations, the Single Sports License process is now in effect. What does it consist of? 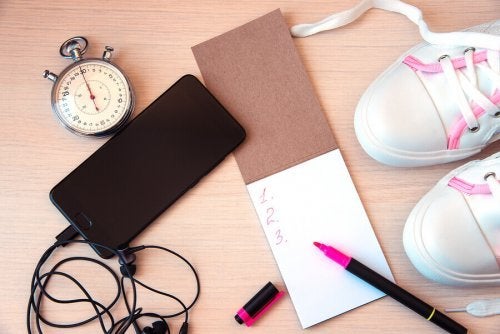 In the middle of 2014, the creation of the Single Sports License was announced in Spain through the publication of the 15/2014 law. The law came into effect in 2015. But, it wasn’t long until controversies, complaints, and disagreements began to surround the decision.

Amidst defenders and critics, there are many people who still wonder what this license is all about. Let’s shed some light on this complex subject. We’ll use this article to explain what the Single Sports License is, and why it’s generated so much conflict.

Single Sports License: what is it and how did it originate?

In its preamble, the 15/2014 law announces the implementation of certain modifications to eliminate or relieve some bureaucratic obstacles. It simplifies several administrative procedures for companies and citizens.

These legal measures recognize the optimization and incentive of electronic administration as the keys to achieving those goals.

The law doesn’t focus on the sports field entirely. However, article 23 is specifically aimed at the conceptualization of the Single Sports License. The text is quite specific:

“To participate in any official sports competition, it’s essential to posses a sports license. This will be granted as a single license by the autonomous sports federations integrated in the corresponding state body. According to the conditions and requirements that are legally established, it must consider enough compensation for state federations for attributed competitions in each case.“

The Single Sports License is a unique permit that enables the holder to participate in official sports competitions; it applies to both autonomous competitions or those funded by the state. This would affect all athletes from the moment they sign up to their corresponding state federation registry.

How does the Single Sports License impact the sports field?

The most important impact of the Single Sports License is on the extension of the market unity principle to the sports world. This is an essential step to eliminate and prevent duplicity. It also helps to simplify the necessary procedures to gain access to the permit for sports competitions.

This decrease in administrative burdens allows for the simplification of the procedures to acquire licenses for referees, judges and even sports clubs. It also serves to optimize the geographical mobility of athletes. This is because it would facilitate their participation in competitions that take place in other autonomous communities.

In summary, the unification of procedures, and the digitization of processes through electronic administration would translate into important logistic and economical savings. It would reduce the financial costs, time and effort for athletes and sports institutions.

Criticism for the Single Sports License

Before approval, the Single Sports License met a controversial reception from sports federations. The main cause for their disagreement was the concern for a decrease in the revenue that came from the unification of the legal procedures.

Ever since the approval of the 1990 Sports Law, these types of administrative procedures had two levels that generated a duplicated revenue. Basically, the CCAA would grant a permit for autonomous competitions.

Before that, with the payment of a fee to the corresponding Spanish federation, the athlete could get the license to participate in state and international competitions. The Administrative Sports Court would ultimately be in charge of regulating the whole process.

Autonomous federations have created a set of tournaments and ‘non-official’ events that don’t require the Single License. On top of that, the contemplated payment to get the license is significantly lower than previous fees.

Since the law had foreseen economical compensation for the CCAA, the revenue of Spanish federations has not only not increased, but it’s even experienced a decline.

And on top of all of this, the incorporation of the Single Sports License forces federations to modify their regulations. This would explain (at least partially) why this initiative not only fell short from the expected results but also caused a plethora of legal remedies.

Amazing Sports Records Throughout History
Athletes have accomplished great things. Here are some of the most impressive sports records that remain unbeaten! Are you ready for your jaw to drop? Read more »
Link copied!
Interesting Articles
OTHERS
How to Play Frontball: A New Form of Basque Pelota

Celebrities always seem slim. However, the truth is, like anyone else, they must exercise to have a smoking body. In…

Diet and nutrition
What Role Does Taurine Play?