The Golden Age of Real Madrid started at the beginning of the century. It began with Pérez as president and the contracts of four international players. 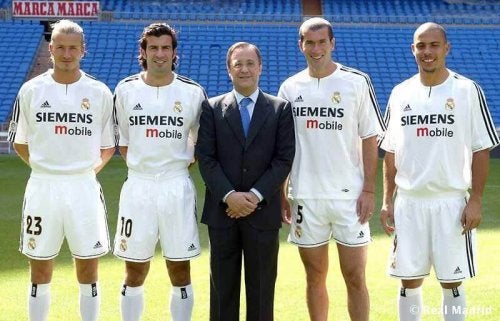 Not too long ago, Real Madrid seemed unstoppable and its players were international idols. The famous Golden Age lasted for nearly six years and doesn’t only linger in the memories of their loyal fans, but for all soccer fanatics. Read about it today in our post.

The beginning of the Golden Age

Madrid’s Golden Age began in the middle of 2000 when Florentino Pérez stepped in as the Real Madrid president. With his ideas, the businessman would unleash a revolution in the club to break out of the economic crisis that burdened them.

One of his first decisions was to sign big, international names into the team. The four players– Figo, Zidane, Ronaldo and Beckham, who was the last to join the team in 2003– cost Real Madrid 200 million euros. But the investment paid off big time with their innumerable victories.

Who were the star players in the Golden Age?

Madrid’s Golden Age was backed by four international players. With their skills, the team exploded into an invincible force. The stars were:

Figo first started out a winger but later played as a midfielder, eventually staying more in the center over time.

Zizou is one of the best French soccer players in history. He joined Real Madrid in 2001 after playing for Juventus. His contract was the most expensive of its time, demanding the team to cough up 73.5 million euros.

Zidane was a player with incredible technique and vision, not to mention amazing control. While the midfielder had his good and bad times, he was certainly one of the best on the field, even in high-pressure situations.

The Brazilian star joined Madrid in 2002 after playing for Inter Milan and having won the World Cup with this national team in the Korea-Japan edition. Madrid paid 45 million euros for the sharp-shooting forward (who was also prone to suffering injuries). In his first three seasons with Real Madrid, he scored 68 goals in the La Liga championship alone.

Coming from Manchester United, Beckham was the last international great to enter the team in 2003. His contract was hefty and lacked no coverage by the media. The English star had a famous right foot and long passes…his free-kicks were even more incredible!

The end of the Golden Age

Despite all the glory and success that the team experienced in those six short years– and despite the enormous reputation they built for themselves– fans and the soccer world never came to embrace Pérez’s policies.

After winning the 2002/03 La Liga, the team manager criticized the manager at the time, Vicente del Bosque, accusing him of falling behind the times. Several weeks after the harsh critique and victory, Carlos Queiroz stepped in to replace del Bosque.

And that wasn’t the only issue: Beckham’s arrival posed another problem for the team as Real Madrid already had a right-winger (Luis Figo). On top of that, some players– perhaps in a stand for del Bosque– left the club after their petitions for a salary-increase were rejected.

In 2004, Real Madrid couldn’t maintain its winning streak and lost six out of the seven games in La Liga, four of which were home games. And that’s when the Golden Age came crumbling down.

The club became a company with an economic model based on a high-level of international commercialization but it paid little attention to gameplay, even when they reached the top of the ladder with impressive titles.

The Golden Age stars were amazing players and they all knew it. But they were, perhaps, a little too self-centered. After tasting success with Real Madrid, Florentino Pérez stepped down from his position in 2006 and brought the Golden Age closer to its end. Zidane and Beckham, however, would keep the team marching along. 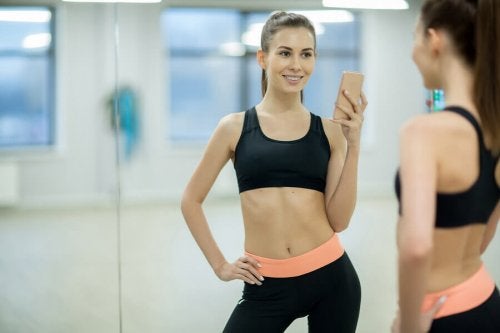 What is Vigorexia Disorder or Addiction to Sports?
Vigorexia disorder is an obsession with exercise and body image. This article explains how to spot it and what the causes are. Read more »
Interesting Articles