The Top 4 Goalkeepers in the World

The best goalies aren't only defined by the teams they play for, but also by the number of minutes that they play without letting a goal in or getting tackled. 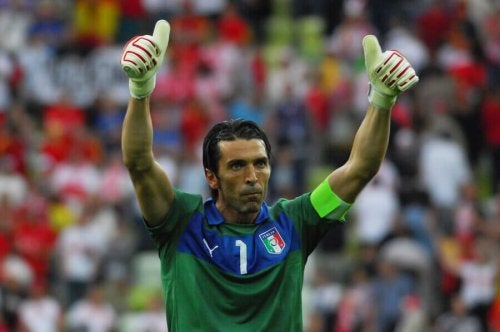 Since 1987, the International Federation of Football History and Statistics (IFFHS) has recognized the best goalkeepers each year. Want to know who they are? Read all about them in our post today.

Who are the world’s best goalkeepers?

Some of the biggest names have already retired from soccer while others are famous on their national team. Some have even become legends in their team history. Regardless of where they are now, they all share one thing in common: they’re (almost) impossible to beat.

1. Manuel Neuer: one of the world’s best goalkeepers

The player on Bayern Munich since 2011 and captain of the German national team, Manuel Neuer started his career on Schalke 04, in 2006 when he was 20 years old. He won IFFHS’s best goalkeeper award four times consecutively between 2013 and 2016.

In his first season with Bayern Munich, he made an unofficial record of 1147 minutes without letting a goal through. His impressive recorded outran Oliver Kahn’s of 1012 minutes in 1989.

Neuer also was on the team that won the 2014 Brazil World Cup. He won the Golden Glove award as he only allowed four goals to pass in the entire tournament.

Born in 1978 in Italy, Buffon, who is shown in the featured image, started his career in 1995 on Parma F.C. However, it didn’t reach fame until his run with Juventus, where he played for 16 seasons.

On the Italy national team, he played 176 games and has only let in 146 goals since 1997. Italy won the World Cup in 2006 after beating France in a memorable match. Said match ended 5-3 in shootouts and became unforgettable when Zinedine Zidane headbutted Marco Materazzi.

3. One of the world’s best goalkeepers: Oliver Kahn

Kahn is another German player on the top-4 list of best goalkeepers in the world. Like Neuer, he also played for Bayern Munich. Born in 1969, he started his career with Karlsruher SC. But the world knows him for his 14 seasons on one of the most important teams in the Bundesliga. He played 780 matches on both teams, making him the third player (and the first goalkeeper) with the most matches in the German league.

IFFHS named him best goalkeeper three times in 1999, 2001 and 2002. His team won the Bundesliga eight times and DFB-Pokal title six times, on top of other local championships as well.

On the German national team, Kahn played in 96 matches since 1995. He also played four times in the World Cup. During his time, Germany won second-place in the 2002 Korea-Japan world cup after they lost 2-0 against Brazil. Despite the defeat, he was chosen as the best player of the tournament.

Casillas isn’t only one of the best goalkeepers in history, he’s also won the most prizes to prove it… for five consecutive years! Casillas was born in Madrid in 1981 and started his career in the lower ranks of Real Madrid in 1990. He won the best goalkeeper award in 2008 until 2012. He debuted in 1999 against Athletic Bilbao.

Casillas was a Real Madrid legend and played for the team during their most successful years under coaches Calderón, Pellegrini, Mourinho and Ancelotti. He played 725 matches with the team, making him second to only Raúl González, who played 741. After Real Madrid, he began playing for F.C. Porto in 2015.

He debuted on the Spanish national team in 2000. Currently, he’s the player that’s played the most international games. During his time on the team, Spain won the 2010 South Africa World Cup (1-0 against the Netherlands), in which he only let in two goals throughout the entire tournament. With Spain, he also won two Euro Cups (2008 and 2012 winning with 2 and 1 goal respectively).

And to tie up our post, we have to mention Belgian Jean-Marie Pfaff, who first won the IFFHS Best Goalkeeper award in 1987.

What’s the Yo-Yo Effect and How to Avoid it?
In order not to become frustrated and to avoid the yo-yo effect, it’s vital to design a strategy. After all, having the perfect body is a lifetime project. Read more »
Link copied!
Interesting Articles
SOCCER
The Best '10s' in Soccer History