Rivalries between national soccer teams are even more passionate because they involve entire countries. There are some that have been going on for more than a century! 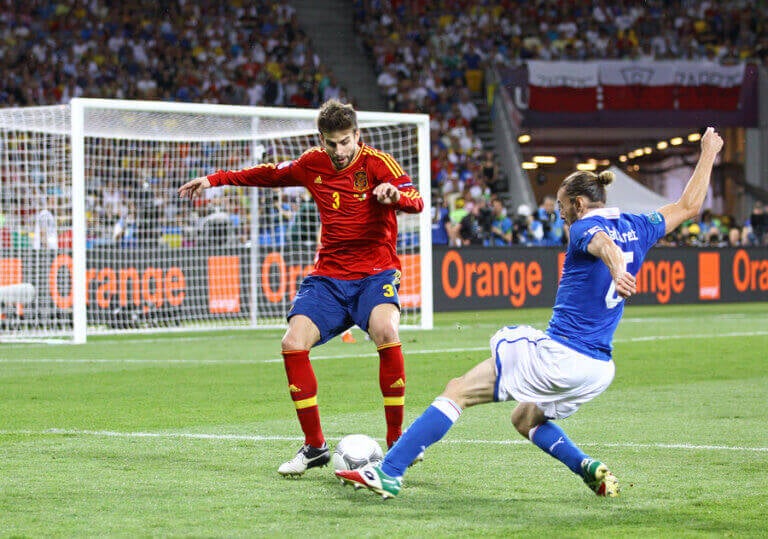 Rivalries don’t just exist at the local level. Rivalries between national soccer teams can become even more passionate… because entire countries are involved! In this article, we’ll look at some of the most exciting derbies in continental and world soccer.

Soccer is synonymous with passion and rivalry. So, it’s not surprising that some matches can be quite heated and some can paralyze the entire country.

Today, we’ll tell you about the biggest rivalries between national soccer teams, the classic matches that all players want to be involved with, and the ones that nobody wants to miss!

It’s known as the ‘Superclásico of the Americas’ and is doubtlessly one of the most anticipated matches in the world soccer calendar. Both are elite teams, with Brazil being five-time world champions and Argentina raising the world cup on two occasions.

Both teams have rivalries with other countries too, but when they face each other in a competition, Argentines and Brazilians start preparing days before the match.

According to the records, the first match between Brazil and Argentina was in 1914 and Argentina won 3-0. Since then, the record has been very even, with 42 wins for the Verde Amarelo (Brazil) and 39 for La Albiceleste (Argentina). There were 26 draws.

Another old soccer rivalry, with the first match in 1920. It was held during the Antwerp Olympics and Spain won 2-0.

On the next occasion, the Italians took revenge with a 7-1 win, and in 1934, during the World Cup in Italy, they drew 1-1 in a game mired in politics.

This isn’t just a sporting rivalry but a political and social one too. It’s, without a doubt, the oldest rivalry in soccer, with the first match being played in the Scottish capital, Edinburgh, in November 1872.

Due to them both being part of the United Kingdom, the two sides have met on dozens of occasions. Although the rivalry has waned since the 1970s, Scottish nationalism sees the game differently, seeing England as the “enemy of yesteryear.”

The history between the two teams is fairly even. In the 111 times they have met, England has won 46 times and Scotland has won 41.

This is known as the ‘Clásico of La Plata River’ because the two countries are divided by this river. The first time they played was in May 1901 in Montevideo, with a 3-2 victory for the Argentines.

One of the most important matches was the 1930 World Cup final, where Uruguay beat Argentina 4 to 2 and was crowned the first world champion in history. The classic Argentina-Uruguay match has been contested more than any other in history.

In total, they have met 192 times, with La Albiceleste winning 88 and Uruguay winning 57.

We return to Europe once again, but this time with one of the most interesting rivalries between national soccer teams because no physical border unites or separates them. The history of this rivalry is totally related to the First and Second World Wars.

The first time they met was in May 1930 in a match that ended 3-3. The most recent competitive match between England and Germany was in the second round of the 2010 World Cup, where the Germans won 4-1. Of the 29 times they have faced each other, each has won 12, with there being only 5 draws.

Other notable rivalries between national soccer teams include Brazil-Uruguay, Argentina-England, France-Italy, and Mexico-USA. Have you seen any of these exciting clashes? Don’t miss the next ones!