There are lots of important soccer teams in Italy, but these derbies are the biggest and most popular. If you get the chance to see one, you simply have to go! 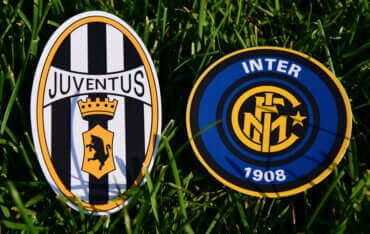 The Italian soccer league is one of the most important leagues in both Europe and the world. So, it’s no surprise that some of the derbies are huge matches. In this article, we’ll tell you all about the biggest Italian derbies and how they came about.

Which are the biggest Italian derbies?

Soccer is something that Italians take very seriously, and every weekend, passions run high up and down the country. The derbies of Italian soccer always promise to be exciting affairs, even just on television. Here are the ones that most stand out:

This is the derby between Juventus and Inter Milan, and they first met each other in 1909 in the Italian championship.

However, the term ‘Derby d’Italia ’was only coined in 1967 by a journalist named Gianni Brera, who pointed out that the two clubs had the greatest records and the biggest number of fans in the country.

Juventus and Inter have so far played 237 official matches, with Juventus winning 108 and Milan winning 71.

You might know this as the Derby della Madonnina, and it’s one of the most important derbies in Italy. This match sees AC Milan face arch-rivals Inter Milan. Not only are they from the same city, but they also use the same stadium (San Ciro or Giusseppe Meazza, depending on who the home team is).

The nickname Derby della Madonnina comes from the name of the statue of the Assumption of the Virgin located in Milan Cathedral. A curious part of the history of these teams is that Inter Milan has traditionally been linked to the upper class, whilst AC Milan has historically represented the city’s working class.

3. Derby of the Champions

The rivalry between Juventus and AC Milan has the nickname ‘Derby of the Champions’ because these two teams have won more titles than any other Italian team. There are also some other reasons for this rivalry, which relate to popularity, tradition, and history.

In particular, one reason these teams are such fierce rivals is that they come from the capitals of Lombardy (Milan) and Piedmont (Turin), the most important regions in northern Italy.

Juventus and Milan first met in April 1901 in the Italian championship. In total, they’ve played each other 231 times, with Juventus winning 91 times and AC Milan winning 66.

This is also called the Derby della Mole and is one of the best-known local derbies in Italy. The main reason for the rivalry is that both teams, Torino and Juventus, are based in the city of Turin.

However, another backstory to this derby is that the Torino team was originally founded after a dispute between the board members at Juventus.

Including friendly matches, they’ve played each other 241 times since they first played in 1907. Juventus has the lions share of the victories with 104 wins compared to Torino’s 73.

The Derby della Capitale features Roma and Lazio, who are both based in the Italian capital. It’s one of the fiercest derbies in Italy and one of the most important in Europe. For the people of Rome, this much more than a soccer match and is a symbol of their capital’s political history and ideology.

The Derby del Sole, or Derby del Sud, is another classic Italian derby. It’s played by Roma and Napoli, the first two teams from the central-southern region that were admitted to the top Italian league along with Lazio.

There are a couple of other derbies that are worth mentioning, though they’re not quite as popular: the Derby della Lanterna (Genoa vs Sampdoria) and the Derby of Verona (Chievo Verona vs Hellas Verona). Don’t miss the next time that these teams play each other!

Giants of Soccer: AC Milan
Associazione Calcio Milan, better known as AC Milan, is one of the biggest teams in the Italian soccer league and was founded in 1899. Read more »
Link copied!
Interesting Articles
SOCCER
Soccer Players with the Longest Careers