The Classic Encounters of Chilean Soccer

Some classic encounters of Chilean soccer have several decades of history; others are newer. But they all inspire great passions. 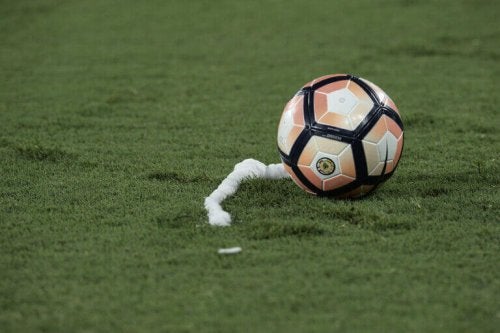 In the following article, we’ll talk about the classic encounters of Chilean soccer. Chile is a South American country where this sport is beyond popular, and it has its origins after the arrival of the English.

The history of Chilean soccer goes hand in hand with the arrival of English immigrants to the country, back in the late 19th century. First, they settled in the city of Valparaíso, and then they expanded to other ports and the capital. They brought along with them the rules for this sport and made it the most popular game there.

Which are the classic encounters of Chilean soccer?

Like in so many other countries in the world, soccer has inspired passions in all regions. This usually generates rivalries between some teams, which can be rooted in many different reasons. In the following paragraphs, we’ll cover all of the classic encounters of Chilean soccer:

It’s the encounter that most people watch in the entire season since the protagonists are the two most successful teams in the country: Colo-Colo and Universidad de Chile. The first confrontation between the two happened in 1935, and three years later, the U had to play against the Albos to enter the professional championship.

So far, they’ve faced each other 234 times, with a clear margin in favor of Colo-Colo (106 victories against 62 of their opponent). The player who has participated the most in the Super classic was Misael Escuti, from Colo-Colo (37 games).

One of the interesting things about soccer in this country is that university teams are among the most important ones. Something similar happens in Mexico with UNAM or UANL, among others. We’re talking about the University of Chile and the Catholic University, who is the protagonist of this university classic.

According to FIFA, it’s the most traditional classic encounter in Chile, and also the oldest rivalry; they met for the first time in 1909. Both teams have their base in the country’s capital and they’ve faced each other 236 times. The U (from Chile) won 92 times, and the Cruzados won 72. They tied the remaining 72 duels. Sergio Lovingston, from La Católica (Catholic University), is the player with the most games: 32.

We can already guess which teams will be participating by the name of the classic. This is one of the more popular Chilean soccer classic encounters since the participants are usually the ‘entertainers’ of each season: the Colo-Colo and the Universidad Católica (Catholic University). The relevance of this classic encounter is based on the performance of each club, and it’s a fairly modern duel.

The first time they faced each other was in May 1939, with a Colo-Colo victory. This team has a clear difference with respect to his rival since out of the 236 times they’ve played against each other, Colo-Colo has won 102 of them. Meanwhile, the U took the points on 70 occasions and tied in 64. Again, Sergio Livingstone appears as the player with the most games: 32.

Another Chilean soccer classic encounter with the Colo-Colo as a protagonist, except, in this case, the rival is Cobreola, a team that tied the history of encounters with the Albos up until 2014. Currently, the statistics mark 43 matches in favor of Colo, and 41 in favor of Cobreola (with 34 ties).

The first confrontation for national championships between the two teams was in 1978, and the interesting part is that the Calama players won by a 4 – 2.

This classic encounter has the two most important teams in Valparaíso as protagonists: Everton and Santiago Wanderers. It’s called ‘Porteño’ because the clubs have their headquarters in port cities.

The first time the blues and greens met was in 1944, with Everton’s victory. So far, they’ve played 165 times, with 65 wins for the Viña del Mar team and 57 for the green and white jersey (Santiago Wanderers). They’ve tied 43 times.

To finish this list, other classic encounters of Chilean soccer that are worth highlighting are the Classic Penquista (Deportes Concepción and Fernández Vial); the Classic Chorero (Huachipato and Naval de Talcahuano); and the classic of the colonies (Audax Italiano, Palestino and Unión Española). Which of them is more attractive to you?

The Impressive Soccer Stadiums for Tokyo 2020
The soccer stadiums for Tokyo 2020 are modern, as most are less than 20 years old. They're awaiting the start of the Olympics. Keep reading to learn more! Read more »
Link copied!
Interesting Articles
SOCCER
Soccer Players with the Longest Careers