Top 5 Soccer Players Who've Played for the Most Clubs

Here's a list of the most amazing, record-breaking soccer players who've jumped from club to club throughout their careers. 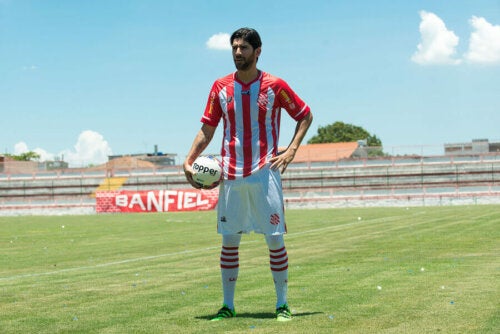 They’ve defended the honor of many soccer clubs throughout their careers! Here are the top five soccer players who’ve played for the most clubs.

It can be hard to grasp the idea that some soccer players have been signed by multiple clubs, but it’s completely possible. In fact, the following players have wandered through more than 20 soccer clubs!

The Uruguayan soccer star has the world record due to the number of clubs he’s played for since his debut in 1994 until 2019. In his 25-year career, he played for no less than 29 clubs. That’s right! More than one per year. But that’s not all: Abreu was a player in the Uruguayan national soccer team as well.

In chronological order, the clubs he played for are:

The soccer clubs that Burridge played for are:

The former German player, born in 1973, has played for clubs in all the FIFA confederations, that is, clubs of all five continents. Lutz has also published a book titled The incredible adventures of the unstoppable keeper.

His career took off when he started playing for FC Bad Kotzting in Germany in 1991, and until his retirement in 2011 he played for the following clubs:

This British player makes it to the top five soccer players who’ve played for the most clubs. His career began in 1983 and ended in 2017. After that, he became a coach and has already led four British clubs.

De León is a soccer player born in Honduras. His nickname is Rambo and since 2020, he’s played as a midfielder.

Since his career is ongoing, he’s likely to keep “wandering” over clubs. The Honduran player has also played for the national Honduran team.

Moreover, he spent most of his career in Honduras and Italy. Since 1996, De León has played in the following clubs: Platense (Honduras), Atlético Celaya (Mexico), Olimpia (Honduras), Deportivo Maldonado (Uruguay).

The Big Five of Argentine Soccer
In Argentina, you can find soccer everywhere. In this article, we'll look at the so-called 'big five' of Argentine soccer. Read more »
Link copied!
Interesting Articles
SOCCER
The Best '10s' in Soccer History