What Happens in the Event of a No-Show?

National and international soccer norms are clear about no-shows. What are the sanctions that are applied in such circumstances? 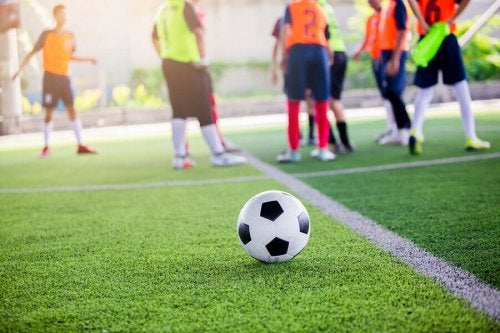 Not only friendly matches can suffer a no-show. Official and professional soccer teams have also failed to present themselves in a match. As for matches that take place in Spain, the Royal Spanish Football Federation has certain procedures and sanctions in the event of a no-show.

The Spanish regulations also establish clear guidelines on when teams should arrive at the stadium for their pending match. Furthermore, the regulations specify how early teams must start traveling in order to reach their away matches.

When teams don’t want to or can’t play

The easiest no-show case to explain is when one of the two disputing teams don’t present themselves at the stadium at the set time and date. While it’s the easiest case to explain, it certainly isn’t the only circumstance that no-show rules can apply to.

Teams must also have a minimum number of players to start the match. Adding on, the teams must formally communicate their players to the corresponding entity that regulates the competition.

Suspended players can’t form a part of the line-up. In the event that a team includes a sanctioned player on their line-up, authorities would respond by sanctioning for fielding an ineligible player.

Before declaring an official no-show, the head referee must start the 30-minute waiting period. The waiting period, however, is only given to teams that face a logistic problem and have advised authorities beforehand.

In the case of negligence or deliberate absence, the referee can cancel the match without waiting.

What happens when a team is a no-show?

Regulations establish a general rule that makes the absent team the loser of the match. If the championship is a point-based system, the official score is recorded as 3-0. These goals favor the winning, present team while hurting the record of the absent team.

Furthermore, the no-show also loses three of their already won points. Should they only have gained two or fewer points prior to the match, their score would go into the negatives.

In cases of direct eliminations, the absent team doesn’t only lose their present match: authorities also eliminate them from the competition without playing the second-leg match.

In addition, if a team fails to present itself at a home game, it must compensate the other team for their transportation, lodging and meal costs.

The Royal Spanish Football Federation also clearly states the regulations for repeated no-show offenses. Regional and local competitions also include some kind of additional sanction that follows the Federation’s regulations.

Simply put, if a team fails to present itself in a match on more than one occasion during the same competition, it doesn’t only subject itself to point-deduction and fines; it also risks expulsion from the competition and near-future editions.

Should a team fail to present itself frequently– at least three times in the same competition– authorities can suspend them for life. In any case, teams can easily prevent such situations by following rules and being punctual.