The Longest Tennis Matches in History

Throughout the 20th century, we saw tennis matches lasting much longer than usual. Now, in the 21st century and given the skill of the opponents, this trend continues. 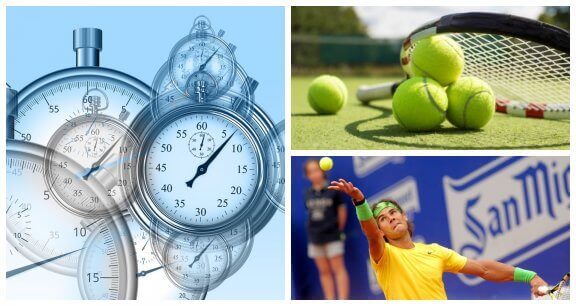 Typically, tennis matches last between two and three hours, although there can always be exceptions. In fact, there have been matches that have lasted almost eleven hours. Therefore, below, we’ll remember and discuss some of the longest matches in the history of tennis.

In recent years, tennis players have become more skilled, which makes it less exceptional to watch six-hour matches. Moreover, nowadays the players are pretty even in terms of their performance on the field. It’s not so unusual that matches last longer than expected.

The longest tennis matches of the 20th century

One of these emblematic matches took place at Wimbledon in 1969 between the American tennis players Pancho Gonzales and Charles Pasarel. In this encounter, Gonzales played 112 games, lost the first two sets, but in the end, he managed to defeat his rival.

Soon after, tiebreakers, which prevent prolonging the sets, were introduced.

In 1982, John McEnroe won against Mats Wilander, a 17-year-old who had just beaten Roland Garros, at the end of the Davis Cup in no less than 6 hours and 22 minutes. With this victory he had broken a new record in this championship, playing and winning all 12 matches.

In the 21st century

The French tennis players Arnaud Clement and Fabrice Santoro broke the record for the longest game during the Grand Slam in the Open era (6 hours and 33 minutes) in 2004.

The match, which ended with a victory for Santoro, started on Monday but had to be suspended due to the lack of light, just as they tied with five points during the fifth set.

In 2005, at the end of the Tennis Masters Cup, the Argentine David Nalbandian and the Swiss, Roger Federer, played for four and a half hours. Finally, the Argentine took the title, and by doing so broke the Swiss’s streak for having won 24 consecutive finals.

A year later, in 2006 another long tennis match took place. This time, Knowles and Nestor, played against Aspelin and Perry at Wimbledon. The game lasted 6 hours and 9 minutes and took two days to finish due to the lack of light, the final set ended with 23-21 points.

More recently, in 2009, the British team decided to make their players compete against each other to determine who would play against Ukraine in the Davis Cup eliminator.

It took Chris Eaton 6 hours and 40 minutes to qualify. He went on to represent Great Britain in the Davis Cup, but lost his first game. The overall result was that Ukraine won four matches to one.

This year, Radek Stepanek played in the Davis Cup semifinal against Ivo Karlovic for 5 hours and 59 minutes. In the match, there were four tiebreakers but ended with 16-14 in the last set, in favor of the Czech player, Radek Stepanek.

But, importantly, the 78 aces played by Karlovic may not have gotten him the victory, but it sure got him a world record.

In 2010, John Isner broke the record for the longest tennis match in history, as he defeated Nicolas Mahut after 11 hours and 5 minutes at Wimbledon.

The match took three days to complete, the second day was the longest since they played seven hours without rest. The American player won the final with 70-68 points. Besides breaking the record for the longest match, they broke other records:

In recent years, another incredibly long tennis match took place in 2015. During the Davis Cup, Leonardo Mayer and Joao Souza, played for 6 hours and 43 minutes, ending with a 15-13 win in the final set.

Playing these matches takes a heavy physical and mental toll on the players, since the championships don’t last long, and they become fatigued from playing other matches only two or three days before.

However, for the people that love this sport, watching long tennis matches is a pleasure.

David Goffin: An Overall Great Tennis Player
David Goffin is among the best ranked tennis players despite his short stature. However, he is very versitile in skill and strategy that make him so good. Read more »
Link copied!
Interesting Articles
TENNIS
Venus and Serena: Queens of Tennis