The gold triad is made up of Jack Nicklaus, Arnold Palmer, and Tiger Woods. The latter unseated Gary Player. 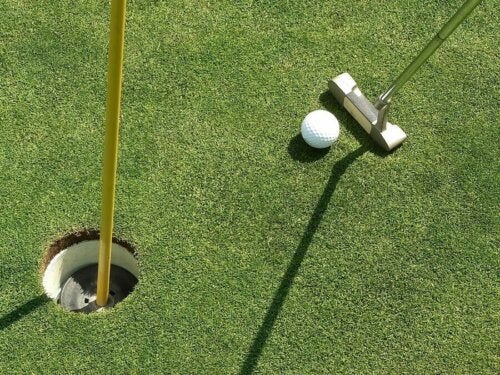 For many years, the Big Three in golf were Nicklaus, Palmer, and Player, until a boy by the name of Tiger Woods came along and took the latter’s place. That’s why today Woods, Palmer, and Nicklaus are the protagonists of the golf triad. We’ll tell you all about them in the following article.

Born in Ohio in 1940, Nicklaus is known by golf fans as the best player in history. This is due, in part, to the fact that he is the golfer who has won the most major tournaments—18 to be exact.

He got the nickname the Golden Bear because of his robust appearance and hair color. He won his first professional tournament at the US Open in 1962. The 1970s were undoubtedly the most successful time of his career, achieving nine majors. The last, an Augusta Masters, was achieved in 1986 at the age of 46. So far, he’s the oldest winner.

Nicklaus retired from the golf courses in the year 2000, although he made an appearance in 2005. He hosts his own PGA Tour tournament called the Memorial Tournament. He also writes books on playing technique. Additionally, he has his own brand of golf equipment and designs courses to practice the sport.

Without a doubt, his most prolific years were in the sixties, when in addition to the big tournaments, he took 24 PGA tours. He was also a television star in the 1950s. Along with Nicklaus and Player, he made golf popular around the world.

No one can deny that Tiger Woods is the most famous golfer of all time, and he is still playing. So far, he has 15 majors and is only three short of matching the best, Nicklaus.

Tiger Woods began his career at a very young age. At just 20 years of age, he won several amateur tournaments. A year later, in 1996, he went professional and won two tournaments in only three months.

Even though he confirmed his retirement in 2009 after several personal problems, he made a return to tournaments in 2012 and continues to show that his technique and his effectiveness are still valid.

The golf triad: what happened to Gary Player?

In the sixties and seventies, the Big Three were Nicklaus, Palmer, and Player. However, the latter was ousted by Woods at the beginning of the new Millenium.

The “Black Knight” kept on playing after 50 years in the Champions Tour, and won no less than 19 titles—the last was in 1998.

Ultimately, many believe that this golf triad of Woods, Palmer, and Nicklaus should include, or reinclude, Gary Player. So you could say that they’re the best-golfing quartet!

A List of the Seven Best Golfers in History
The best golfers of all time have several records to their credit. They've won more than one Major and were very important in their times. Read more »
Link copied!
Interesting Articles
SOCCER
The Best '10s' in Soccer History