The Best Cyclists in History

Bernard Hinault, Eddy Merckx and Miguel Indurain are some of the best cyclists in history. In this article, we'll review the achievements of these legendary athletes. 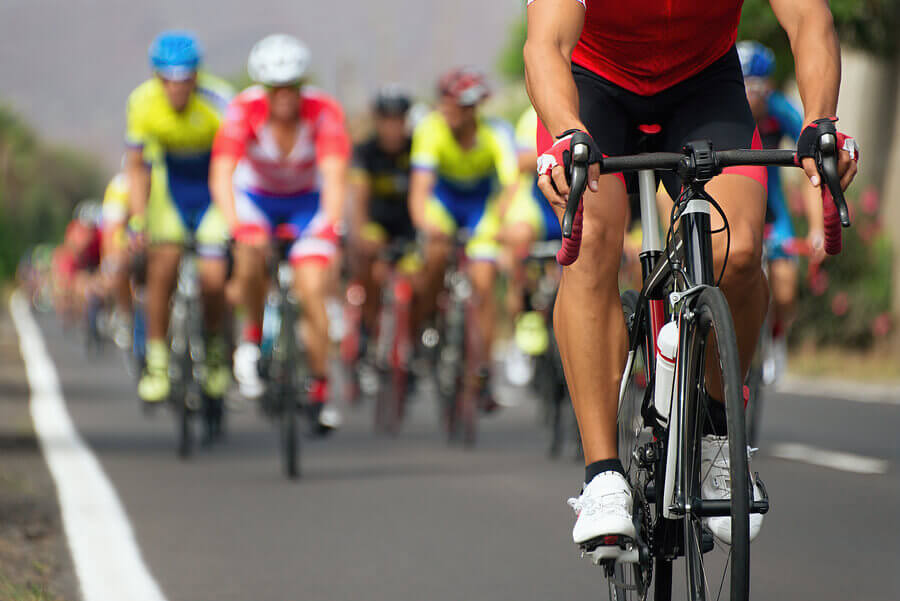 As with all sports, cycling enthusiasts constantly wonder who the best cyclists in history are. Therefore, in this article, we’ll list the names of those cyclists we believe have made cycling such an important sport worldwide.

Cycling is usually less popular in the media than other sports such as soccer or basketball. However, the truth is that some cyclists take this two-wheeled sport to another dimension.

Today the competition between cyclists is so high and demanding, that we could be witnessing the golden age of this sport. Cycling technique and the professionalism of athletes is extremely high, thus the quality of competitions has increased significantly over the years.

Trying to list the best cyclists in history isn’t an easy task. In all truth, there have been many incredible cyclists in the history of the sport. Acknowledging this difficulty, we’ll only enumerate those we think have had the greatest impact on cycling.

At any rate, the following ranking includes the most outstanding champions of all time who made this sport as great as it is today.

The best cyclists in history

Fausto Coppi’s career is, in simple terms, one of the most impressive of all times. The Italian athlete dominated the sport before and after World War II. Fausto Coppi was especially famous for using his skills as a climber and sprinter to build a unique record.

This is a cyclist who was well above the rest since he basically translated most of his races into victories. As it is, Coppi was and remains one of the professional cyclists with the most winning titles. His record includes world championships and individual time trial cycling.

In fact, Coppi was the first to win the Tour de France and the Giro de Italia in the same year. Plus, he didn’t only win both championships once but twice, the first time in 1949 and the second time in 1952. On top of all his accomplishments, the Italian had to face other mighty champions such as Koblet, Bobet, Kubler, Magni, not forgetting Bartali.

Nicknamed ‘Master Jacques’, he was an individual time trial specialist. Anquetil remains a unique athlete, both on and off his bike. This cyclist is considered by many to be one of the most important cyclists in the history of this sport.

Considered by many to be the fastest, toughest and greatest cyclist of all time, Eddy Merckx is a legend of this sport. This Belgian cyclist is the proud owner of 11 Grand Tours, 64 individual time trials, three world championships and 27 classic cycle races that include three Paris-Roubaix.

During his career, which ranged from 1965 to 1978, he won 525 races. The dominance he had over the cycling scene in the 1970s knew few equivalents in the history of modern cycling.

Eddy Merckx had a voracious appetite for winning all the competitions in which he participated during his career. He was the first driver to achieve the Triple Cycling Crown: the victory in the Tour de France, the Tour of Italy and the World Cycling Championship in one season.

Bernard Hinault is the best French cycling champion of all time. Born in 1954, he had an irritable temper but was also very stubborn and he didn’t falter when he wanted to achieve a goal. Undoubtedly, his personality helped him become one of the best cyclists in history. In fact, he was the third cyclist in history to win the Tour de France five times, following in the footsteps of Jacques Anquetil and Eddy Merckx.

5. Miguel Indurain, one of the best cyclists in history

Together with Pedro Delgado, the Spanish cyclist Miguel Indurain is considered one of the best cyclists in history. He is loved deeply by Spanish fans, but he’s also very popular among the Tour de France fans. After his victory in 1995, Navarro became the fourth driver in history to win the Tour de France five times. That year he became part of a select elite group that included Eddy Merckx, Bernard Hinault, and Jacques Anquetil.

Many cycling enthusiasts consider Indurain great because of his devastating speed and amazing ability. This cyclist was admired for his ability to climb mountains without breaking his rhythm.

Finally, we have to clarify that it’s very difficult to compare cyclists such as Coppi, Anquetil, Merckx, Hinault or Indurain. Every era has its champion, and all are great for different reasons. However, we’re convinced that all of them should be included in this ranking of the best cyclists in history. Do you agree with our choices or would you want other cyclists featured?

Fundamentals of Cycling that Every Cyclist Should Know
Cycling is a passionate sport that is highly rewarding for those who dedicate the training time it deserves. Read about the fundamentals of cycling here! Read more »
Link copied!
Interesting Articles
Cycling
Bicycle Day: Tribute to a Sport and Lifestyle

April 19 is a special day for cycling fanatics, as it commemorates Bicycle Day. To honor it, we'll help you…

Cycling is a fairly traditional sport that's become extraordinarily popular in the European continent and also in some American countries. Hence, it's no surprise that many people show an interest…