How Does Spirulina Affect Athletic Performance?

According to various studies, supplementation with antioxidants tends to have a negative impact on athletic performance. In this article, we'll talk more about this supplement. 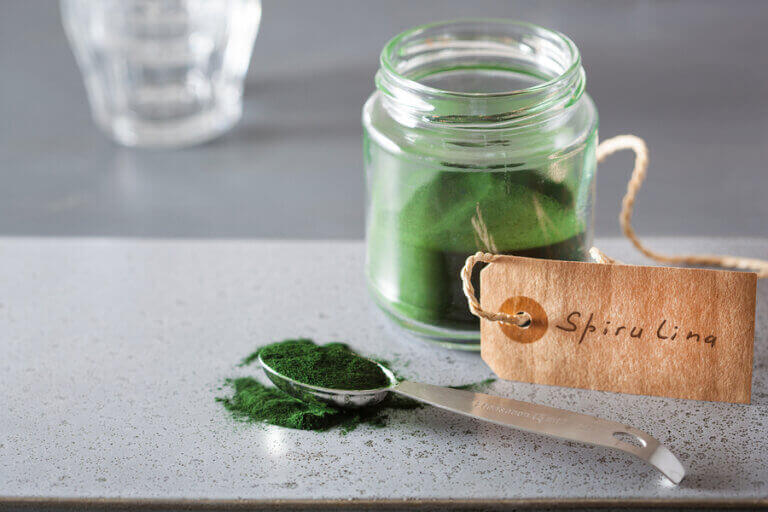 Spirulina is an alga that many used to think was a superfood. One of its main features is that it’s a source of group B vitamins, which play a part in energy metabolism.

Besides all of this, its potential impact on athletic performance has also been studied, and in this article, we’ll tell you what they are and how you can use spirulina effectively.

Beyond these qualities, its possible effects on sports performance have also been studied. In this article, we’ll tell you what the studies say and how you can use this supplement efficiently.

An article published in the journal Sports Medicine states that supplementation with antioxidants has a negative effect on athletic performance. However, the report did note some exceptions. One of them is spirulina, and there’s the hypothesis that it could be beneficial for endurance performance.

The studies showed that, combined with exercise, spirula had a positive impact on body composition and cardiorespiratory fitness.

Beyond this, there are no studies that show the potential effects for elite athletes or athletes with normal weight. This means that there’s currently not enough evidence to suggest that spirulina can really improve athletic performance.

How do people take spirulina?

You can buy spirulina as a powder or lozenges, and a daily intake is around two grams over two or three doses. The powder version has the advantage that you can add it to smoothies or juices, though some people don’t like the flavor too much.

Because of its taste, it’s normally consumed as a lozenge. It’s a fairly inexpensive supplement that you can easily get hold of in the pure form. However, it’s important to emphasize that there are no demonstrable benefits unless you’re overweight or obese.

Although this supplement may not have an impact on your athletic performance, some doctors do prescribe it for other health reasons. There are studies that link regular consumption of spirulina with a decreased risk of cardiovascular conditions in the medium to long term.

As a result, it might be good to take it alongside some other antioxidant compounds to improve your heart function. One good example might be resveratrol.

In any case, a varied, balanced diet made up of fresh products should be enough to guarantee good medium and long-term health without the need for spirulina.

Spirulina is a microalga that’s become trendy in recent years because of its supposed health benefits. As a result, researchers have studied its effects on athletic performance.

However, no studies have shown anything more than a slight improvement in performance for overweight individuals who have a physical exercise plan.

That being said, its positive effects on cardiovascular health could be promising, particularly if combined with other antioxidants such as flavonoids.

As far as your health is concerned, the best strategy is to stick to a varied, balanced diet. Making sure that you eat enough fresh products and avoid processed foods will be good enough.

If you’re looking to improve your athletic performance, there are other ergogenic substances on the market. Examples such as creatine, caffeine, and beta-alanine have proven effects in randomized trials.

These substances will improve athletic performance for both amateur and professional athletes without harmful side effects.

The Benefits of Nuts for Cardiovascular Health
Nuts have clear benefits for the cardiovascular system. Decrease your risk of suffering from cardiovascular related disases by adding them to your diet! Read more »
Link copied!
Interesting Articles
Supplements
When to Take Creatine

Useful supplements are nutrients or substances that improve sports performance or certain functions of the human body. Many of them…

Diet and nutrition
Is Creatinine Harmful To Your Health?

Creatinine is a waste product produced by the muscles. The kidneys work to filter it from the bloodstream, excreting it…

Diet and nutrition
How Much Protein Intake is Needed After Exercising?

Protein is the macronutrient involved in muscle recovery. Therefore, protein intake is essential in the moments before and after a…