Improve Your Workouts with Caffeine and Creatine

Do you consume either of these substances as a supplement to improve your physical performance? Get the scoop on creatine and caffeine in our post today. 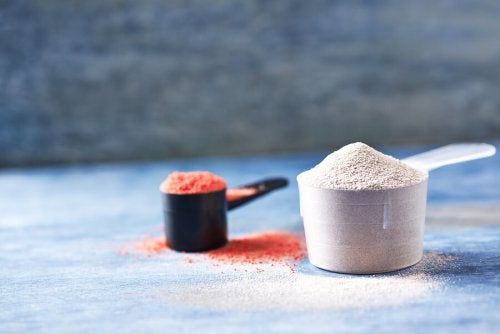 For years now, athletes have been turning to drinks that are specifically formulated for better performance. These drinks contain protein and other components such as creatine or caffeine. But, are there any background studies on creatine and caffeine?

According to the Scientific Committee on Food, both substances fall under the same category and show positive results for athletic performance. Thus, people use caffeine and creatine for ergogenic use, or in other words, to improve their performance.

Caffeine is widely used and present in many cultures such as coffee, tea or chocolate. It has stimulating properties, making it a useful substance in sports nutrition.

In addition, people don’t consume caffeine as a pure substance. Instead, it’s often mixed with other ingredients to make sports supplements, such as energy drinks.

In order to enhance athletic performance, users need to consume around 200 to 300 milligrams– or 3 to 6 milligrams per pound of total bodyweight– of pure caffeine. The same dose in the form of tea will yield poorer results.

But, users should also take their own tolerance levels and habits into consideration. Ingesting low doses of caffeine after not having ingested it regularly can yield similar results to ingesting high doses on a regular basis.

Therefore everyone needs to find their own ideal dose of caffeine.

As for ways of consuming caffeine, there are various options. The most common forms include caffeine pill supplements, coffee, and sports drinks. However, alternative options also include gum, energy bars, gels, mouthwash, energy drinks, and sprays.

Depending on the form of consumption, the body can absorb caffeine faster, such as in the case of gum in comparison to the pills. The speed of absorption is an important factor in many sport situations. However, researchers need to carry out more studies to test the different ways of consuming caffeine.

Consuming caffeine can lead to mild side effects (such as nervousness or gastrointestinal discomfort) depending on dose and individual tolerance. In some cases, it can also lead to serious side effects such as ulcers, or epileptic episodes.

Creatine, or n-methyl guanidino-acetic acid, is an organic compound present in meats and fish.

Users can consume this substance for two purposes: as an energy source for high-intensity tasks or to reduce muscle fatigue.

As an energy source

The body stores 95 percent of creatine in skeletal muscles. When the subject is resting, it releases or uses it to create another molecule called phosphocreatine. Phosphocreatine helps the body obtain energy during short, high-intensity exercises.

During a workout, muscles produce acids when releasing hydrogen ions, which in turn result from the natural reactions for obtaining energy. The resulting acidosis causes fatigue. Creatine uses those ions to form phosphocreatine, which reduces the number of ions that can produce acidosis.

Creatine as a supplement

Studies have shown that creatine is a safe and effective nutritional supplement for enhancing physical performance. Creatine works efficiently for short, high-intensity workouts– or exercises that last between 30 seconds to two minutes. It also works well for interval exercises.

As for dosage, there are two options:

For 5-7 days users should take 20-30 grams of creatine, divided in four servings, a day. Fast charge users need to go through a maintenance phase as well where they should take single 3-5 gram doses a day.

Protocol for a slow charge

A slow charge will yield the same results as fast charge but uses different doses. In slow charge, users should take 3-5 grams of creatine once a day for four weeks.

Can you use caffeine and creatine together?

Research suggests that taking caffeine and creatine together reduces the absorption of the latter substance. However, the weaker absorption only occurs when the user ingests them at the same time. If you take them at different times of the day, the ergogenic effects of creatine will still yield positive results. 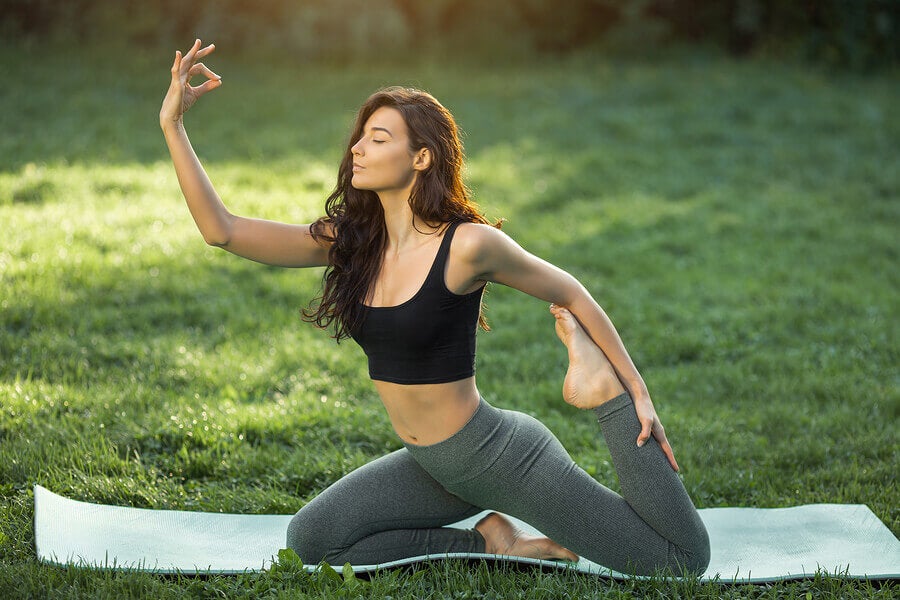 Yoga Postures to Improve Weightlifting
Yoga is definitely one of the best ways to reduce stress. Moreover, incorporating yoga postures into your workouts can be very beneficial. Read more »
Interesting Articles 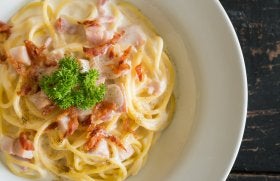 Although many people avoid carbs while following a workout routine, this isn’t as effective as we previously thought. In fact, increasing your carb intake during training can improve your performance! There are studies that recommend boosting your carbohydrate intake during… 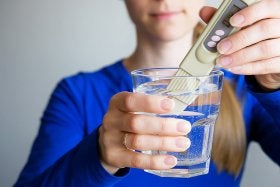 The pH levels of water are a result of the minerals inside. Alkaline water undergoes an ionization process that provides a pH level greater than seven. Thus, it boasts a neutral pH level because it exceeds the acid range. Media and… 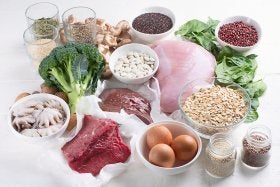 Supplements
The Relationship Between Iron and Diet

Iron is present in all body cells. However, this compound is rarely alone. It’s almost always bound to proteins or, freely, such as hemoglobin, myoglobin, or bound to respiratory enzymes. It can also be linked to storage proteins such as… 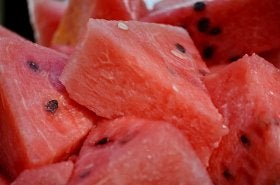 Supplements
Citrulline Supplements: All You Need to Know

Every day, new supplements appear on the market claiming to be the new must-have. Citrulline might seem like one of those fads, but it’s been around for much longer! This non-essential amino acid is hidden in fruits such as watermelon… 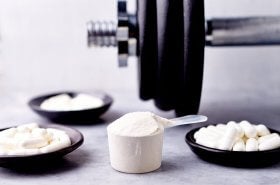 Supplements
Supplementing with Creatine: Does it Work?

Creatine is one of the most known and studied supplements. As a matter of fact, there are over 1,800 studies published about it. Nowadays, supplementing with creatine is very common within the sports world. Is it really effective? What is… 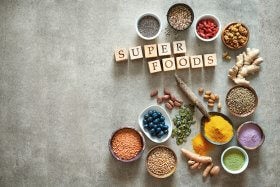 Supplements
Everything you Need to know About Superfoods

Nowadays, we have information overload. Trends come and go, but what’s real? “Superfoods” are one of those trends that seem to be sticking, even though it doesn’t have a technical definition! Here’s what you should know about superfoods, how they’re…