What's The Open Era of Tennis?

Today, we want to tell you what the Open Era of tennis refers to and the history behind this term. Find out in the following article. 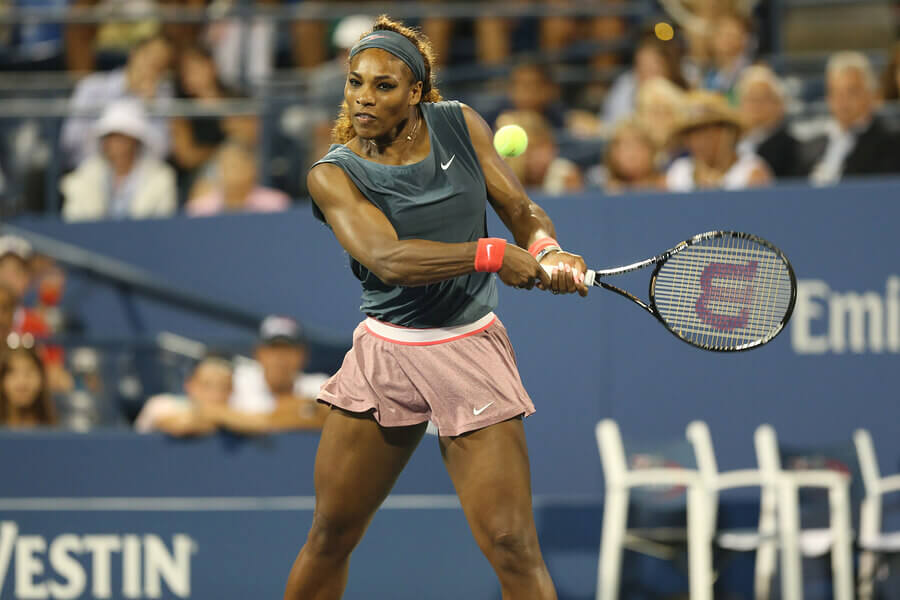 We often hear about the Open Era of tennis from media sources. However, do you know precisely what they mean by this term? What are the characteristics of this historical stage of tennis and what was this sport like before?

To fully understand what the Open Era of tennis is, we must go back to the 1920s. At that time, internationally renowned players such as the American Vinnie Richards and the Frenchwoman Suzanne Lenglen began receiving payment to play at exhibition tournaments.

As time went by, many of the best players were ‘selected’ to offer their services in tours that big businessmen paid for. To a certain point, this was the beginning of professional tennis.

For this reason, professional players could no longer compete in amateur tournaments for many years. This list included the most important tournaments–the ‘big four’ and the Davis Cup.

However, by 1968, there were too many complaints about amateur players receiving money under the table. Therefore, the authorities decided to resolve the situation and unify the tennis competitions. In short, this was the beginning of the super pro sport we know today.

The Open Era of tennis: The early years

Once the authorities established the new conditions, all players were entitled to participate in the tournaments of their choice. In addition, the best athletes had the possibility of making a living from this sport.

On April 22, 1968, the first tournament under this modality began: The Hard Court Championships of Great Britain. The first champions of the Open Era were Ken Rosewall, and Australian player who beat his compatriot Rod Laver in the final, and the American, Virginia Wade, who resigned her prize for fear that this new era wouldn’t be successful.

Ken Rosewall, the first winner of the Open Era of tennis Image: The Australian.

By 1970, the great tournaments had come together: The Australian Open, Roland Garros, Wimbledon, and the US Open were now open to all players. This is what we know today as the Grand Slam.

Two years later, in 1972, the players organized themselves and formed the ATP, Association of Tennis Professionals. Over time, this entity gave rise to its ranking, which qualifies the best-positioned tennis players to this day. The ATP Tour, the organization of the current professional circuit for men first took place in 1990.

As for women’s tennis, the creation of the WTA–Women’s Tennis Association–took place in 1970. However, it didn’t become official until three years later. Its headquarters are in St. Petersburg, Florida.

Together, the ATP, the WTA, and the ITF -International Tennis Federation- organize, regulate, and supervise the most important tournaments of this sport worldwide. They also participate in Olympic, Paralympic, and youth competitions.

Changes in the tournaments of the time

Before the Open Era, there were two sides to the tennis world. On the one hand, there were the amateur players who played the most prestigious tournaments and received only transportation, food, and lodging expenses. On the other hand, there was a group of tennis players who traveled around the world giving exhibitions for money.

Bjorn Borg, one of the most outstanding players of the Open Era.

When the Open Era of tennis began, these two worlds converged into one. Amateur and professional tennis players–in theory with a higher level–faced each other in tournaments that already had commercials and a large public that paid to see them in action.

Without a doubt, it was a complete change, especially for those who weren’t used to this enormous stage. Many of them feel the pressure, according to Mark Cox, the first amateur to beat a professional in history.

Since then, media coverage multiplied and the public’s attention grew as never before. And all this led to the tennis world we know today, with super pro tennis players who dedicate their entire lives to this activity, brands that pay millions to show off at great events, and exorbitant profits.

Everything you Need to Know About Wheelchair Tennis
Wheelchair tennis is a variation of tennis that allows people with physical impairments in their lower limbs to continue their passion. Get the scoop! Read more »
Link copied!
Interesting Articles
Fitness
Benefits of Personal Training

Fitness
Arched Back: 5 Exercises to Improve Your Posture

An arched back is a posture problem known as lordosis. It refers to the pronounced curvature in the lumbar or…

Without a doubt, weak or loose abdominals can be considered arduous and lasting torture. The simple fact of even being aware…

Build muscle
Which Muscles Are Worked By Doing Push-ups?

Before doing any exercise, the first thing you have to ask yourself is what it's for and how you can…

Interesting Articles
Diet and nutrition
Food Supplements in Liquid Form: How Can They Be Useful?